In just a few days, the next generation of console gaming will finally begin with the release of the Playstation 4, followed shortly thereafter by the release of the Xbox One. Every time a new console is released, a major point of discussion among gamers is the quality of the launch lineup. In my opinion, too much emphasis is placed on the launch lineup because in the long run launch games rarely ever matter all that much. However, while the majority of launch games pale in comparison to games released later in the lifespan of any given console, there have been rare exceptions. The following ten games are what I consider to be the best launch titles in gaming history. The only rule is that a game must have been a new release at the time of the console’s launch, though it does not have to be an exclusive. So, something like Call of Duty 2 on Xbox 360 would be eligible even though it was on PC because they released at the same time, but Batman: Arkham City or Mass Effect 3 on Wii U wouldn’t be because they were released months earlier on other systems. 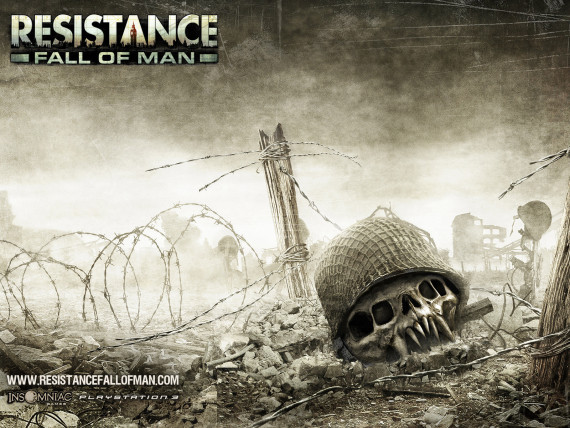 The launch of the Playstation 3 was rough on many fronts. The system was $500 minimum, with the SKU you would actually want priced $100 higher, and almost all the games available were terrible. The lone bright spot was Insomniac’s Resistance: Fall of Man. It wasn’t exactly a revolutionary shooter, but it had solid gameplay, a cool alternate history storyline, Insomniac’s trademark creatively designed weapons, and an ambitious multiplayer mode with servers of up to 40 players. With all the multiplayer shooters available for the PS3 now, it’s probably not worth playing anymore, but at the time it gave the poor folks that threw down $600 on the system at least one good game to occupy their time.

Wii Sports is less a full featured game and more a proof of concept for the Wii remote as a viable input device for gaming. It only features five activities and none of them are very expansive from a content standpoint, but none of that really wound up mattering because of how fun it had the potential to be. Wii Sports showed that motion gaming could be genuinely fun and introduced an unfathomable amount of non-gamers to the hobby. It may not be something most of us have any desire to go back to, but during the Wii’s initial zeitgeist, Wii Sports provided some of the most fun multiplayer gameplay you could find, and is still one of the high points for motion gaming. 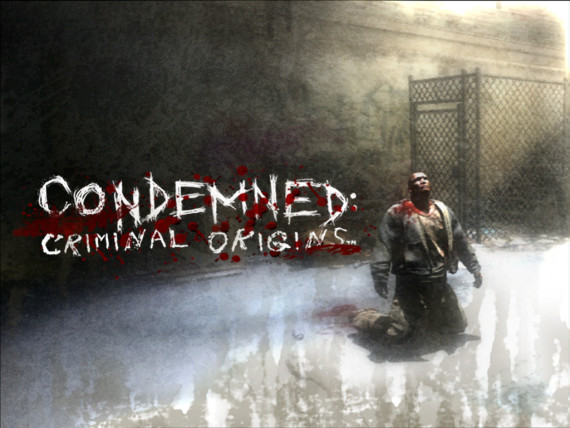 The launch of the Xbox 360 featured two games that received the majority of the hype and media attention, those of course being Call of Duty 2 and Perfect Dark Zero. While those games were decent by launch title standards, Condemned: Criminal Origins was an excellent horror game that came in under the radar. Condemned had an amazing sense of atmosphere to go along with brutal and intense first person melee combat. Unlike most launch games, Condemned is a game that still holds up pretty well today, visuals notwithstanding, so if you’ve never played the game you should definitely give it a shot. 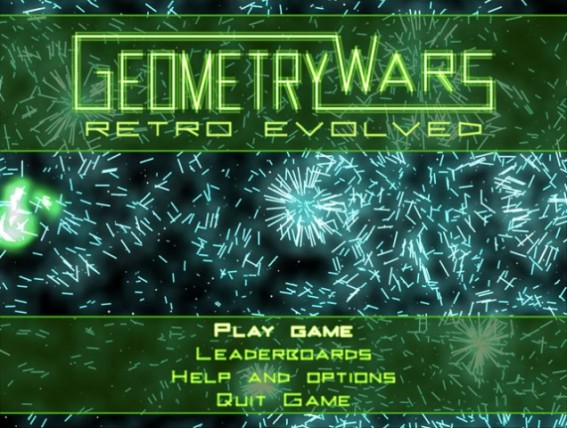 Xbox Live arcade began as a very niche service for the original Xbox that required a disc in order access, and almost all the games available on the service were simply re-releases of classic arcade games. With the launch of the Xbox 360, Microsoft integrated Xbox Live Arcade into the console at a system level, making it much more easily accessible. The majority of the games available on Xbox Live Arcade at the launch of the 360 were games already available on the original version of the service, but one new game was Geometry Wars: Retro Evolved, and it was an instant hit. The game featured a modern take on classic score focused arcade games and popularized the dual joystick shooter. This game is extremely addicting, the epitome of that “one more try” compulsion to keep playing and besting yourself or your friends. 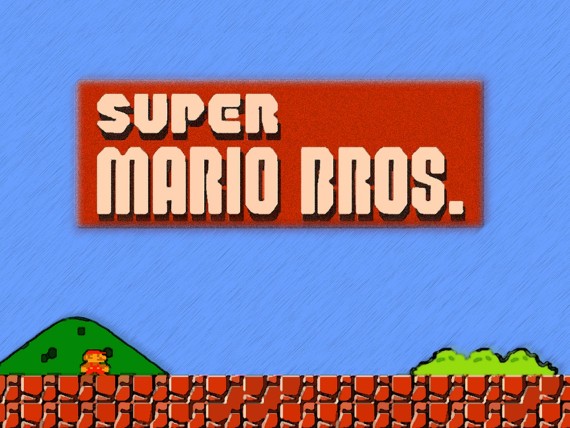 After the video game crash of 1983, it was going to take something monumental to save the industry. Luckily, Nintendo had something up their sleeve, that being the Nintendo Entertainment System with Super Mario Bros. as its flagship title. Taking some of the core concepts of the Mario Bros. arcade game and expanding upon them, Nintendo basically created the 2D sidescrolling platformer genre. If this list were of the most influential launch games and not the best launch games, Super Mario Bros. would be at or near the top of the list, but even under the criteria of “best launch game” it still absolutely deserves a spot. Super Mario Bros. is a fantastic 2D platformer, it just so happens that its sequels are better games. 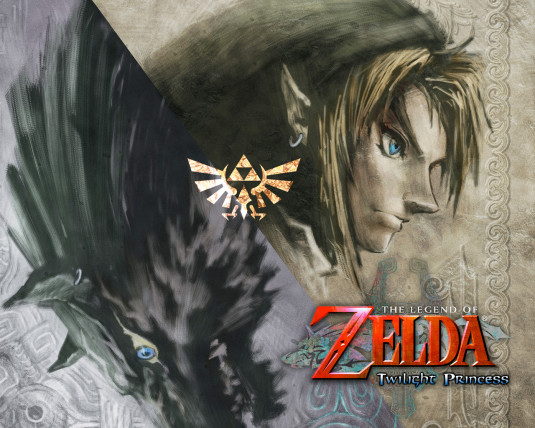 The Legend of Zelda: Twilight Princess is an outstanding game, but I struggled with whether or not to put it on this list. The main reason this decision gave me so much trouble is because it was also released on the Nintendo Gamecube. Now, that doesn’t disqualify it, but the fact that everything that makes the Wii version different from the Gamecube version also makes it a worse game isn’t exactly a ringing endorsement for a game that’s meant to sell a new console. Ultimately though, the poor motion control implementation and mirrored world don’t hurt the game too much, and the core of Twilight Princess is still excellent no matter what system you play it on. It may not do much new or interesting compared to some other entries in the series, but it is still an excellently designed game with fun gameplay and some of the best boss fights the series has to offer. 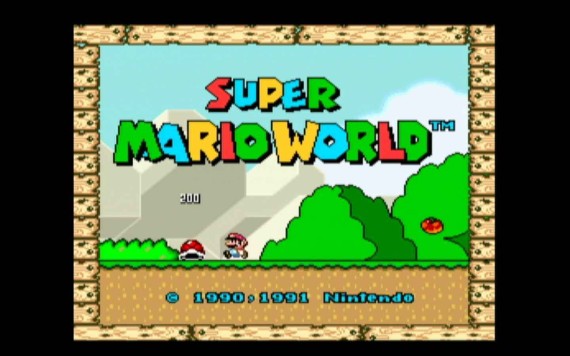 Super Smash Bros. was an interesting experiment when it first hit the Nintendo 64 back in 1999. The sequel on the Gamecube, Super Smash Bros. Melee, took that experiment to new heights. Now, it isn’t technically a launch game, but it released only two weeks after the launch of the Gamecube in North America, so I am going to count it. As for the game itself, it took everything that was great about Super Smash Bros. and expanded upon it. It has double the number of characters that were featured in the original, three times as many stages, and a deeper combat system. 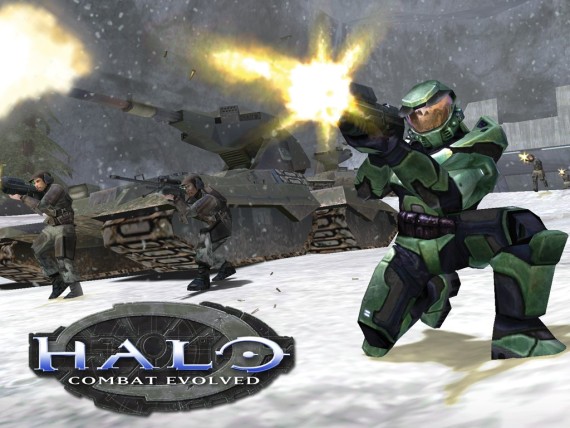 Halo is one of the most influential games of all time. Prior to Halo, first person shooters on consoles were always considered “console shooters”. Even the good ones were “good for a console shooter”, but Halo was just plain good. Obviously playing FPS games with a keyboard and mouse was still preferable, but Halo’s controls and design considerations got it as close to PC shooters as any console game had ever been, and ushered in a new era of first person shooters on consoles. Putting aside the advancements it made for the genre, it was still a fantastic game. It had excellent level design, fun and frantic combat, some of the best enemy AI seen any game to that point, and phenomenal music. 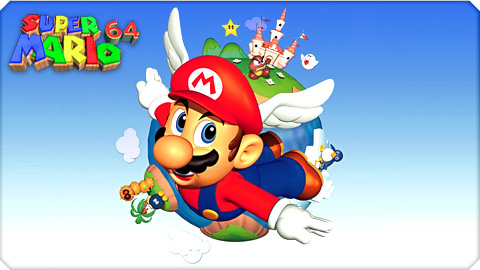 The amazing thing about Super Mario 64 isn’t just that it invented the 3D platformer genre, but the fact that it still remains one of, if not the finest, examples of that genre. Utilizing the new analog control stick of the N64, Mario 64 set the gold standard for moving a character in three dimensions. It also had outstanding level design, perfect controls, some of the best graphics ever seen at the time, and excellent music both classic and new. Super Mario 64 did exactly what a top tier launch game aims to do by showing exactly what the console was capable of and offering an experience that couldn’t be had anywhere else. As a launch game, Super Mario 64 is as good as it gets.