We knew Pokemon would be a huge hit, but it’s still amazing to see all the numbers spelled out in front of you. The 3D debut of the long running series is the fastest-selling game ever on the handheld, moving more than a million units on day 1, a milestone that took a month for runner up Mario Kart 7. The games have also sold a combined two million copies in the U.S, which means that one in five 3DS owners purchased the game.

Pokemon X and Y is the 9th Pokemon release to move more than a million units in its first month and has helped sales of the console jump 135% since its release.

Check out the infographic below and our review right here. 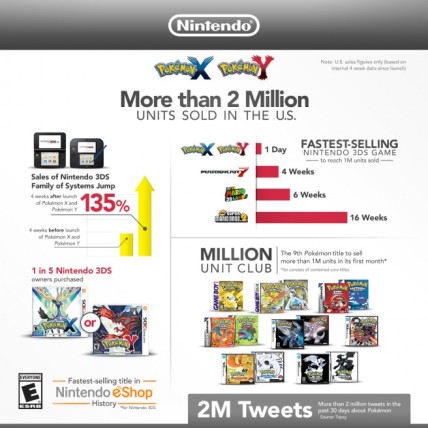