As a hardcore Adventure Time fan, it’s meant a lot to me that actual video games have been spawned featuring my favorite characters. It’s also unfortunate, though, since the first Adventure Time game came to 3DS and was extremely underwhelming, messy, and complicated. Coupled with a clear lack of instruction and the personalities I found funny from the show, I put Adventure Time: Hey, Ice King! Why’d You Steal Our Garbage?! away for some time and approached the latest release, Adventure Time: Explore the Dungeon Because I DON’T KNOW! with trepidation. Though I had been eyeing the dungeon crawler for some time (anything to force the taste from the previous game from my mouth), I wasn’t quite sure if this effort could quite set itself apart. Was it successful in doing so? 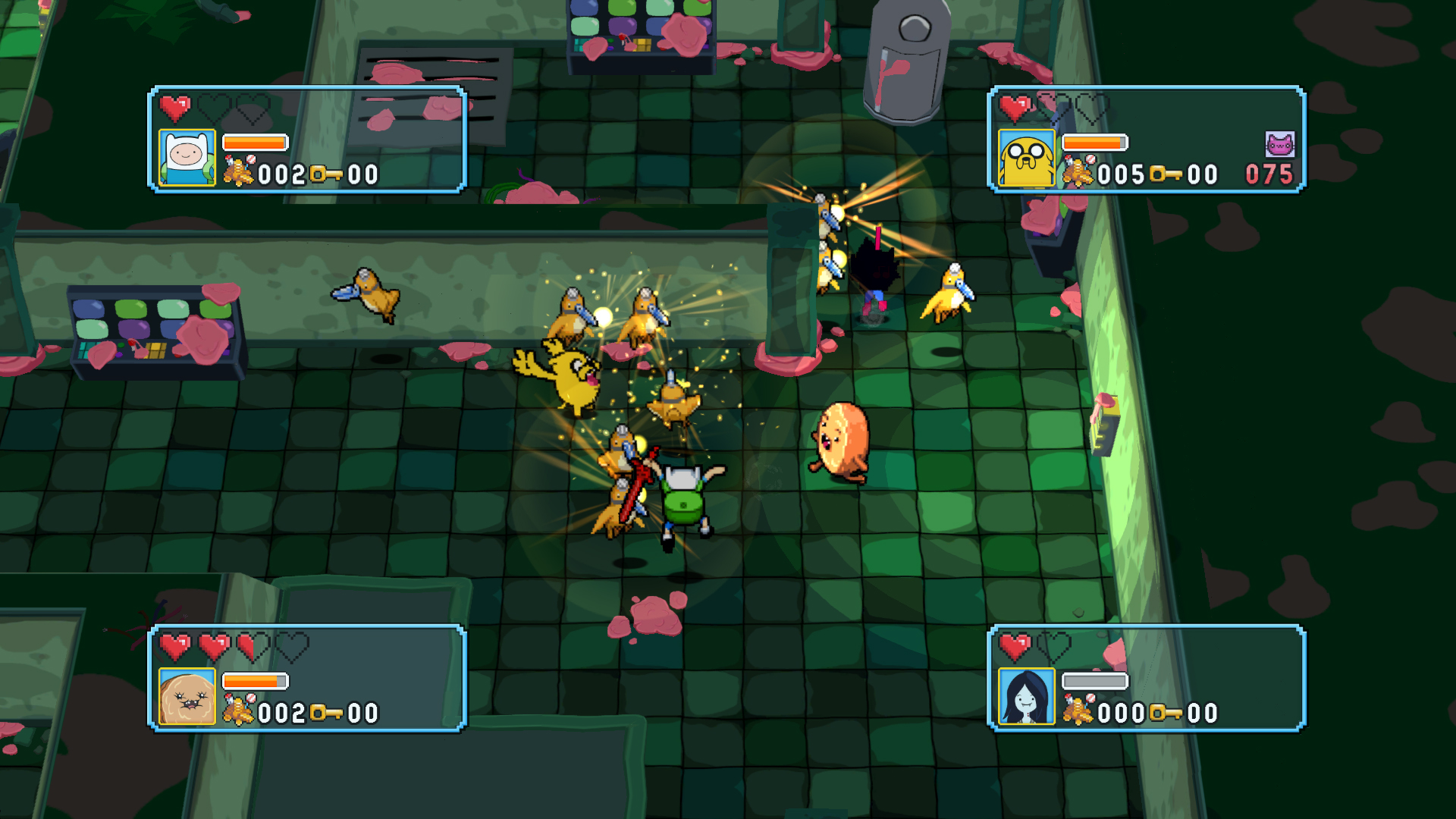 The short-term answer, at least as far as the first few levels of hacking through unrelated enemies and boring environments, was yes. At the very least, it featured a bounty of excellent voice acting, familiar Adventure Time characters, and an attractive 8-bit aesthetic called upon in various areas. For about an hour or two, I was enamored.

And then the magic wore off. I slowly realized that every floor of each dungeon felt far too similar to the last. I was defeating the same few types of enemies over and over, and for what? Scattered loot, kitten launchers and one-liners from Finn or my chosen character? Throughout 100 levels beneath Princess Bubblegum’s castle, you trek through a dungeon filled with enemies that largely have nothing to do with the show and serve only to fill space as targets. Pick up alternative weapons for ranged attack, power-ups, and more, but in the end you complete the same objectives time and time again.

Repetition wouldn’t be such an issue if the premise itself weren’t so extremely simplistic. Check into the dungeon, hit the fifth floor of each area, then head back to the hub world to take on new quest, switch characters, and more. Returning there is costly as well, so you’re forced to time your visits to when you’re ready to make purchases. If you head back into the dungeon for some more exploration without spending all your hard-earned loot, the Candy Tax ensures you lose all of your money when you return. It’s frustrating, if only because you’re forced to journey deeper and deeper into each dungeon with the ever-present threat of being sent back before being ready. And you won’t want to keep going back to the grind again and again, because it very quickly becomes dull.

This results in another issue: equipment, augments and other items become more expensive. It’s a never-ending cycle. Sure, you could potentially explore each floor and snap up all the treasure that piles up neatly after slaying a monster (or kicking open a chest), but if you die and are sent back early, you’d better have some items in mind to purchase if you don’t want your hard work to go to waste. It’s a bit like Rogue Legacy in that respect, but not in a good way. 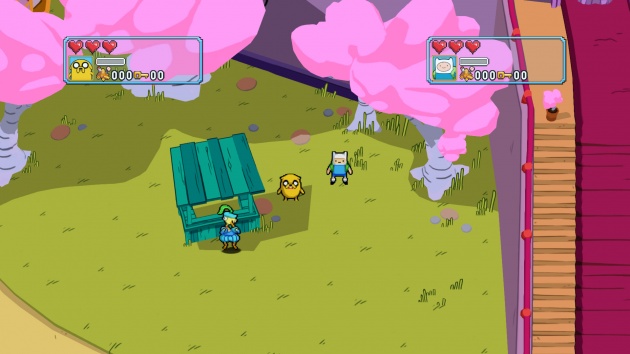 A one-hit attack, charged assault, and ranged attack is all begin with in your repertoire and don’t expect this to change. You’ll unlock additional playable characters as the game wears on, but a barebones plot, veritable lack of charm and frustrating hit detection will keep you from soldiering on as you reach the later levels. It’s a slog through and through, and with a lack of character customization, elements more shallow than a Gauntlet-like grind, and a startling lack of Adventure Time charm, it’s tough to recommend. Pick up the first couple seasons of the show instead.