Drox Operative is a starship action RPG by Soldak Entertainment that released for PC about a year ago, with an expansion hitting digital store shelves this month. The game plays a lot like Diablo in space, with a large emphasis on combat, questing, and loot. It’s much more than a simple dungeon crawler though, with significantly more complex mechanics. These mechanics include things like cross species diplomacy, several conditions for victory and defeat in each solar system, and elements of galactic exploration. 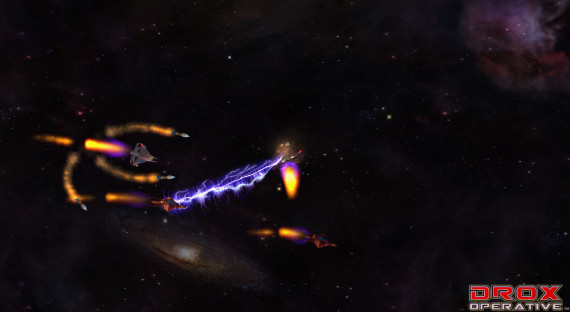 Drox Operative does a fantastic job of taking familiar elements of dungeon crawling action RPGs and infusing them with sci-fi world building and lore elements. While we all know it is satisfying to find loot and upgrade your warrior or mage with new gear, it turns out it is also extremely satisfying to upgrade your ship and crew as you level up and outfit it with new weapons and gadgets. Sometimes loot driven action RPGs can get a bit repetitive, but Drox Operative‘s mix of combat, exploration, questing, and diplomacy give it a nice feeling of variety.

Combat is a lot like what you would expect from something with obvious similarities to dungeon crawling action RPGs. You simply click on enemies to do your basic attack, but as you find new weapons and equipment for ship, you gain access to new types of abilities which are mapped to the number keys. These include things like drones which follow your ship around and attack enemies, and new types of advanced missiles and other projectiles. The quest design is hit or miss, with some being quite interesting while others veer into MMO territory. MMO territory in this instance being things like “collect x number of a specific item” or “kill x number of a specific enemy type”. 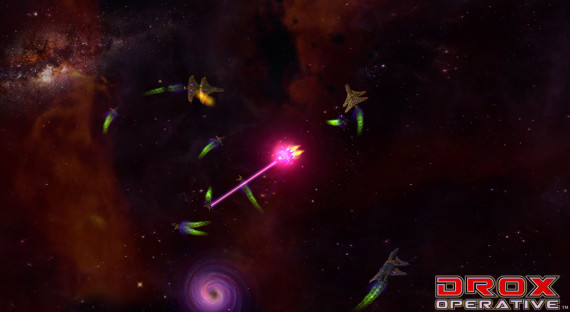 When you begin, you are given the choice between a bunch of different races. They are each defined by a single, for lack of a better word, gimmick, but that at least ensures that each race is unique from one another. These defining features are things like a race of plant people, beings of pure energy, dragon men, bug people, and so on. Even though you pick one of these races to play as, it only determines your ship and abilities, not your allegiances.

You play as a Drox Operative, basically an elite mercenary. This means you can align yourself with or against any of the groups you come across, and can even play them off each other. The diplomacy is really where Drox Operative stands apart from other similar games. It can get very interesting trying to manage your status with all the different races, especially when something as small as completing a quest for one faction may cause another to become hostile towards you.

The recently released expansion pack, Invasion of the Ancients, adds quite a bit to the game. Rather than adding a new campaign or separate mode, this expansion integrates a lot of new content into the core game, mixing things up significantly. The expansion adds a new playable race, new enemy types, new ship upgrade components, adds space stations into the mix, and of course introduces the titular ancients. The Ancients are a precursor race which ruled the galaxy long ago, but were driven out. Now they have returned to reclaim what was once theirs. 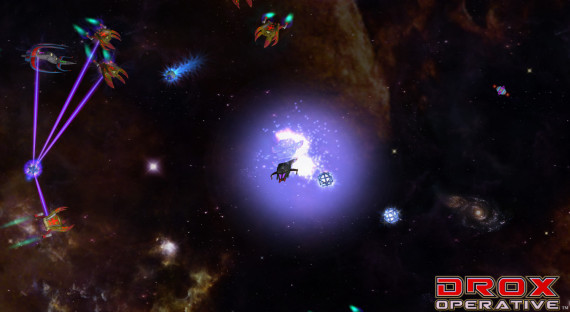 With the release of this new expansion, now is the perfect time to jump into the game. Playing through with all this extra content is a great way to experience it for the first time, so if you’re considering giving the game a shot, pick up the expansion as well. Drox Operative also has online co-op play, so if you enjoy these types of games with friends, that is an option in this game as well. Drox Operative and the Invasion of the Ancients expansion are both available now on the developer’s website, and you can also vote for the game on Steam Greenlight.