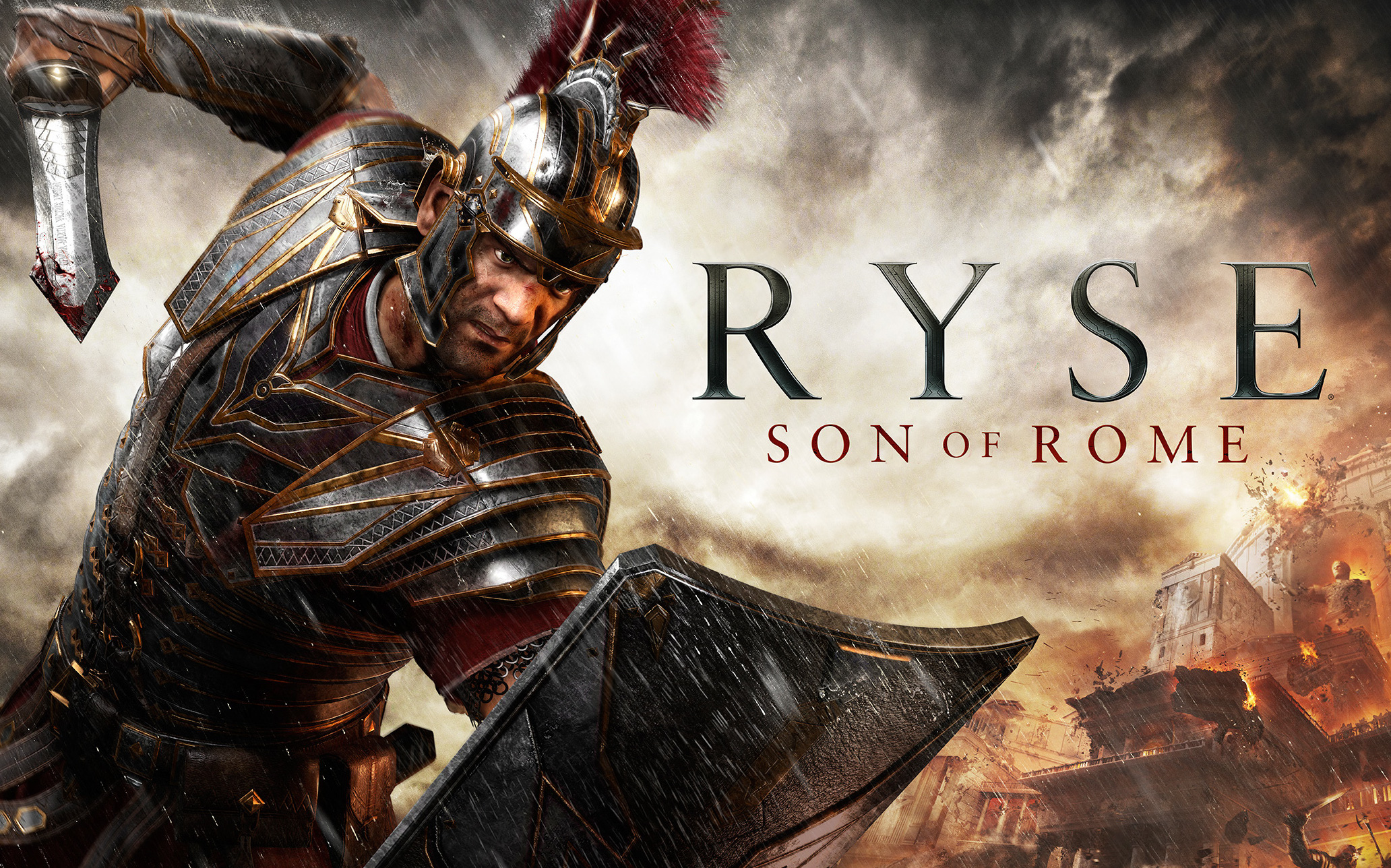 Ryse: Son of Rome should be a slam dunk. It’s developed by Crytek, who hasn’t done a bad game (no, Crysis 3 wasn’t a bad game), looks visually stunning and focuses on Rome, which was involved in some of the most interesting battles and politics in human history. Yet ever since it was first demoed at E3, the collective gaming community seem to be down on it. First came the 900p controversy (which turned out to not be much an issue considering other games are running at lower resolutions), followed by accusations of it being one long quick time event and most recently, rumors of a short playtime. What should have been the must-own, action-packed new IP of Xbox One’s launch was shoved aside in favor of another racing and zombie-killing game. Now that we finally have our hands on the final product, we once again venture through Rome and attempt to avoid Gladiator puns.

Ryse stars Marius Titus, a Roman soldier hailing from an impressive background. His mother is loving and his father is a respected politician in Rome. Marius is content serving Rome as a garden variety soldier until one day his entire family is slain by barbarians. Vowing to take vengeance on those responsible, Marius joins the Fourteenth Legion, the most respected and skilled group of soldiers, and sets out across the world. Of course, as this is a story involving Rome, all is not as its seems and betrayals and plot twists are always afoot.

For a short action game, the story is surprisingly good. There’s nothing all that unique about it and it’s not exactly memorable, but it boasts some great dialogue that’s enhanced with excellent voice acting. The characterization is equally impressive, with more soul than one would expect. The standout character is certainly Basilius, the effeminate son of the emperor. Spoiled, selfish and possibly psychotic, his lines are hilariously dark and adds a lot of flavor to scenes that could have otherwise been dull.

Ryse features an interesting combat system that takes cues from multiple hack ‘n slashes, but assembles them together into something unique. X is for a sword attack, Y is to push enemies, B is to Evade and A is to deflect attacks. It’s a bit of a “rock-paper-scissors” system as deflecting beats an attack, evading beats a heavy attack, pushing beats a deflect and sword attacks beat vulnerable enemies. After dealing enough damage, an enemy can be executed. This brings combat into a series of quick time actions where either Y or X is hit to correspond with a flashing color. Everything takes about a level or two to get used to, but proves to be enjoyable when it becomes second nature. The problem then becomes that doing this about a thousand times is tedious.

The executions take about seven seconds to complete and are impossible to lose (doing them quickly simply results in a higher score), making them feel unnecessary. More still, combat is never varied enough to get past the basic rock-paper-scissors system. Sure, enemies are added later in the game that require dodging or more careful countering, but it still relies on the same now incredibly repetitive system. It’s something that’s fun for about two hours before feeling like you’ve experienced everything the game has to offer.

This also likely explains why Ryse is so short, easily completed in under six hours. In fact, I was able to accomplish this on the Soldier (medium) difficulty, even though easy is default. Even on the harder difficulties, it’s still quite easy. I died under ten times; had I been patient using the countering system on tougher battles, I likely could have completed it with substantially less deaths. Even at such a short length, however, Ryse still manages to become devastatingly repetitive and wear out its welcome at about the sixth (out of eight) level. This would happen even earlier if not for the impressively varied environments, which boost appeal quite a bit. You’ll see multiple parts of the world and Rome via both small and large scale battles. One the early levels involves an incredible siege of a beach where hundreds of men are fighting around you and ships are sinking in the distance. It also features great use of the turtle formation mechanic, which although simple, is enjoyable every time it appears. There’s also a great boss battle under a Wicker Man and, of course, a level set inside The Colosseum made more interesting by shifting platforms and environments.

As Ryse is a launch title, it’s important to note how beautiful it looks. It’s not all that eye-popping simply seeing stills, but runs smooth and can render gigantic environments without blinking. One level features a siege of a city from the exterior walls that sees thousands of enemies continually approaching.  Although too dark at times, it seems alive and shows off the rendering power of the Xbox One. Another highlight are the incredible character models that are the best I’ve witnessed on either next-gen console. Although Killzone: Shadow Fall frequently tries to boast how awesome its characters facial features are by making them act like Judge Reinhold in Seinfeld, Ryse is content allowing realistic conversations to take place and frame the results. Cutscenes are especially impressive with some incredible moments of realism and near perfect lip-syncing at all times. Forza 5 is the console’s demo disc, but Ryse is a great choice for those who simply want to quickly experience the potential of Microsoft’s new console.

Ryse has an interesting dilemma. It contains a fun combat system, a fine story and beautiful visuals, yet fails to make an impact. It’s damaged by being painfully short (under six hours), linear and repetitive, the combination of which proves hard to overcome. It remains enjoyable all the way to the end, but it’s the sort of game you’ll clear in an afternoon and never touch again. Gorgeous visuals, including the best facial animations of any Xbox One release, and impressive large-scale battles makes it worthy of a “third choice” launch title, but justifying its purchase may prove harder than rebelling against Rome.