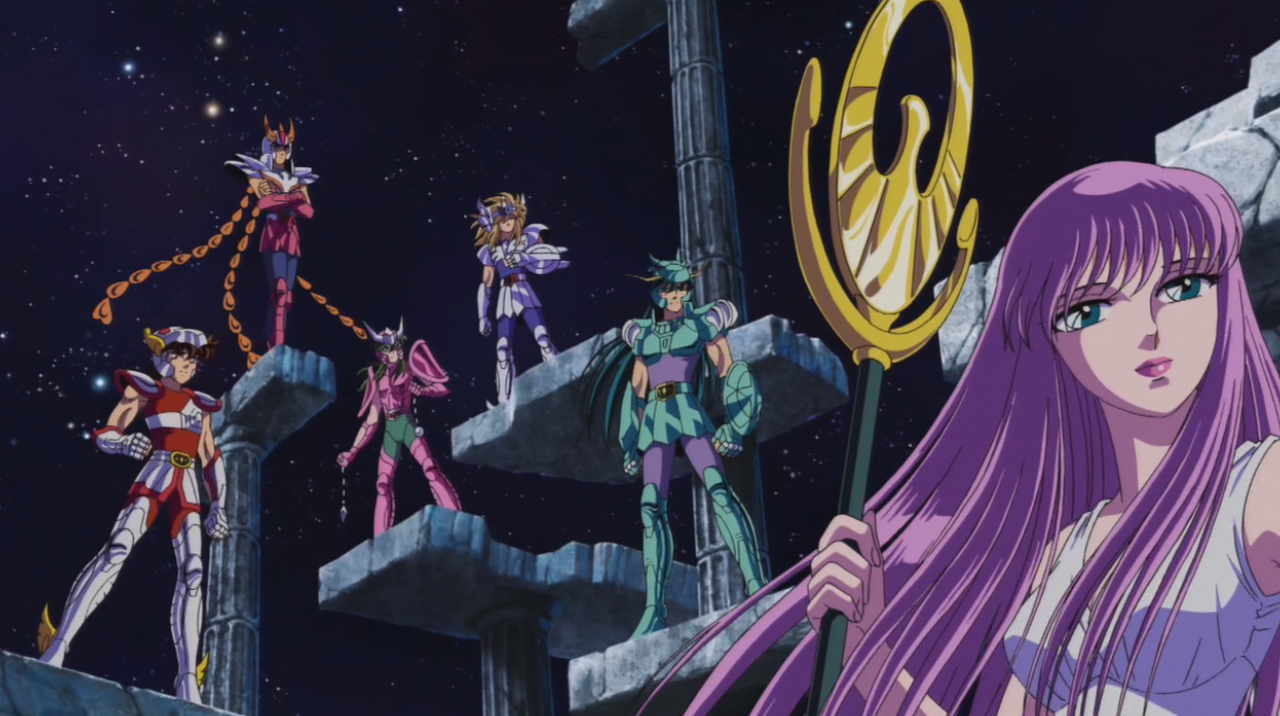 Recently, Namco Bandai has been bringing back classic jump series. Among them was Saint Seiya Senki, which played like a Dynasty Warriors game.  Fans and newcomers were equally impressed, though many were disappointed that it lacked a fighting mode. To resolve this, Dimps made a new game, Saint Seiya: Brave Soldiers. Unlike the previous game, Saint Seiya: Brave Soldiers is a straight up fighting game that covers the three main arcs of the original series. While this is exactly what fans asked for, will it live up to expectations or did they get it right the first time?

Before you can really start playing Saint Seiya: Brave Soldiers, you need to complete Saint Chronicles. This mode starts with a brief explanation of the events prior to the Sanctuary story arc. After this roughly five minute long explanation, the story starts from the beginning of the Sanctuary arc. You get to experience all the important events of the arc from here, though don’t expect a lot of details or high production values.

Most of the story is told via in-game stills of the characters, with some characters getting a few different poses. For instance, you see a different model when you break off Aldebaran’s horn or Seiya might get a new stance to show he is serious. Sometimes they change it up by using a still from the nearly 30-year-old anime, though that’s about it. This is quite disappointing if you were looking forward to animated sequences, though Saint Seiya: Brave Soldiers makes up for it by also covering the Poseidon and Hades arcs.

Anyway, once you start to play Saint Seiya: Brave Soldiers, you’ll quickly notice all the gameplay flaws. First and foremost, the combat system is very shallow. Simply put, every combo is performed by pushing square or triangle. The only thing you can really control, is how you end a combo. You can either finish out the sequence, push L2 and another attack button for a Cosmo burst attack or do your special move by pushing circle. Beyond this, there isn’t much else to learn. To make matters worse, the AI is pretty stupid. 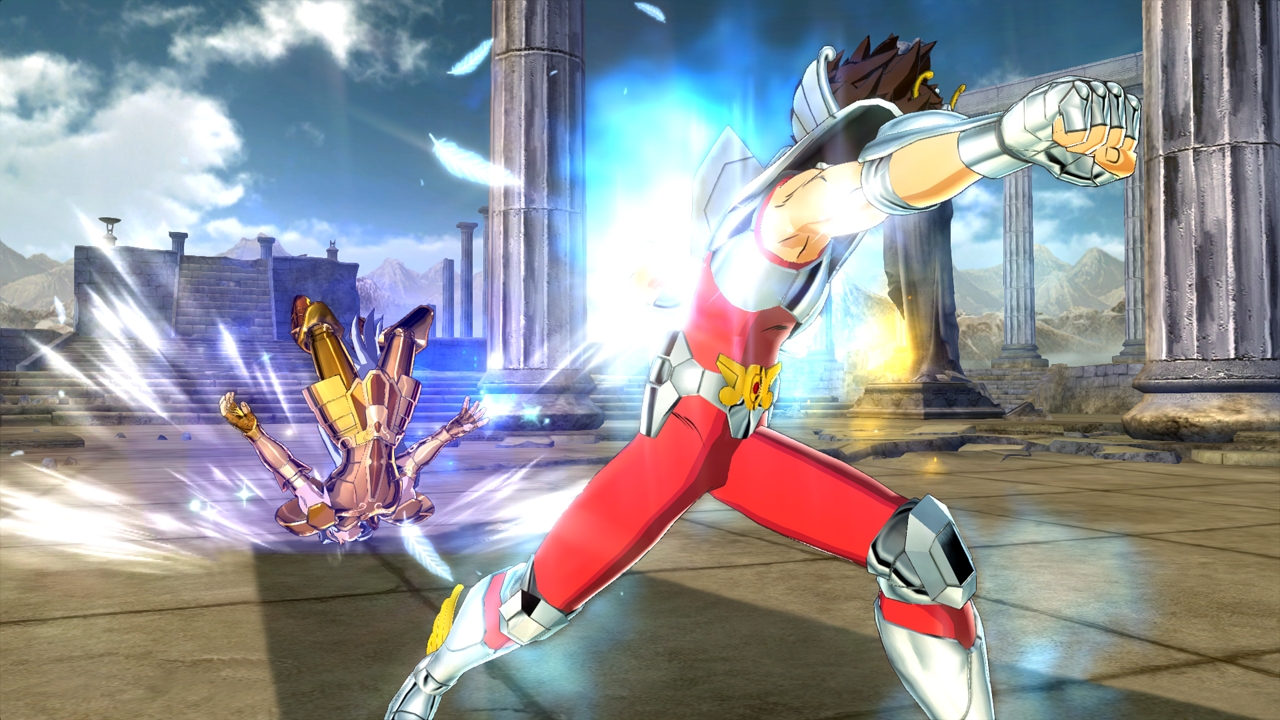 More often than not, the AI will just dash around and then randomly charge their Cosmo. This leaves them wide open for attack, which the AI will rarely block. If the AI does attack you, the simple combat system makes them stupidly easy to read. Just wait until their sequence is done, then start attacking. If that doesn’t work, just push R1 for your lightspeed counter. Doing this will put you behind your enemy and leave them wide open to attack. However, as long as they have Cosmo remaining, there is a chance they will counter your counter, though I’ve never seen the AI do so.

To add some difficulty to the story mode, every stage has up to three challenges to complete. Most of these are pretty simple, like win with 50%+ life remaining or achieve an S rank. A few of them do require some skill, like one requires you to land 5 aerial combos. However, once you master the combat system, it’s ridiculously easy to dominate challenges and score S ranks.

Besides story mode, there is also VS battle, Survival, Galaxy War and training. VS Battle is your standard offline-fighting mode, where you and a friend or AI can fight each other locally. Survival on the other hand, is a bit different than what you might expect. In this mode, you need to win a series of fights, though every fight has additional challenges for bonus points. Before each round, you get to select which fighter you want. The lower the grade, the easier and fewer challenges you get. This offers a nice change of pace, though most of the challenges are pretty easy. The final Galaxy War mode, is basically just a tournament mode. You can either play against the AI on various difficulties or duke it with up to 8 other people.

One of the biggest annoyances in Saint Seiya: Brave Soldiers, is that you need to unlock every character before you use them. To unlock characters, you must finish story mode and win Survival/Galaxy War on each difficulty. So if you don’t have every character unlocked, then you’re looking at a serious disadvantage online. It’s not hard to unlock them, though this is a needlessly tedious act, especially if you just want to play online.

Speaking of online, it isn’t the best. Of the matches I played, there were some issues with lag and most players relied on the cheapest of moves. Thankfully the servers seem to be region free, so you don’t need to rely on NA sales to populate the game. 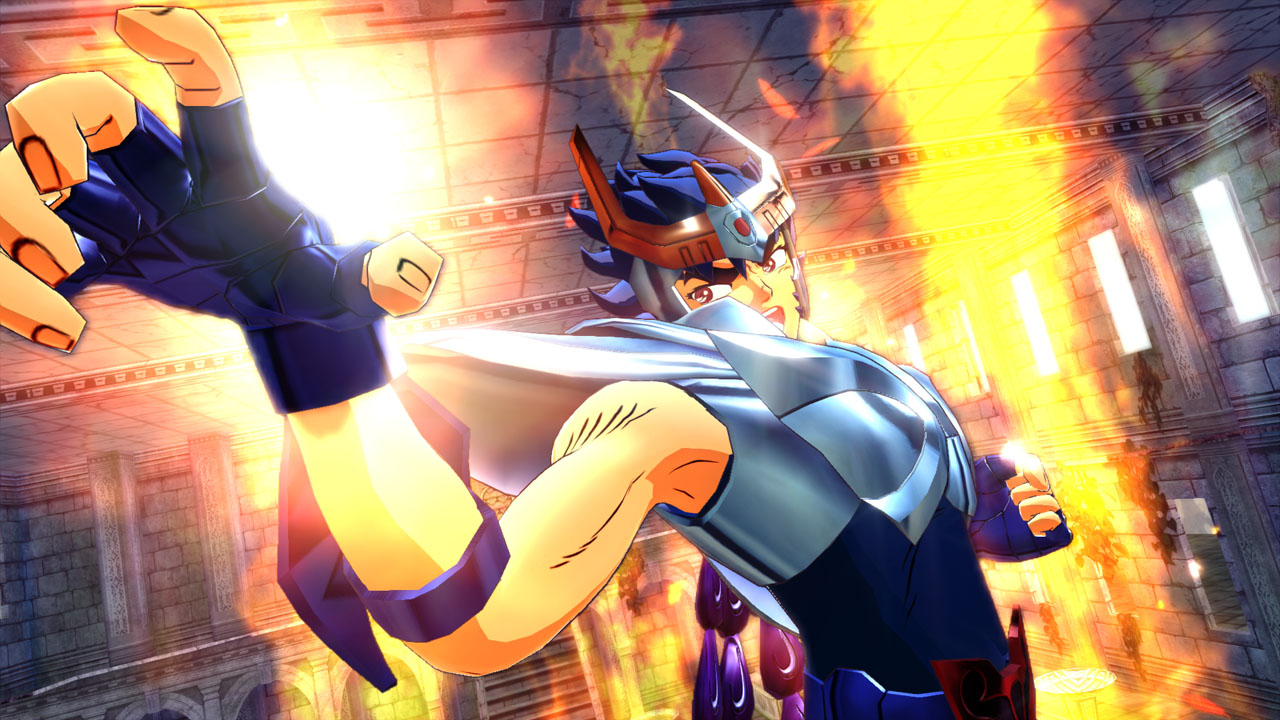 Saint Seiya: Brave Soldiers feels like a rushed game with a very small budget. Every character works and plays largely the same and you can easily master the fighting system in a couple of hours. The lack of real cutscenes is a bit disappointing, though fans will appreciate the inclusion of the Poseidon and hades arcs. While the single player offers a decent experience, the dumb AI and simple mechanics will limit your fun. Thankfully, online requires a lot more skill, but that still requires you to unlock the fighters you want. Overall, unless you’re a huge fan of Saint Seiya, it’s simply not worth playing.