There are many video game characters, colorful or dramatic; playful or Adam Jensen. Contained within this article is a detailed description of one of those characters. This classified information is dubbed Character Profile. Please use with only the highest discretion.

Yoshi is a beloved Nintendo character and has been around since 1990. He’s a dinosaur and devoted sidekick to the Mario brothers. Players nowadays may know him as the best home run hitter in Super Smash Brothers Brawl or just another participant in Mario & Sonic at the Olympic Games, but gamers of old will recall him as a trusty mount, babysitter and lover of fruits. 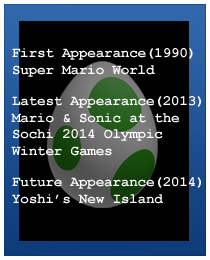 He made his debut in Super Mario World as a steed for Mario to traverse levels; eating fruit, enemies and absorbing attacks along the way. Yoshi was supposed to appear in Super Mario Bros. 3 but due to the limitations of the NES, was placed on hold until the Super Nintendo. While Mario and Yoshi are on their journey to save Princess Peach, they must also rescue Yoshi’s friends who have been imprisoned inside eggs by Bowser. After becoming so popular in Super Mario World, Yoshi began appearing in his own series of games as the main character. Yoshi was Baby Mario’s dino-sitter in Super Mario World 2: Yoshi’s Island, his first starring role. In this game he is taking care of Baby Mario which brings him all the way to Bowser’s Castle to reunite him with Baby Luigi. After defeating a giant Baby Bowser, Yoshi successfully brings the twins together just in time to go home. Yoshi’s Island was a raving success, praised by critics and sold more than 4 million copies. 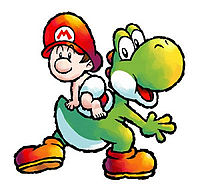 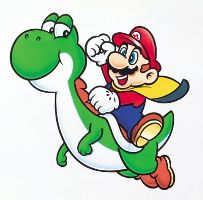 Even though that marked Yoshi’s first appearance in a starring role, he sort of had some a few years earlier. They weren’t part of his own series but in the early ’90s, Yoshi’s name made its title debut. Yoshi, Yoshi’s Cookie and Yoshi’s Safari all featured the green little guy in a variety of genres. Yoshi and Yoshi’s Cookie are both puzzle games. In one, you need to move lines of tiles in a Rubik’s Cube-like fashion and when each row of cookies matches the board is cleared. The other puzzle game plays more like Tetris. In Yoshi, tiles will fall and you control Mario who swaps each set around to match the images. A rail shooter– one genre Nintendo does not delve much into — Yoshi’s Safari is unlike any Mario/Yoshi title. You play as Mario riding on Yoshi’s back as he shoots at enemies on the way to save a King and his son from Bowser. These titles were released before Yoshi’s Island but did not display the platforming gameplay that the various Mario games are known for. Once Yoshi broke away from Mario’s butt, he was able to garner his own fanbase. 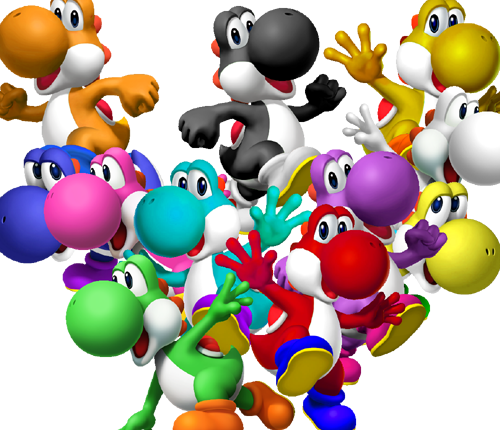 In more recent times, Yoshi has been seen alongside his old companion. He’s appeared in Mario Tennis,various releases of Mario Kart and Super Smash Bros. Yoshi is a great athlete and the best hitter when it comes to sandbags in Brawl. He along with his multi-colored brethren have also been seen on the Wii U exploring the Mushroom Kingdom with Mario. He’s also had a number of strange abilities such as vomiting fruit juice, inflating and pounding the ground with his butt. Yoshi is going to save the babies once again in 2014 with sequel on the 3DS called Yoshi’s New Island. He couldn’t stray too far from his responsibilities as a caretaker, but that’s what gamers know him as: the first video game babysitter. Yoshi is one of the industry’s popular characters and has been recognized as such by various “Top Lists.” He’s been ranked the number 2 Mario character of all time, one of the best sidekicks and has been listed in the Guinness Book of World Records among their list of the “Top 50 Video Game Characters of All Time.” He is loyal to the end and will never leave Mario behind.