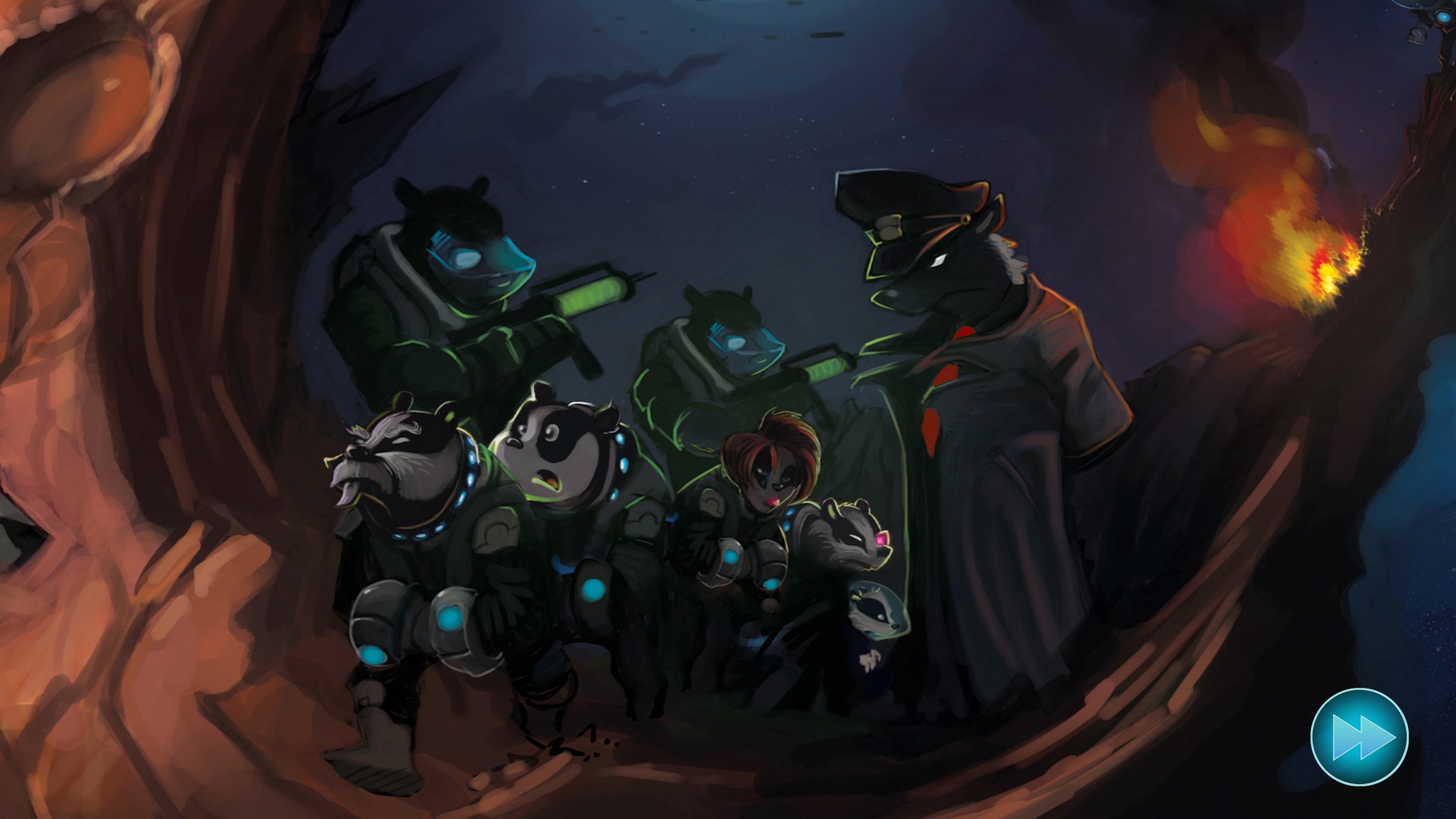 As the internet loves to remind us, honey badger don’t give a damn. Neither, apparently, does anyone at Wales Interactive. They don’t give a damn about competent gameplay, or art, or humor, or anything that could make their game, Gravity Badgers, even remotely entertaining. The only damn they seem to have given is in the form of the game itself, which I suspect to be a circle of hell reserved for terrible mobile developers.

From the outset, Gravity Badgers certainly seems cool. It has a neat art direction that evokes campy old Sci-Fi, some kickass title screen music, and it’s bursting with badger puns (heh, Badger of Honor).  The veneer comes off pretty quickly though, and you realize the game has maybe 25 unique art assets spread between its 140 levels, the music in which sucks (I hope you like Badger Song remixes, because you’ll be hearing one in EVERY boss fight), and it’s bursting with badger puns (ugh, Badger and Commander). 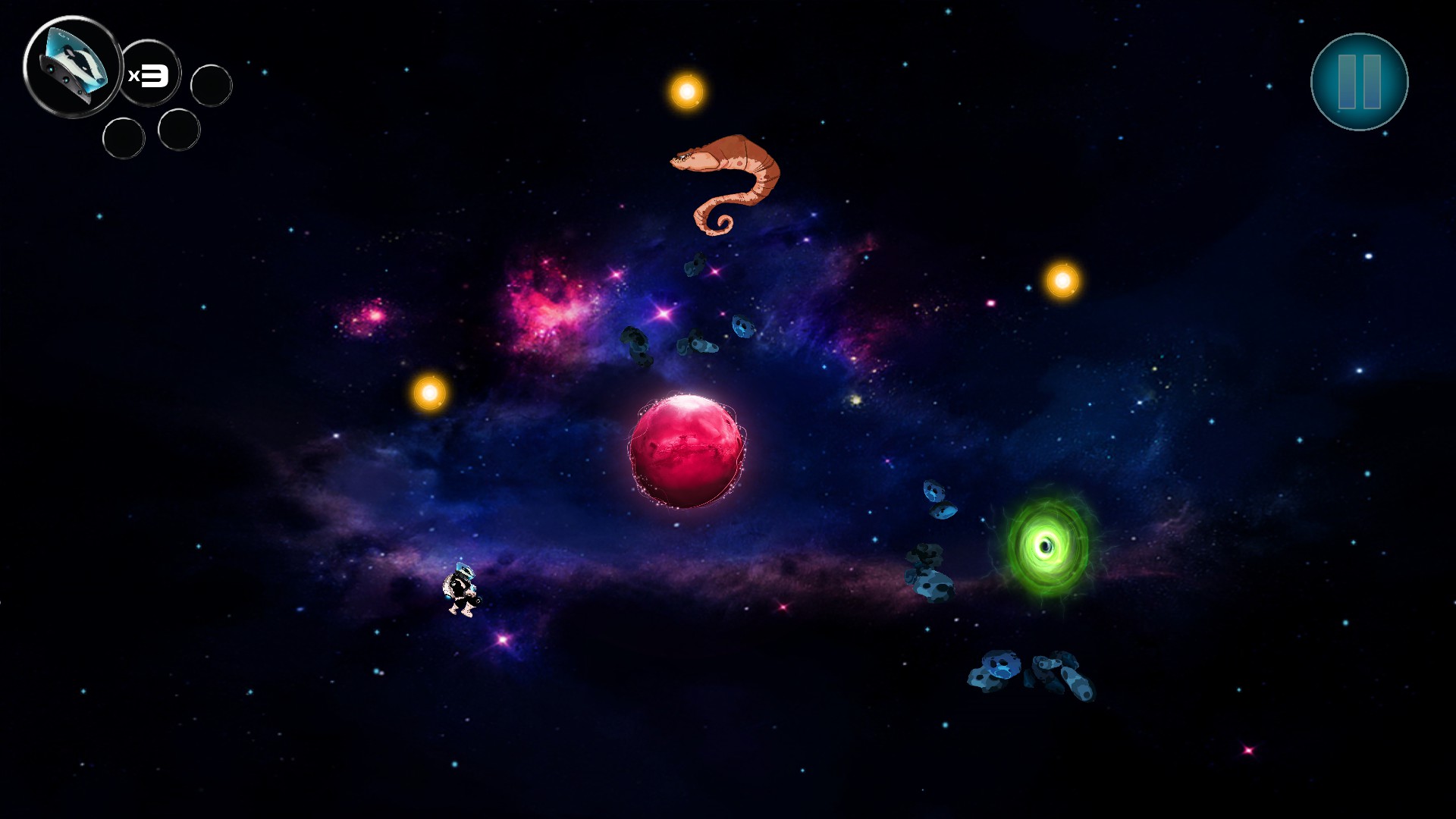 So what is Gravity Badgers, exactly? It’s two hours of my life that I will never get back. More specifically, it is very possibly the world’s worst Angry Birds clone, which is a heck of a feat given the competition, but not the sort of record you want to celebrate. Gravity Badgers takes the “pull and fling” concept and screws it up in every conceivable way. The game opens with a long, tedious tutorial that explains every mechanic up front, ensuring that there will be no surprises in its blessedly short runtime.  The game camera pulls out when you pull back to launch, which changes where your mouse cursor is relative to your badger and makes it difficult to set your power and angle with consistency. If you attempt to retry a map after you complete it to get all 3 stars (or ‘energy cores’, but who cares), the game will forget that you beat the level. So you have to advance, regardless of your score, and then go back. Unless you want to lose progress, or you just don’t care. The latter condition tends to set in quickly.

There is absolutely no difficulty curve here, just a flat plain with a few innocuous spikes of virtual impossibility. The solution for half the levels is just “shoot directly toward the nearest star at full power,” and for most of the rest, you just adjust your course by 15 or so degrees and maybe move your mouse a little closer to your badger. The developers have attempted to increase the challenge by introducing moving enemy (the same worm over, and over, and over) and obstacles, but all this does is force you to wait a bit before launching at the nearest star at max power.  On the few genuinely tricky levels, all the enemies do is add frustration and arbitrary time constraints. 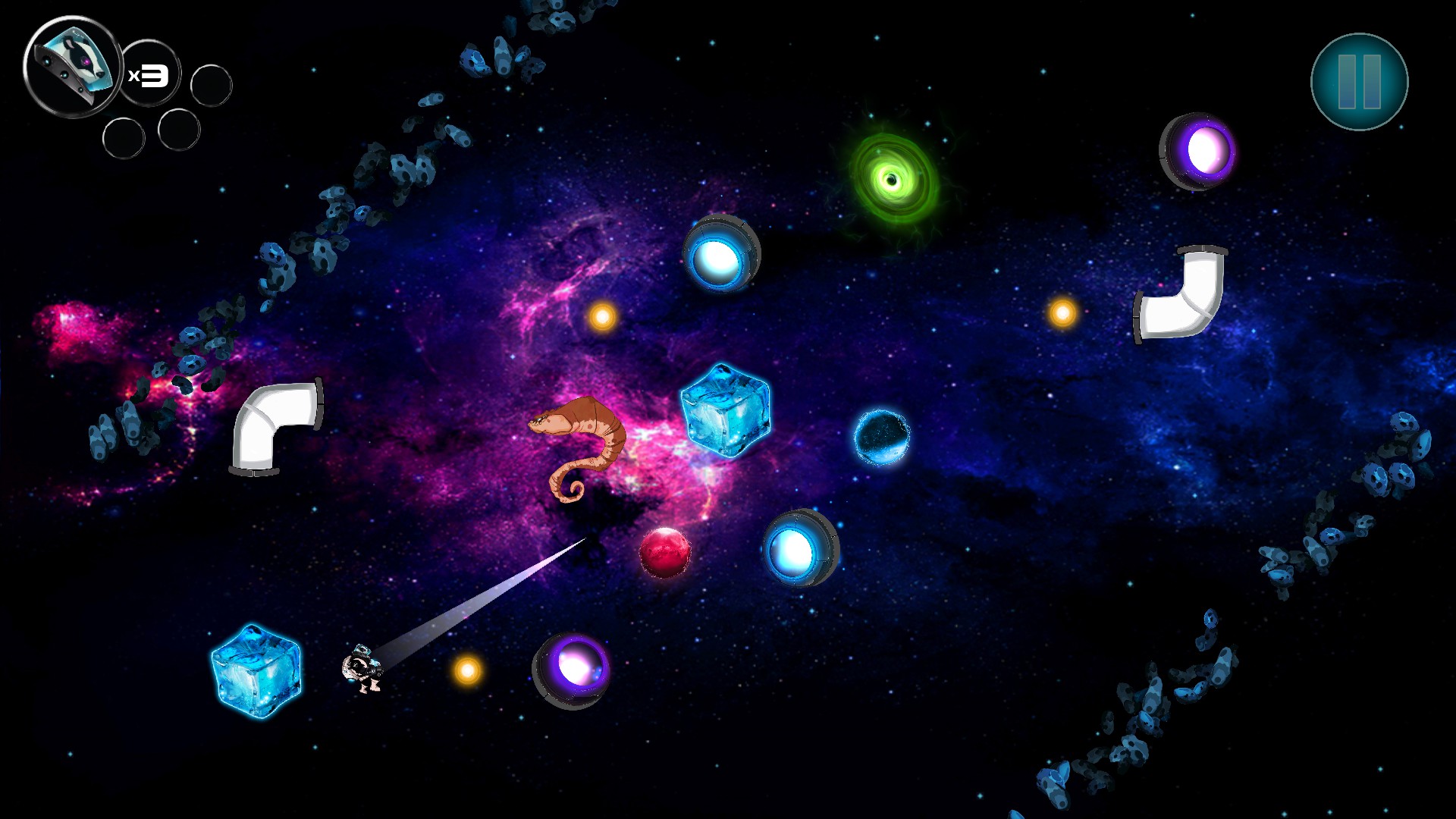 And that’s all Gravity Badgers is, really: arbitrary. Everything is so bland and random. You’re playing with badgers in space because reasons. Your enemies are honey badgers and giant worms. You navigate using planetoids and teleporters and other space-themed crap, but then there’s random L-bend pipes and giant ice cubes just floating there. On some levels, enemies are positioned in such a way that you can die before you even fling your badger (that should really be some kind of euphemism). Even the “gravity” part of the title is a straight up lie. The fields around planetoids can both pull things in and push them away, which makes no goddamn objective sense, but I suppose “Magnet Badgers” didn’t have the same ring to it. I honestly have no idea what anything in this game has to do with anything else, and I don’t think anyone on the development team did either.

They haven’t even bothered to build a sensible set of menus. In fact, I have a challenge for you.  I want you to just look at the screenshot below this, and tell me which of those buttons lets you exit the level. Nope, wrong. It’s the one second from the bottom on the right. It flies in the face of just about every rule of proper interface design. 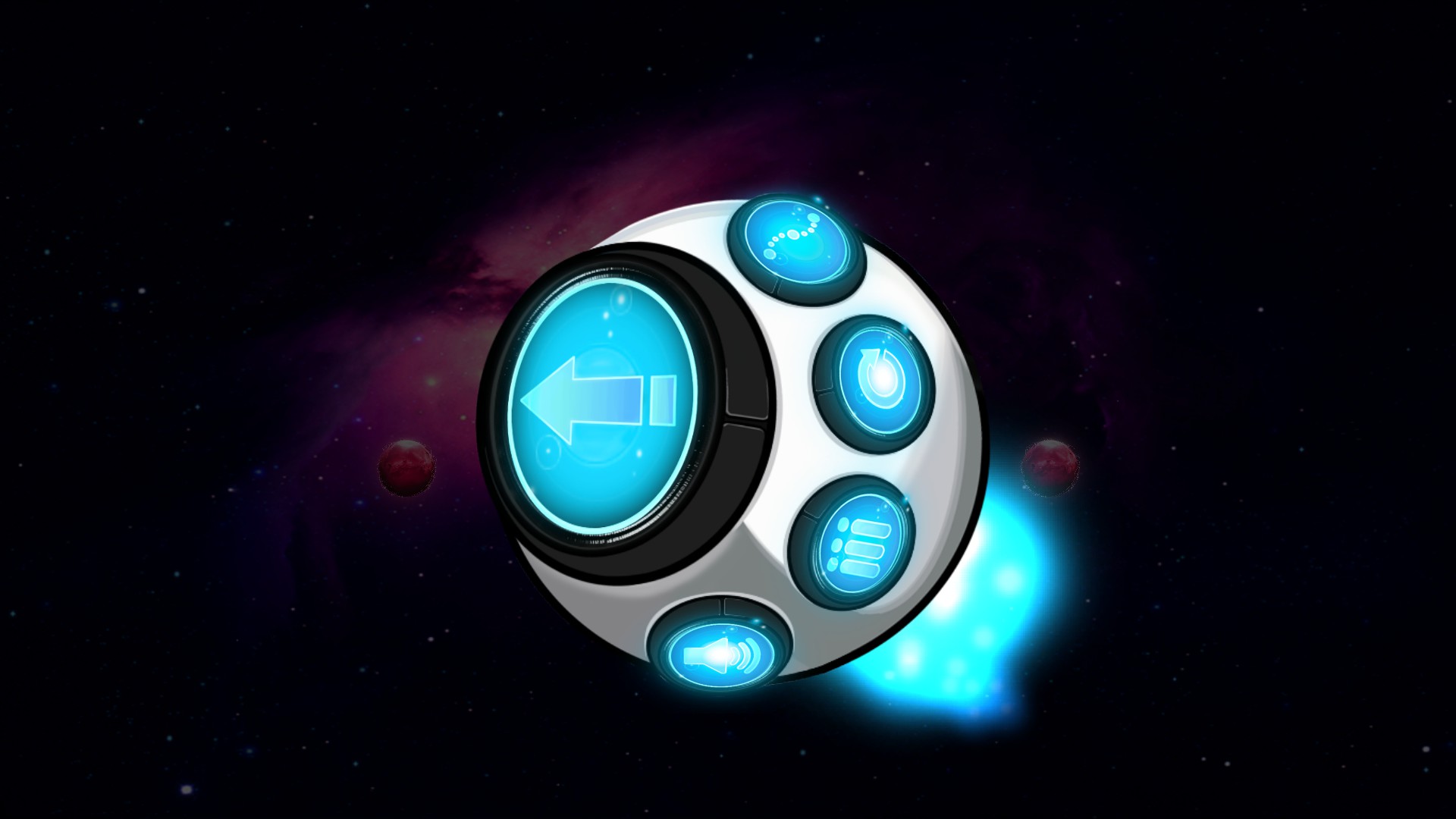 I mentioned boss fights earlier. Those are the one feature that sets the game apart from other physics puzzlers, and they could have potentially redeemed it. As I’m sure you can guess, they don’t, not even a little. The game bills itself as having 5 boss fights, but 5 boss fight would be more accurate. I fought the same boss in the same basic arena, with the same attack patterns 3 times. Then I stopped playing, because I had a feeling I knew how the next 40 levels were going to play out. From the looks of things, the last two bosses are visually distinct, but I’m not holding out hope of them playing much differently.

Although in this hunk of space junk, even a cosmetic difference could be a godsend. I am so freaking sick of staring at the same starfield backdrop over and over and over. Not that the foreground is much fresher, as the game really does only have a few dozen art assets total. It wouldn’t be so bad if the game looked nice, but it honestly makes most of the free flash crap on Newgrounds look good by comparison. And don’t get me started on the droning, repetitive generic space music. 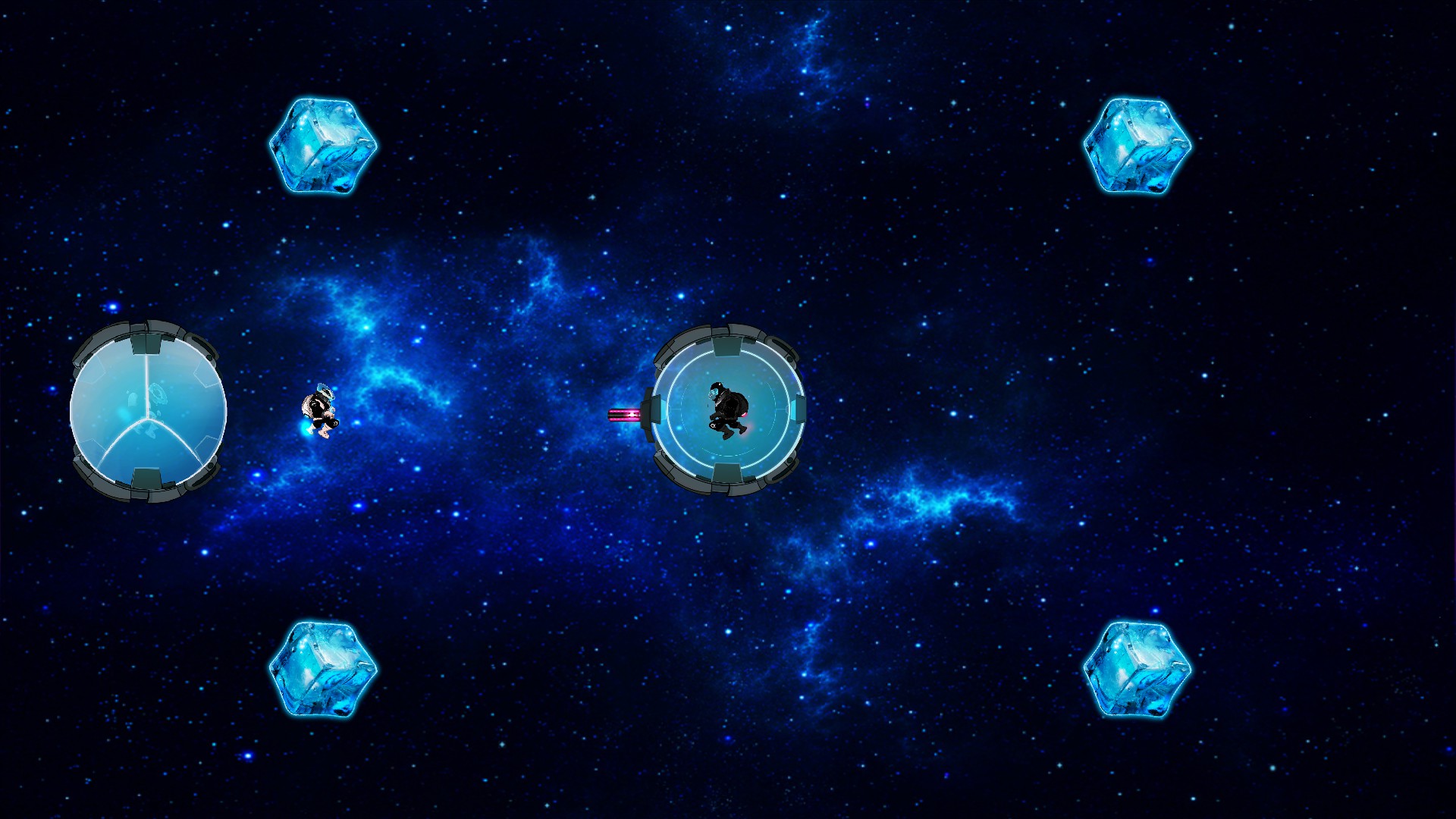 Gravity Badgers is a mess of a mobile game that has no business being on Steam. The art and music are piss-poor, the puzzle design — if you can even call it that — shows absolutely no thought and requires even less effort to solve and what little humor there is dries up almost immediately. It’s clear somebody thought badgers in space was the greatest idea ever, but even they brought absolutely no creative energy to the table. This game has no redeeming qualities, no ambition and no heart. It is nothing but a waste of your time and money.