The term “video game” is one that has existed for decades, and everyone knows what it refers to. Over the past few years, however, there have been quite a few video games released that have received a backlash amongst gamers and have been labeled “not a game.” Last year The Walking Dead was the winner of many game of the year awards (and was my personal game of year), but there was a vocal group of people claiming it was undeserving of game of year because it “wasn’t even a game.” The Walking Dead isn’t the only one either, with games such as Dear Esther, To The Moon, and Gone Home receiving a similar backlash. I believe this mentality results from a handful of factors, but primarily from the fact that the term “video game” doesn’t adequately describe what this medium has become or what it can be.

The word “game” comes with a lot of implications, but few of them apply to the majority of video games being released today. When I refer to the term game, I of course mean the traditional definition where the whole point is competition, like sports or board games. When you call something a game, it creates the idea that it is something that can be won or lost, and that is simply not the defining factor of most modern video games. Sure, you can “beat” a single player game and most of them have fail states (usually dying), but the point of most games isn’t to win, it’s to experience the content. Taking two of this year’s biggest games as an example, people didn’t enjoy The Last of Us or GTA V because they wanted the satisfaction of winning, but because those games created worlds we wanted to inhabit, characters we wanted to get to know, and stories we wanted to experience. Granted, both of these titles have their more game-like elements, but for most people that isn’t the reason the experience of playing the game stuck with them.

Of course, there are still plenty of games that are exactly what the term “video game” implies. Pretty much all multiplayer focused games are the definition of a game. There are two sides that compete directly against each other with one winning and the other losing. Then of course there are things like the recently released Resogun which has no other point than to challenge the player and incentive the attaining of high scores. Those are the types of games for which the medium was originally named, because that is exactly what they are; a game that takes place on a video screen. However, video games that can be described as nothing more than games are becoming increasingly rare.

Even something like Dark Souls, which is defined by its challenge, is still not adequately defined merely as a game. Sure, the primary element of the game is overcoming the challenges and defeating the game, basically winning, but there is so much more to it than winning or losing. Some of the major strengths of Dark Souls are its sense of atmosphere and exploration, the subtle implementation of world building and lore, and its gothic art style. Are these things that would ever be part of a traditional game like chess or baseball? So, even when the core element of a video game is based upon challenge and competition, two things that basically define the word game, there can still be many aspects that go so far beyond the simple of idea of what a game entails. 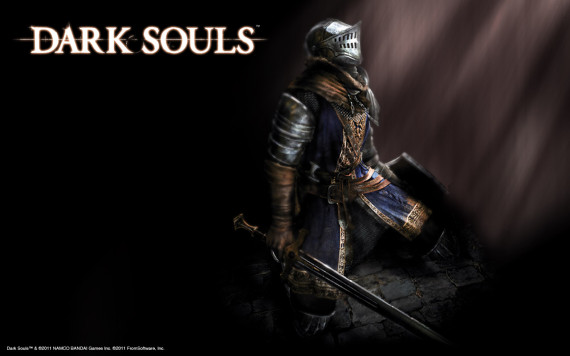 Getting back to some of the so-called “not a game” games, why is it that there so much derision about their lack of gamey elements when we can see the defining elements of most video games is not those which make them a game by the traditional definition? Well, I think it has a lot to do with the fact that many people feel they need to protect video games from apparent invaders. With the ever expanding nature of the medium, many old school gamers feel like their hobby is being invaded by people that don’t hold it in the same esteem they do. They cut their teeth on Ninja Gaiden and Mega Man, who are these people to play games where you can’t even die? This mentality is of course terribly misguided. These new kinds of games aren’t replacing more traditional game, they are only offering different types of experiences that never existed before as alternative or supplement to all the traditional games available.

The thing that really gets me though is the contradiction. On the one hand, you have an ever growing group of people that call for games to stop trying to be movies. These people say that the only way games know how to tell stories is to copy the techniques and cliches seen in Hollywood. These people are calling for games to use their inherent strengths rather than borrow from other mediums, which is exactly what many of these “not games” do. Then on the other hand we’ve got people saying games like Gone Home and The Walking Dead aren’t games and don’t deserve to be talked about in the same breath as “real” games. Granted, its probably not the same people making each of these statement, but more the collective internet rage of the gamer community.

The ironic thing is that these types of games use interactivity to tell stories in a way that could only be done as video games. Gone Home is fantastic because it tells an emotional and personal story, but also because the way you experience the story only works with interactivity. The Walking Dead would also be a much lesser experience if you didn’t have any control over the outcome of events. I would argue that being a video game is more essential to the story of The Walking Dead and Gone Home than it is for most games. They may not be filled with challenge and action, but the interactivity is more essential to the story in these games than it is games that string  together combat encounters and non-interactive cutscenes.

With all that said, what is the solution? Will games with little to no traditional “game” elements always face the stigma of being labeled “not a game?” The simple solution would be to start calling video games something else entirely, ideally something without the baggage of implying certain elements must be present to qualify. However, that is never going to happen; video games are always going to be called video games. Honestly, the only way to get past this is to get people to open their eyes and realize that the title of the medium is entirely irrelevant and quite frankly, inaccurate when you really look closely at most games. Think of video games like other mediums with outdated names. Most films are now shot digitally and don’t use film at all. If you want to call them motion pictures, well they certainly move, but are movies defined by their motion? Is a television show still a television show if you watch it on the internet? Is a book still a book if you read it on a tablet? The term “video game” is just as outdated as the other forms of entertainment, so let’s not get caught up on the game part and just enjoy all the great experiences this medium has to offer.