Over the course of gaming history, we’ve seen a number of bad games that we all wish that could be erased from our memories, Eternal Sunshine style. But beneath their bad design choices, questionable history and overall messiness on gaming’s clean tablecloth, there is a silver lining. If anything, gaming is a learning experience and we’ve got to take the good with the bad. So, in an effort to soothe the burns of the past, here’s a new list of seven games that have left a stain on gaming history, but also teach us a number of lessons that the entire industry and culture shouldn’t forget (even if we really want to).

Lesson: Extensive time in development hell can ruin your game.

Originally announced in 1996, Duke Nukem Forever was revealed as some sort of future evolution of the first-person shooter genre. After the success of Duke Nukem 3D, the series became legendary for its absurdly high level of action and ridiculously badass main character. Duke Nukem Forever was going to be this transcendent leap into the next generation of shooters, but after multiple licensing issues and studio changes, the game became a running joke of being in development hell. Despite never being officially “cancelled”, the game was trapped in its own limbo until Gearbox Software picked the game up where the now-defunct 3D Realms left off. The result was a game whose mediocre mechanics and design were heavily amplified by its notoriously long development. Duke Nukem Forever’s time in development lasted during a number of evolutionary periods of the shooter genre. Goldeneye 007 brought addictive console multiplayer to the mix, Halo introduced a tremendous world to explore and Call of Duty 4: Modern Warfare changed competitive multiplayer in shocking ways. Duke Nukem Forever was forced to adapt to these changes in the genre without any real passion behind it. The introduction of Halo mechanics and a very dated combat design proved that the game was trying to stay current instead of being versatile and moving ahead with the times. What remained was one of the most prolific examples of how a long time in development hell can drain a game to the bone. 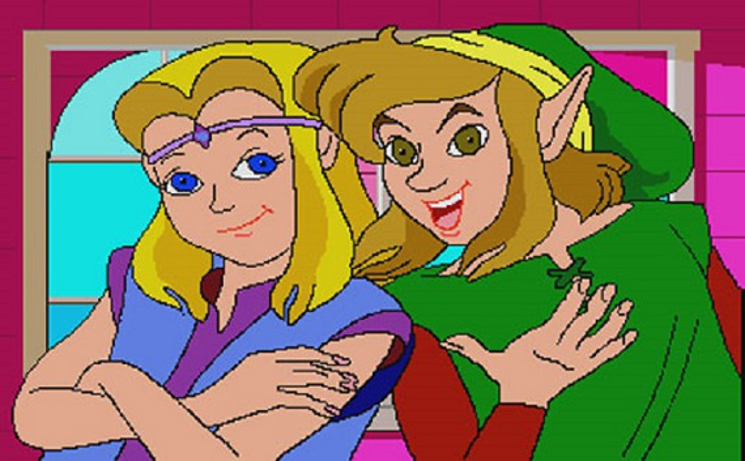 Lesson: Be careful who can use your franchise.

The self-destructive CD-I system didn’t really need any help with its move to obscurity and eventual collapse. When Nintendo’s collaboration with Philips for a CD-based add-on to the Super Nintendo was cancelled, Nintendo had already given Philips the rights to use the Zelda and Mario licenses, so the folks at Philips simply couldn’t resist themselves. They needed something to move gamers’ eyes to their $700 system. Development house Animation Magic released two games with the Zelda license, Zelda: The Wand of Gamelon and Link: The Faces of Evil. The games are widely regarded as some of the worst games of all time, mostly due to their broken controls, poor level design and, most importantly, a terrible representation of the Zelda universe. Their notoriously horrible cutscenes did nothing to portray the sense of epic fantasy that the NES games had brought to life, instead having presentation more akin to a children’s religious cartoon than a giant quest to save a kingdom. Nintendo continues to ignore these games, very rarely bringing them up publically, showing that the company has learned to keep close eyes on their most treasured franchises instead of handing them off to companies that clearly aren’t educated enough in the series’ history or design to produce anything of merit. Golly!

Lesson: Not every game needs a sequel.

Bioshock remains one of the most acclaimed and important games of its time. From its wondrously dystopian world to its unforgettable mix of action and role-playing, it set the bar so incredibly high that its quality seemed untouchable at the time. The announcement of Bioshock 2 came with a steady amount of skepticism at first, but once the product hit stores, it became clear that Bioshock 2 was no true successor to Bioshock. Relying on soulless extraneous characters, very gimmicky enemy and challenge choices, and a multiplayer that shamelessly catered to the Modern Warfare crowd, Bioshock 2 tried extremely hard to get the attention of the many gamers who adored the original Bioshock. While the first game in the series was a brilliant revelation, an endearingly creepy world that no one had seen before, Bioshock 2 was a stale return to a world that had already laid all the cards on the table. Bioshock didn’t hold anything back when it appears, but Bioshock 2 was simply picking up the scraps that were left behind. 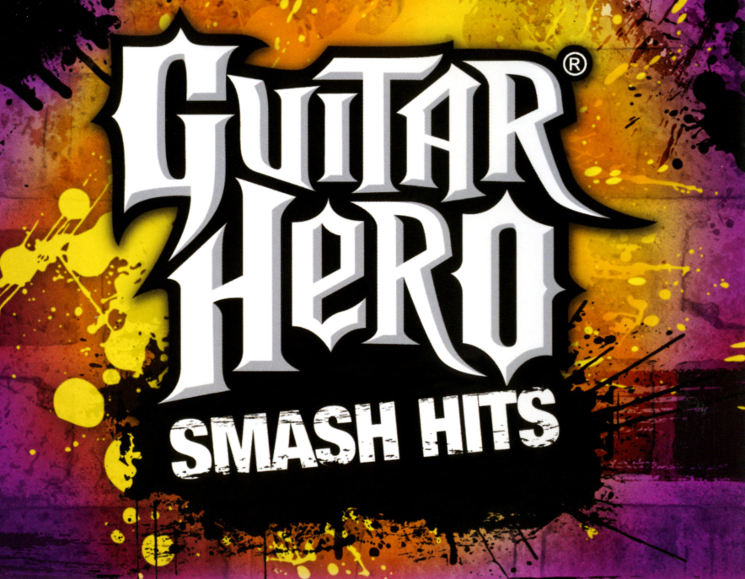 Lesson: Too many releases in too little time can destroy a franchise.

During 2009, there were no less than four different Guitar Hero games being released and while Metallica, Van Halen and even the terribly named Band Hero could get a pass for at least having some new content, Smash Hits was merely an expansion disc that let you play songs from older Guitar Hero games with a full band lineup. As a fully priced retail disc, it was madness. Guitar Hero’s competition in Rock Band was embracing a “buy-what-you-want” philosophy through their digital song store, while Guitar Hero was cramming together older tracks, forcing consumers to buy a disc with all 48 tracks if they wanted to only play a select few. It didn’t help that there were already a ton of other Guitar Hero games on the market with very few of them having mass appeal (if you don’t like Van Halen, why would you buy their Guitar Hero game?). It was a manipulative and very corporate release, one that contributed to a mass saturation of the band game market and leading to its steady fade into irrelevance. 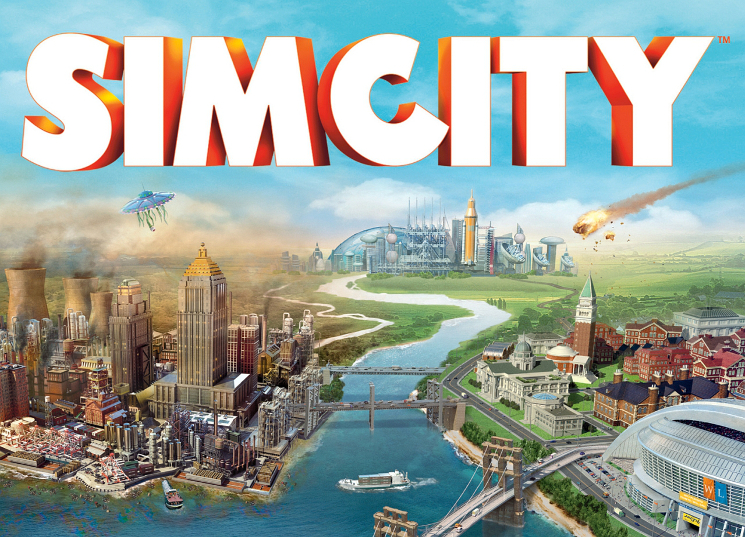 Lesson: Don’t underestimate the traffic of an online game, especially at launch.

This digital age of gaming has embraced online network capabilities in its releases, but the 2013 reboot of the SimCity franchise was a clear indicator of how unprepared the world was for an always-online component. Aside from the clear limitations of not even being able to play single-player without having a connection to EA’s servers, the SimCity launch was a debacle. Reports of network outages and connection errors for the game rampantly rushed across forums and tech support pages alike, crippling the game’s reputation within hours of its launch. Throw in widespread losses of save data and you have a butchered launch that did nothing but highlight EA’s lack of preparation with their server stability. If a company is to make a game that requires pristine connection fidelity at all times, preparing their servers for the stampede of anxious gamers wanting to build their burg of choice is top priority. SimCity’s major issues may have been at least partially remedied, but the game’s disastrous launch and EA’s lack of technical preparation raised a number of red flags for the concept. We’re just not ready for always-online yet.

Lesson: A game isn’t a game if simplified too much.

Wii Music was an anomaly in Nintendo’s catalog. It was a game promoted and supported by Nintendo visionary and legend Shigeru Miyamoto that was actually a pretty bad idea. Picking up where games like Wii Sports, Wii Play and Wii Fit left off, Wii Music was a straightforward music-based game where players would use the Wii Remote’s motion sensing to generate sounds for different instruments in the game. Unlike its peers Rock Band and Guitar Hero, Wii Music was a game rooted in improvisation and experimentation. There was no objective, scoring or challenge outside of the game’s very few minigames. As a result, the game felt incredibly one-note (no pun intended) and it was very difficult to understand what the game intended for the player to do; it simply was too open-ended. It never felt like a challenge; its simple interface prided accessibility over what actually makes a game a game. When waving the Wii Remote randomly is supposed to replace challenge and objective-driven mechanics of rhythm games of yore, the focus is lost. Wii Music was not a game, and even if it was, it wouldn’t have been a good one. 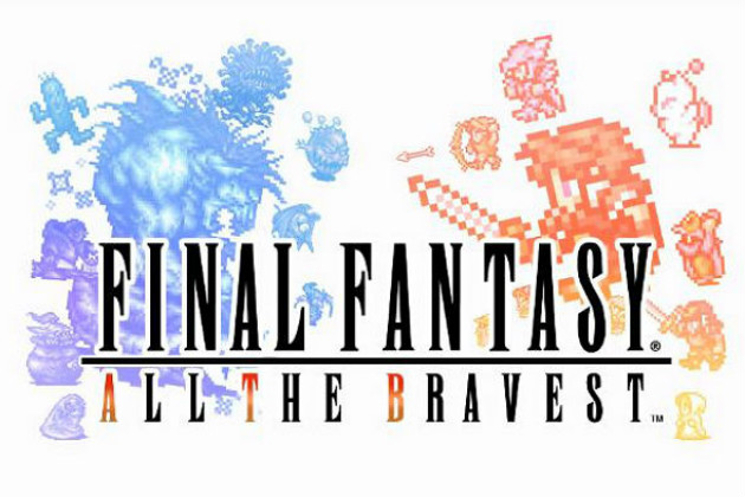 Lesson: There is such thing as too many microtransactions.

“Microtransactions” is one of those dirty words you hear in the gaming world today. People who grew up with the blistering challenge of Contra or the more contemporary difficulty of Dark Souls have vilified the concept of buying your way through a game, and in a way, they have a point. It’s also why Day 1 DLC is so disliked; it’s the idea of being charged for crucial components of a game that have made gamers so agitated. But even as we grumble about microtransactions in Dead Space and Forza Motorsport, it cannot be denied how abused the system is with the mobile game Final Fantasy: All the Bravest. On its own, the game was overly simple, almost to the point of abandoning player participation. The game reached an apocalyptic low with its mass abuse of in-app purchases. All the Bravest kept fan-favorite characters like Final Fantasy VII’s Tifa and the Chocobo behind absurdly high price walls and random chance, with the characters themselves being nothing more than fan service and bringing no noticeable change to gameplay. The game even had the nerve to offer the ability to revive your party by paying actual money (otherwise, you need to wait three minutes per character). While mobile apps have had their share of manipulative in-app purchases, All the Bravest is the perfect example of a cash grab. If you really want to put microtransactions in your game, do not do it to the extent of what Square did with All the Bravest.

Are there any lessons you think need to be learned from other games? Sound off in the comments below!