With the transition to Beta having just occurred, it may seem a bit early to start looking into the future of the game, but we got the low-down on some never-before discussed content, as well as how some of the game’s biggest upcoming features will work. We also get a glimpse at what the team hopes to bring to the game further down the pipeline if the game is a financial success.

As anyone who’s played a multiplayer game with weapon-unlocks knows, the system can prove to be frustrating. There you are, having played hours upon hours of a game, and there are still a lot of really powerful, useful weapons that you’ve yet to unlock, but your enemies keep killing you with. Because of this issue, upon hearing that War of the Vikings would have an unlock-system, we were slightly worried about how aggressively things might be gated to new players, and how much of an advantage veterans of the game would have. Luckily, Van Dyke was able to explain how the system would work, and put our worries to rest. Once the game releases, and the unlock-system is fully implemented, it shouldn’t take you too long to unlock all of the main weapons. Rather than do something like, for instance, Call of Duty, where there are many weapons of differing power-levels, War of the Vikings has few weapons with similar power-levels. That’s not to say the game wont have plenty of progression and unlocks, though, as it’s taking the Counter-Stike: Global Offensive-route by instead having a generous amount of cosmetic unlocks for the loyal fans who pour hours upon hours into the game. There will be unlockable beards, taunts, and increasingly fancy-looking armor and weapons. FatShark doesn’t want anyone to have an advantage because they have better weapons. In theory, skill achieved by practice will be the only edge you can gain on your opponents. 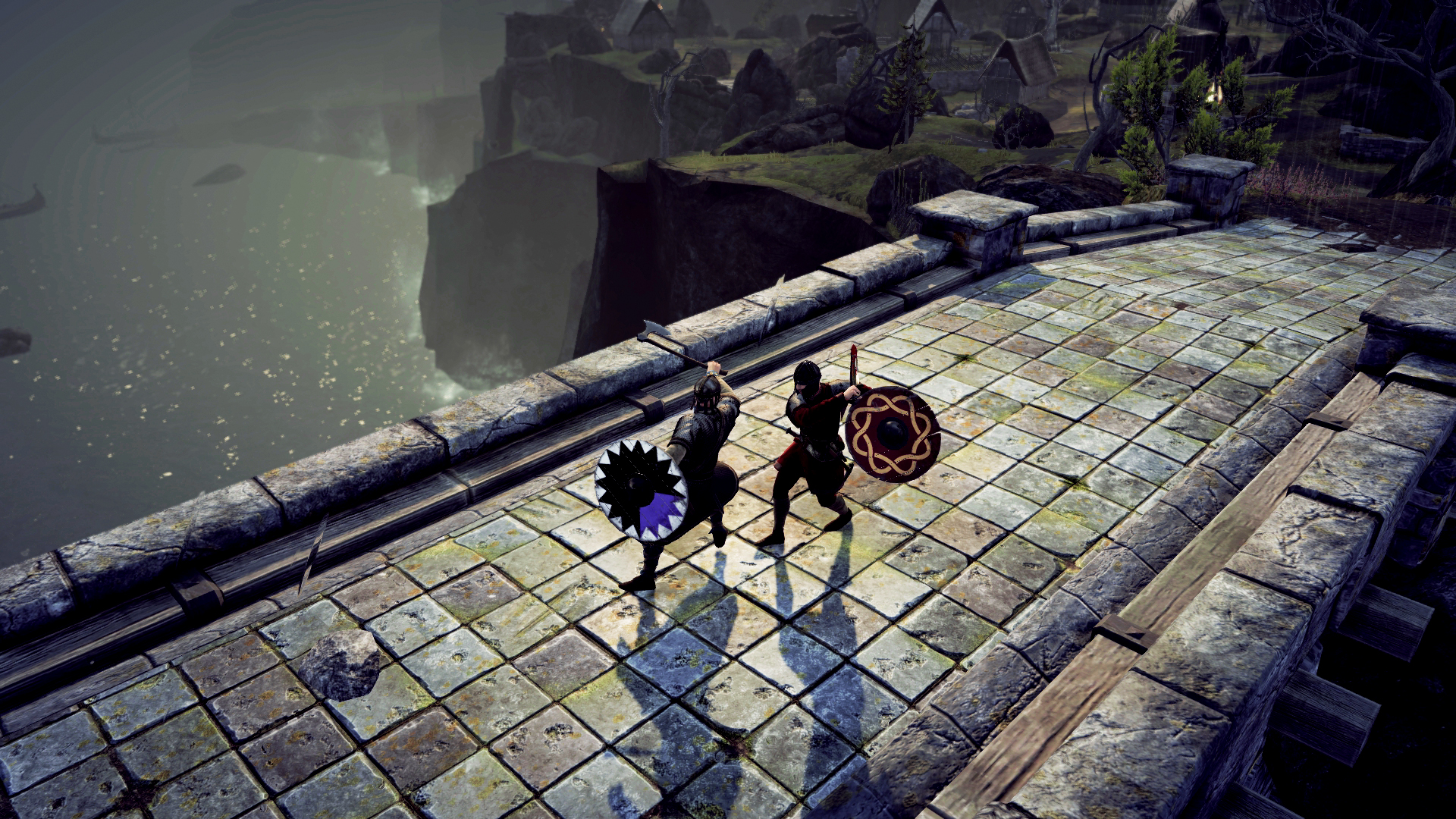 Upon hearing that the game’s unlock-system would be similar to that of CS:GO, we decided to ask if the game would also feature random item “drops” at the end of some matches. The answer we received boiled-down to: “hopefully”. FatShark and producer Paradox are planning to support the game for quite a while, with regular updates and — eventually — expansions. But those things depend wholly on the success of the game. The team has put a lot of thought into including those kinds of “drops” that have become so popular in the world of gaming, and they hope to implement them, but as game-development is business, its eventual inclusion depends on sales-numbers. Another thing they’re hoping to implement is user-content-creation tools. “I come from the modding community, so they have a soft spot in my heart” said Van Dyke, “So we’re working on trying to do that [create modding tools]”. Not only do they hope to support mods, but they’re also looking into doing something that Valve has being doing with Team Fortress 2 and DOTA 2 in taking assets created by the community, and putting them into the games as unlockables. In addition to modding and creation tools, FatShark hopes to give those who rent servers the tools needed to modify the experience their server offers. For instance, there might be a setting that makes it so people can only use Bows on your server.

Since they were working on War of the Vikings with the hopes of being at the very least inspired by true history, the developers over at FatShark became frustrated to find that a lot of literature about vikings would often delve into fantasy. However, after a bit of searching, they found a trustworthy — more historically accurate — source of information in the form of a female archaeologist who lead a dig in Birka, a prominent village in Viking history. Lucky for the developers, the very same archaeologist was an expert in Viking combat. Not only was she a fantastic source of information, but she further-inspired the team to include female warriors in the game, as the Vikings were fairly progressive in the way of gender-equality (both boys and girls were trained in combat at a young age). They aren’t ready to get into specifics, but they have “big plans” to highlight the female warriors of that time. 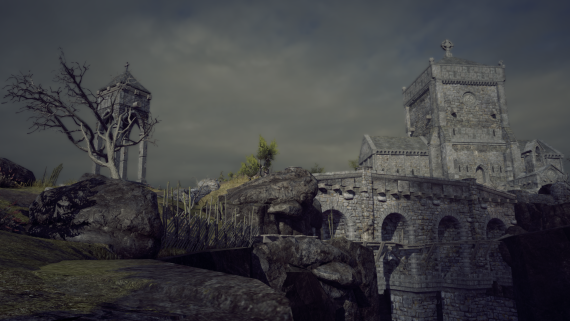 Although the game already has a pretty good amount of modes, we decided to ask if there would be any game-types that were more objective-based, such as a mode in which you need to pillage a village, burning down the buildings within it. Van Dyke replied “Yeah, we’re kind of looking into that. That would be something that [could be added] post-launch, or maybe even in an expansion where we have more time to really focus on that. We’re a thirteen-man team so – unfortunately we have to be very focused in our decisions and really pick what we can do [in time for the game’s launch], and look long-term in how we can add more [content] if the core game is successful”.

A confirmed mode, however, is Battle. Battle will be similar to Arena in that players only have one death, but it will support sixty-four players rather than eight. Considering the game is tense as it is, we can only imagine how sweat-inducing large battles will be, and how conservative we’ll need to play in such large battles when there’s such permanency in death. The only down-side is, there’s no confirmed release-date for the mode; but it may come before the game’s full launch. Another mode that should come a bit further down the line is a Duel game-type which will be similar to tournament modes that are often seen in fighting-games. Two players will fight, the winner moves on to Duel the next challenger, etc. until a champion is crowned. 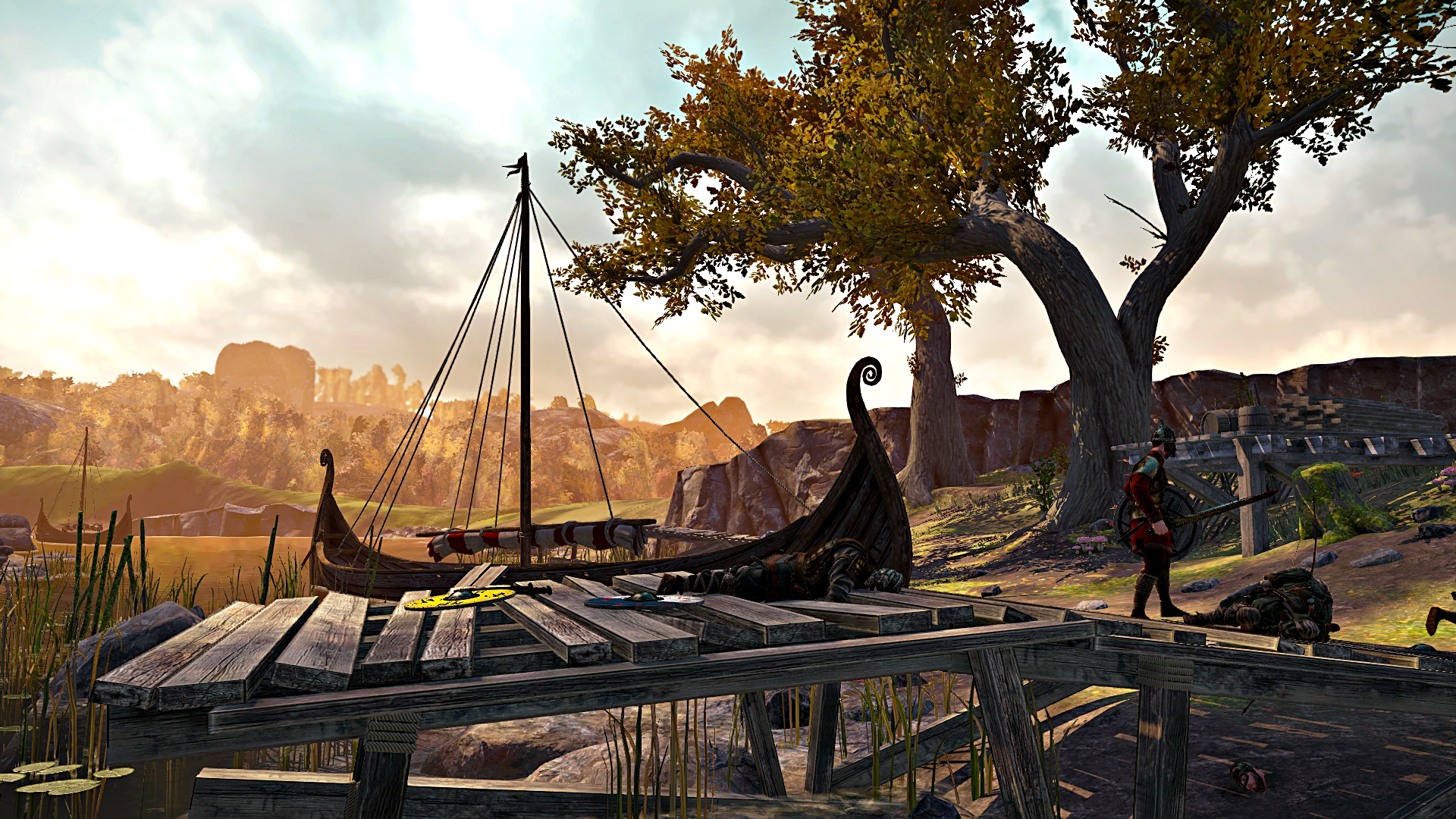 We were pretty big on War of the Vikings a few months ago, but with more information on the game’s release, and hopeful post-launch support, we’re even more stoked to get our hands on the final game. To get as many people as possible testing the Beta, War of the Vikings is free on Steam for the weekend. So if you’re so inclined, give it a go and leave the fine men over at FatShark either some constructive feedback, or words of encouragement.

War of the Vikings is set to release in the first quarter of 2014.

Here are a few tips provided by yours truly on how to be a more effective player in the game.