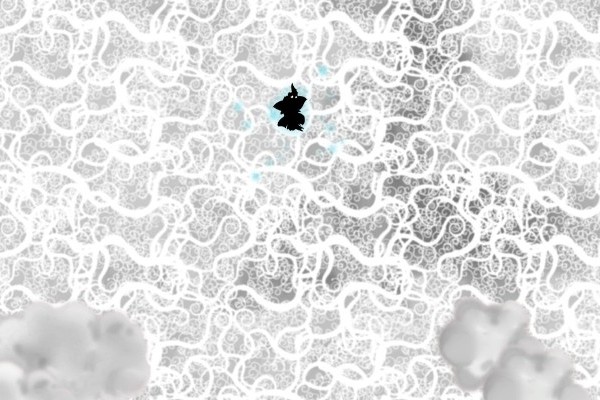 The indie game scene is an increasingly massive entity in today’s gaming marketplace. However, for all the creativity inherently present, it seems many developers stick to a few specific genres. Platformers and their sub-genre puzzle platformers are the most prolific which makes it increasingly hard to stand out. Nihilumbra could have been “just another puzzle platformer” but it manages to make a name for itself. This isn’t a game devised by people with small imaginations but by a group who had a fantastic idea. 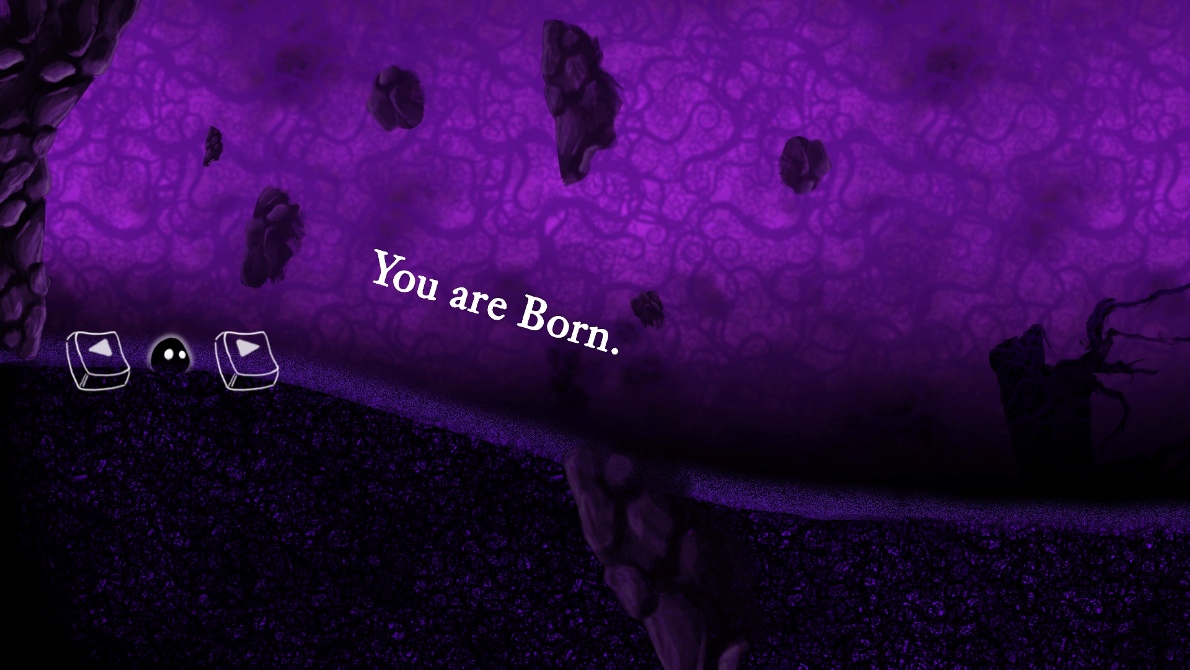 In Nihilumbra, players take on the role of Born. Born is a strange black entity that was formed from The Void. Although we never get concrete answers as to what The Void actually is, we know it’s dangerous. The black and purple swirling mass is massive and seems to want nothing more than to return Born into itself. Running right, Born travels through five locations to hopefully finally escape.

Making it through these distinct levels takes precise control and quick thinking. The puzzle aspect comes in via a series of colors. Each stage introduces a new color, and they are all imbued with specific properties. For example, painting blue on a surface makes it slippery. The slick ground is perfect for making running jumps go further. Once you have gained access to a color, it remains available to use. The only restriction is a limited amount of paint per color. However, you’ll find this is hardly much of an issue through main game as all paint is returned at checkpoints. The option to remove color is also available when between checkpoints. 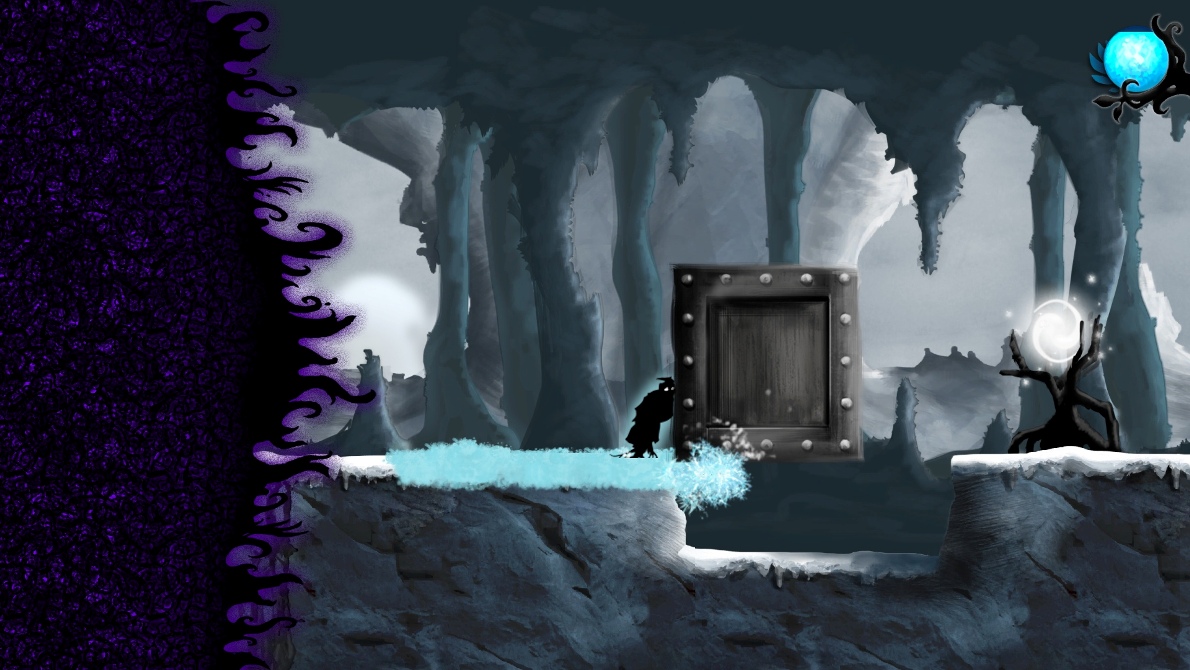 Although there are only five colors to control, they are utilized in incredibly smart ways for puzzles. It’s safe to say that puzzle design makes or breaks many games, and it is one key factor in propelling Nihilumbra into a far more enthralling experience. Even when you only have one or two colors there are still challenges that seem insurmountable. It’s only after a few tries that the answer (hopefully) comes to you. Once all colors are unlocked there is room for even more devious puzzle design.

Much of the challenge comes from monsters spilling out of The Void in an attempt to catch Born. These creatures pace, or sit perfectly still, and cannot be touched. Simply grazing the spine of one will send Born right back to the last checkpoint. So how do you destroy these beasts? It’s part of the puzzle to figure out how! Even after obtaining a seriously powerful color, a new enemy is revealed to put it in check. Puzzle design is practically perfect and sees a smooth increase in difficulty. 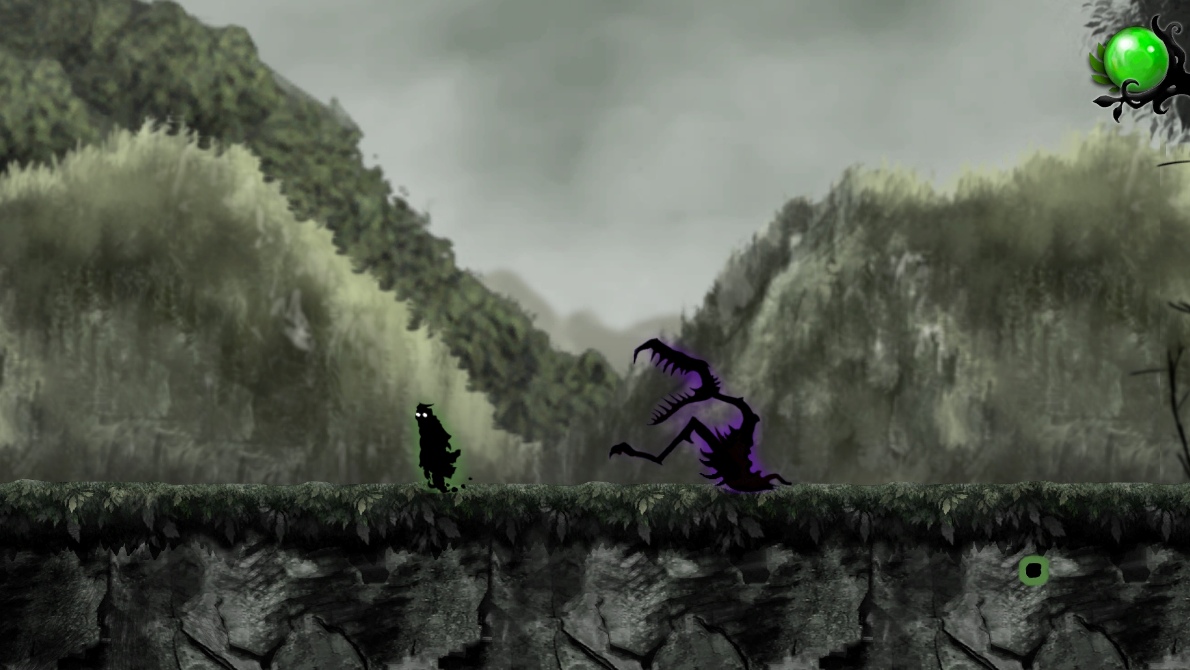 The only issue with puzzles is when they require some degree of speed. In these instances, players can easily become flustered and fail at selecting the right colors quickly enough. They can be chosen either by mouse wheel scroll, or clicking in the corner of the screen. The latter method is mostly useless as it doesn’t pause the game while active. On a few instances I would spontaneously forget the order of colors via scrolling and mess up entirely. Although I’ve never played the original version, Nihilumbra was born on smartphones, and it makes sense that color control would be much easier with a touch screen. On PC though it seems developer Beautifun Games was unable to come up with a completely suitable translation of controls.

Another way Nihilumbra excels is via storytelling. Some may now be finding the omniscient narrator a bit stale, but he is intriguing here. Instead of making wisecracks, the narrator speaks about the eventuality of Born’s demise. Things sound ominous; even compliments upon surviving a tough puzzle have a sinister tinge. As it plays out, the narrative becomes more interesting until the ending reveal. At that point, I was sure that this was a very special game, for those playing it as much as the original creators.

Playing through the game once takes only two to five hours, depending on your skill level. Still, it doesn’t feel as if anything was rushed or too short. The compact nature is fitting and makes sure players never get worn out. Of course, there is also a Void mode that is unlocked after one playthrough to address players who wanted more of a challenge. The mode is much harder and will likely take over three additional hours to complete. 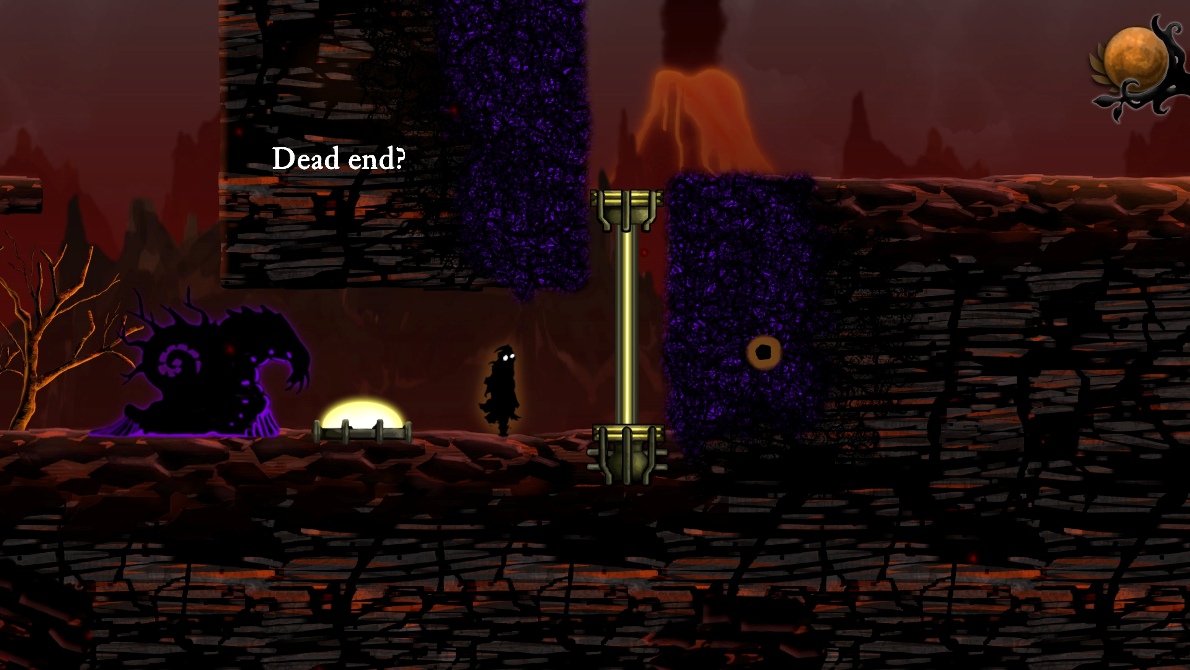 Nihilumbra is the kind of game that many will look over because they think they’ve played things like it hundreds of times before. It’s not. This is a project filled with incredibly smart puzzle design and an important message at its core. Anyone who absentmindedly picked it up during a sale should do themselves a favor and play right now. If you don’t yet own it, then definitely consider making a purchase in the near future. Nihilumbra is a thoroughly enjoyable experience that will stick with you.