The seventh generation of gaming was a time for experimentation. So many ideas were being tossed around during the days of the Xbox 360, Playstation 3 and Wii; from moral choice to open worlds to intricate storylines to competitive online multiplayer, gaming was in a state of infinite possibility. But it was also a time of misdirection. So many companies were attempting to change their ideologies when it came to game design, whether by changing aesthetics or adding bizarre modes just to add replayability. While most companies were in a state of confusion, however, one budding studio with a huge pedigree appeared on the scene: Platinum Games. As a fresh studio right out of the gate, Platinum Games didn’t just make incredibly memorable games, but also injected new energy into a gaming mantra that many thought had been abandoned decades ago.

Platinum Games came to be after the unfortunately sudden collapse of critically acclaimed development house Clover Studio in 2007. Despite only releasing six games during its entire period of existence, Clover Studio set a tremendously high standard for gaming. The action-driven side-scroller Viewtiful Joe was a visual spectacle and a challenging throwback to platformer beat-em-ups of old, while the epic adventure Okami presented unparalleled aesthetic design and managed to even trump its immediate influence, The Legend of Zelda, in a number of gameplay advances. The studio’s final game God Hand was met with very mixed reception, but prided itself on immensely over-the-top combat. But despite such tremendous praise by fans, Clover Studio could not sustain itself. Sales of their titles were low, leading to the company’s dissolution in 2007. Former employees of Clover Studio transitioned into a fresh new studio named Seeds Inc., which eventually became Platinum Games. The studio featured a number of prolific Japanese game developers like Hideki Kamiya (Devil May Cry), Shinji Mikami (Resident Evil), and Atsushi Inaba (Phoenix Wright). After signing on with Sega for a publisher, Platinum Games was born and the studio’s pedigree was put to the ultimate test.

Platinum Games’ first release was the mature action title Madworld for Wii. Instantly grabbing attention with its Sin City-inspired graphic design and visceral, bloody-as-hell combat, Madworld (along with House of the Dead: Overkill and The Conduit) was an argument that M-rated games had a place on Wii. Madworld was startlingly vulgar and adult; its violent action scenes were only outdone by the game’s obscene sense of humor, amplified by the crude commentary from the announcers played by Greg Proops (Who’s Line is it Anyway?) and John DiMaggio (Futurama, Gears of War, Adventure Time). But it was funny. It was also a blistering example of how to use the Wii’s motion controls in intelligent, but intuitive ways. Madworld’s sales, however, didn’t reflect the game’s amazing quality; it failed to sell well over time, leaving Platinum Games’ next endeavor set for other consoles. 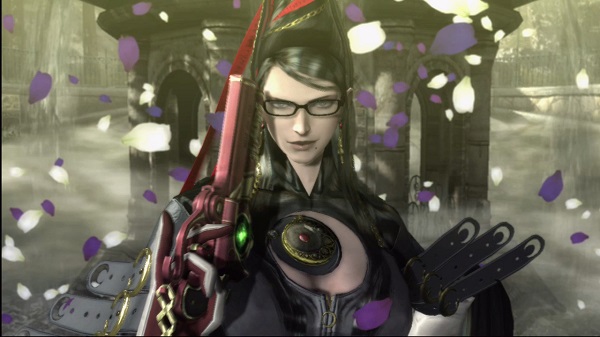 The long-in-the-works Bayonetta was where Platinum Games hit home. The action game starring the sexy witch/librarian heroine Bayonetta was helmed as the next big step for action games, a next-generation answer to the framework set by Devil May Cry. The combat in Bayonetta was some of the most stylized and fluid seen in any action game of its time. Constant variety and techniques that rewarded pitch-perfect skill (like the dodging required for the time-slowing Witch Time) put Bayonetta into a technical class that proved accessible, but completely absent from the realm of button-mashing. Epic boss fights capped a triumphant evolution of the third-person action; no game came close to Bayonetta’s level of game design. But alas, like Madworld, Bayonetta failed to sell well. Despite the desire to make a sequel, Platinum Games was unable to convince Sega and any other publisher to support the development of Bayonetta 2 (until Nintendo stepped in and the game was set to be released exclusively on Wii U).

Vanquish was Platinum Games’ answer to the third-person shooter. Led by Shinji Mikami, Vanquish was a futuristic action game where the player was in control of Sam Gideon and his superpowered mechanical suit of armor. The game had traditional elements of its genre, like cover-based shooting a la Gears of War, but the similarities ended there. Unlike its peers, Vanquish wanted to make you feel like an invincible cyber soldier. The ability to slide in the game was brushed off at first, until you realized how mind-blowingly fast you moved when sliding. That mechanic alone made Vanquish a game drenched in adrenaline, but the bullet-time-esque AR mode and massive amount of projectiles appearing on screen made the game a mind-blowingly action-packed experience. Though its sales were better than those of Madworld and Bayonetta, it still didn’t manage to put a dent in the hulls of the more established shooter series, especially those developed in the West. 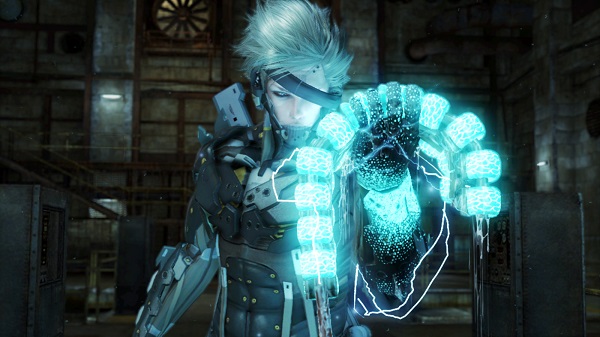 Though the studio took a detour with the multiplayer fighter Anarchy Reigns, it wasn’t until they were enlisted by Hideo Kojima and crew to take over development of the quietly silenced Metal Gear Solid: Rising project. Renamed Metal Gear Rising: Revengeance (in reference to getting revenge on the game’s failed predecessor), the game starred Metal Gear Solid mainstay Raiden, who got a badass upgrade in Metal Gear Solid 4: Guns of the Patriots. The game abandoned the stealth that Metal Gear Solid was known for in favor of a hack-n-slash mechanic, one perfectly suited for Platinum Games’ control. It solidified the studio’s reputation at skillfully making a game over-the-top and unbound in its approach to combat, pioneering a cutting mechanic that would be amplified during the game’s boss fights. Metal Gear Rising: Revengeance was panned by long-time series fans who stated that the game didn’t need to be made and didn’t represent the Metal Gear series properly, but it still managed to become a decent selling specimen on the charts (though a sequel is currently not in the works).

These four major releases from Platinum Games shared a similar gaming vision, one that was pioneered by Devil May Cry and refined by Viewtiful Joe. Devil May Cry was a game that rewarded skill and variety; each level gave the player a rating at its end, judging their skill depending on factors like how unique and varied their combat was, how little damage they took, and how quickly they were able to complete the level. Things like having to continue or use items deducted points from an ending score as well, with a final letter grade culminating how well the player completed the stage. This very idea was one that instantly harkened back to the classic gaming era where skill was the main attraction, instead of a massive amount of modes or multiple branching story paths. It’s a pure philosophy, one that doesn’t aim to distract the player from the game’s core values of exciting action and fluid gameplay. Viewtiful Joe used a very similar strategy, where letter grades were used to encourage replaying a level and tightening up your skill. It demanded the player to improve and the result was a game that didn’t clutter its design with trivialities or unnecessary distractions.

Each of Platinum Games’ four major releases took this idea to heart, but not just by using a grading system or judging your skills. From a design perspective, they didn’t beat around the bush. It was all business. Platinum Games didn’t just revitalize the classical gaming ideology of high scores, rich skill-based gameplay and over-the-top action; they modernized it. With enhanced production values and a constant evolution of their aesthetics, they never made the same game twice. Each of their projects had a defining vibe, but they still shared that common belief that games should be exciting, not a chore. That belief was also flexible enough to be implemented into multiple genres like the beat-em-up or the shooter. It kept the games going. It wanted the player to say “just one more stage.” 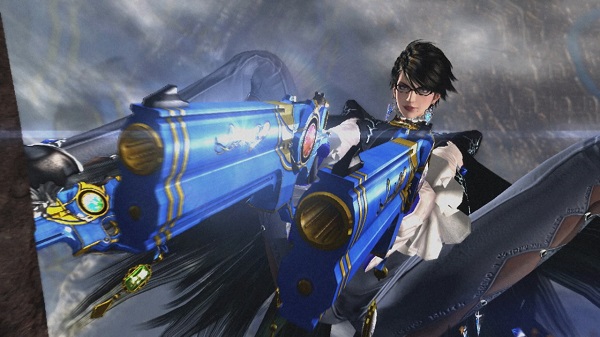 Platinum Games’ record during the seventh generation was shockingly clean, especially for a brand-new studio. When you’re composed of some of the most legendary game designers of all time, you’re bound to have expectations attached, but Platinum didn’t rest on their laurels for a moment. They constantly encouraged evolution of their design philosophy, while still keeping that pure, unfettered mantra close to their hearts. Games were ambiguously branching out into different directions during the seventh generation, so it was difficult to see where they were going. But while some companies were adding obscure modes to their multiplayer or encouraging moral choice in their stories, Platinum Games stayed focused on what they did best and did everything in their power to improve it. With The Wonderful 101 on Wii U released and the upcoming Nintendo-published sequel to Bayonetta on the way, next-gen promises great things for this undeniably talented group of game developers, but during the seventh generation, no development company’s debut was as pristine as that of Platinum Games.