When you think of the greatest downloadable item that’s strictly cosmetic and can only be used to make an animal companion look slightly more bad-ass, you think of Horse Armor by Bethesda, right? Well, get ready to probably change your mind. In what would be a totally expected move, Infinity Ward might be milking Riley for another few gallons of internet joke-juice by releasing a guard dog killstreak skin. Now, instead of silly old Riley running to bite the crotches of opposing forces, a wolf will do your bidding because… why not?

Unfortunately, this hilarious information comes from the ever-reliable Reddit by way of beta_crater, a person claiming to work at a video game retailer where “The Wolf” DLC is soon to be displayed. The wolf skin will cost you $4 according to the Reddit user, but it’s likely that your soul will never fully regain consciousness after experiencing the awesomeness that is “The Wolf.” 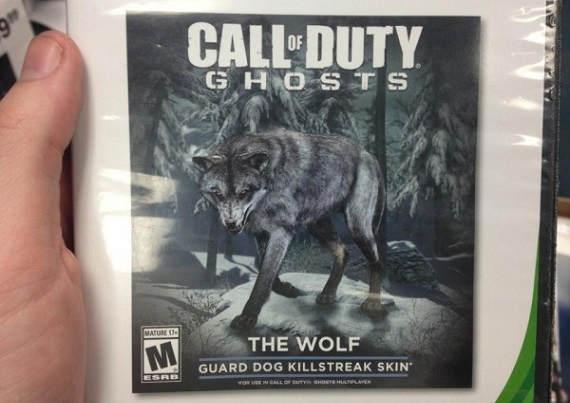