Call blasphemy if you want, but I’ve never seen an episode of Game of Thrones. It’s nothing against the series itself; it’s mostly been my personal apathy toward live television these days. After Breaking Bad ended, I didn’t find myself watching much broadcast TV at all (most of my time was spent on YouTube or watching the occasional episode of Futurama on Netflix). But the massive influence of the TV adaptation of George R. R. Martin’s A Song of Fire and Ice series is downright inescapable. It’s become an Emmy award-winning phenomenon and a commercial success for network HBO, so it wasn’t that surprising to hear that Telltale, the development house behind a number of independently released adventure games, has picked up the license for Game of Thrones and are working on a new series of titles in adaptation of the TV show. At first, it’s exciting to hear that the company behind the stellar adventure game The Walking Dead is getting a go at this huge franchise, but the more I heard about it, the more skeptical I became. The truth of the matter is that, unlike The Walking Dead, it’s going to be very hard to see Telltale’s Game of Thrones game reaching the widespread appeal that they netted with their 2012 hit.

Telltale’s The Walking Dead was a shocker in every sense of the word. It was an independently developed, narrative-driven downloadable title based on an established license that used design fundamentals that wouldn’t be out of place in a point-and-click adventure game. Yet despite all odds and connotations with licensed games, niche genres and indie status, The Walking Dead became one of the most critically acclaimed games of 2012, earning a number of Game of the Year awards and even getting props from the 2012 Spike Video Game Awards (an award show that, let’s face it, no one really expected to give the game a chance, let alone a full-on Game of the Year win).

The Walking Dead became Telltale’s breakthrough hit, but not necessarily because of its license. It used the idea of player agency within choice in very ambiguous ways, a stark comparison to the use of “morality” used in games like Mass Effect or Infamous (where the actions’ repercussions are blatantly labeled to good or evil). When you made a choice in The Walking Dead, you could very rarely tell whether the choice was “good” or “evil”; it was bathed in ambiguity and moral fogginess. The Walking Dead’s use of decision highlighted the non-linear, player-agent nature of games as a whole; it remains one of the rare examples of contemporary games that use the game design medium in a truly artistic way instead of simply providing aesthetic pleasure from graphics or sound. To top it off, the story itself was a watershed of drama and familial tension, where truths and lies led to powerful and generally unpredictable results.

The mechanics and groundbreaking progressions in game design were incredible achievements, but interestingly enough, The Walking Dead very rarely felt like a licensed title. The game may have been set in the same post-zombie-apocalypse setting and featured a few brief appearances by characters from the comic book series, but overall, its connection to the comic book or television adaptation were extremely minimal. The game, for what it’s worth, didn’t so much use the license, but more the concept: characters struggling to cooperate and survive in a treacherous world. Characters like protagonist Lee Everett and child heroine Clementine became icons in the gaming world, which is very shocking, considering that neither of them are connected to the original comic book series or television show. They are completely original characters. In that light, Telltale didn’t so much create an adaptation of an established universe, but simply took the framework of a setting or concept, and built their own mythology around it.

So why can’t this occur once again with Game of Thrones? Can’t Telltale achieve the same widespread, critically acclaimed status of The Walking Dead with this new property? Well, they can, but it would be much, MUCH harder. The big difference here is the contrast between the mythology of The Walking Dead and Game of Thrones. Yes, they are different universes aesthetically (one being a zombie-infested purgatory and another being the fantasy-infused continents of Westeros and Essos), but they also have very different settings from a lore-based level. Game of Thrones (and its subject matter the book series A Song of Fire and Ice) is a world whose appeal is defined by its lore and history. The mythology behind Westeros and Essos and the noble houses fighting for supremacy, along with the monsters from the North, is expansive, so much so that compendiums detailing the intricately organized history are already being written. The appeal of Game of Thrones is rooted in that intricate history; learning about the noble houses and the lore behind the civil war is what has grabbed fans and hooked them. 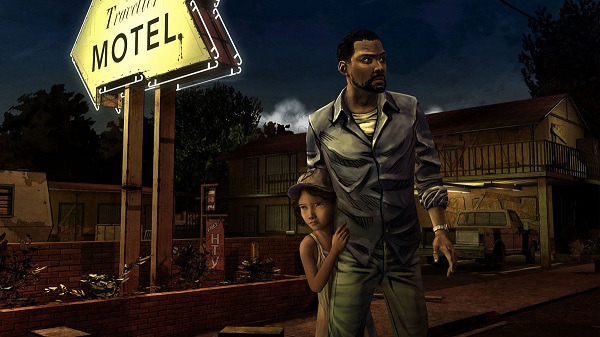 The Walking Dead didn’t have that. The fact that Telltale’s adaptation felt so loosely connected to the characters of the comic book and TV series showed that the setting was ripe for expansion beyond those established character arcs and climactic scenes. Its lax connection was loosened further by how versatile the setting was: the aftermath of a zombie apocalypse. As with many other zombie apocalypse media like Dawn of the Dead or Dead Rising, what was focused upon in Telltale’s The Walking Dead was the theme of surviving the zombie apocalypse, not necessarily what caused it or why. It wasn’t defined by a history rooted in stalwart governments or family bloodlines, so it was able to appeal to people who were completely unfamiliar with the license. You didn’t need to be an avid reader of the comics or a routine watcher of the AMC series to enjoy Telltale’s The Walking Dead.

Game of Thrones is a series that has dripped with that intrigue that Telltale avoided with their adaptation of The Walking Dead. In order to truly get the most out of what Game of Thrones has to offer, you need to read the books, watch the TV show, and overall, do a lot of research. Understanding the background of the houses, the factions, the creatures, the continents and the entire universe of A Song of Fire and Ice is a big part of what made Game of Thrones such a juggernaut on modern television. It has that narrative richness that has made franchises like Lord of the Rings and Star Trek so appealing to their respective fanbases. It rewards diving deep into the mythology. Making that kind of series appeal to non-fans without requiring extensive research on their part is bound to be more difficult than before, especially since the Game of Thrones game will be adapted directly from the television series and not the general franchise universe. 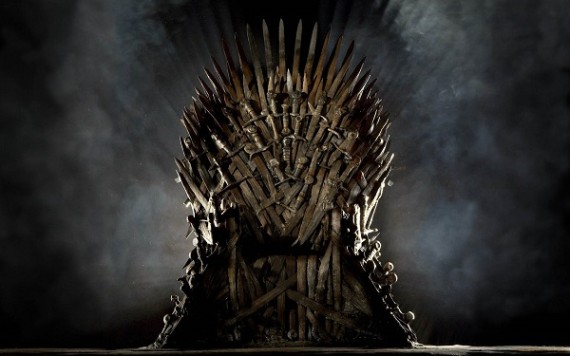 With such a large toolshed of ideas, themes and subjects to implement into their Game of Thrones adaptations, it’s pretty safe to say that Telltale are bound to make something special. As a tribute to a universe that has grown to epic proportions in such a short period of time, Telltale’s take on the world of The Iron Throne is destined to appeal to the large pool of fans that follow every little moment in that world. But Telltale is challenging themselves in a big way this time around; it won’t be easy to make a game based on such a thick and massive mythology palatable to the non-fans without some corners being cut, so it’s tough to envision the end result having the widespread appeal that The Walking Dead had. Will it be a success? I do believe so, but I definitely expect differing opinions in quality between the long-time researchers of The Crownlands and those who’ve just passively saw a snippet of an episode or two on HBO.