Following in the footsteps of Target, Best Buy has put the Xbox One version of Assassin’s Creed IV: Black Flag Limited Edition on sale. The sale drops the price from $130, to a hard to pass up $60, making it $70 dollars cheaper. For those with Gamer Club Unlocked, you can score an additional 20% off, making this quite the deal.

For those still on the fence, you can find a picture of the Limited Edition contents below and our full written review here. 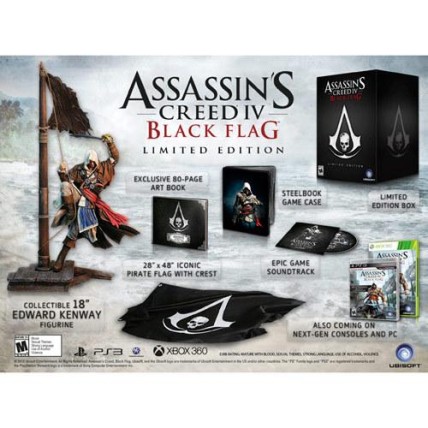