When new consoles or technology drop in front of gamers at conventions or press conferences, it’s to be expected that some new concept, idea or title will appear alongside it. Games that demonstrate the power of new hardware normally manage to get onto stores shelves, but some ideas, as creative as they might be, never see the light of full development. They are permanently reserved as hardware promotion tools and don’t get a chance to become more than that. Here are five tech demos with ideas so fresh, original or generally appealing, that it’s almost criminal that they never got a chance to spread their wings beyond pure demonstration.

Very much like past Quantic Dream demos, The Dark Sorcerer is absurdly detailed. From the wrinkles on the sorcerer’s face to the dim and fluctuating light in the room, everything in the entire demo drips with a sense of atmosphere and drama. As the titular character enters another dramatic chant to summon some otherworldly power, you hear “aww, shit!” Then it’s clear that the entire scene was an act from a number of on-screen characters; it was a comedic performance all along! As a company so connected with dramatic setpieces and emotional drive, seeing Quantic Dream tear down that stigma and show a lighter hearted side to next-gen technology is a real shocker. After the melodrama of Beyond: Two Souls and the noir atmosphere of Heavy Rain, it’s great to see Quantic Dream actually have some fun with next-gen tech instead of drowning us in seriousness. They were a company that desperately needed to loosen up, and with The Dark Sorcerer, they did. Keep that sense of humor alive, folks!

In 2000, Rareware was dead-set on following Nintendo into the next generation. After tremendous success on the Nintendo 64, Rare was destined for the Gamecube and they already had their biggest guns out with the Spaceworld 2000 teaser demo for Banjo-Threeie, the third game in the critically acclaimed platformer series. It was a short tech demo to the point of obscenity, but when Kazooie was Talon Trotting with Banjo in tow and Mumbo Jumbo close behind, all with a stampede of enemies and bosses behind them, something enormous was being set. The world of Banjo-Kazooie was expanding to a packed-to-capacity night club (a la Conker’s Bad Fur Day) and a canyon right out of Diddy Kong Racing. It simply looked massive. The demo, despite finally seeing the light of day online in 2011, further sours the notion of Rare’s creative dissolution and how far the company has fallen since then. 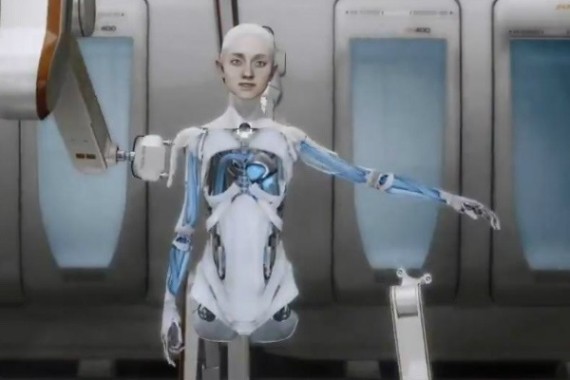 Back into the realm of tech demo connoisseurs Quantic Dream, Kara was a tech demo that showed the construction of an artificial intelligence named Kara. As the demo showed every shimmering detail, from the circuitry to the realistic facial expression, the main character begins to demonstrate that consistent emotive life that many Quantic Dream games have shown. But when Kara’s sentience clashes with her “defectiveness”, things get interesting. As she is slowly dismantled, she cries out, begging the technician to allow her to live. Tears falling down her face, Kara is rebuilt and given the chance to continue beyond the facility. Kara’s theme of what makes life isn’t anything new (look at Blade Runner), but it’s amazing how so much can be said in a short seven minutes. Quantic Dream had a fascinating idea with Kara, but they passed on it in favor of Beyond: Two Souls. Kara’s gist was emotion and how it contributes to humanity, and when you see how detailed Kara’s anguished face and tears of sorrow look, it makes you wonder why this idea never came alive. Unlike its heroine, the game wasn’t given a second chance. 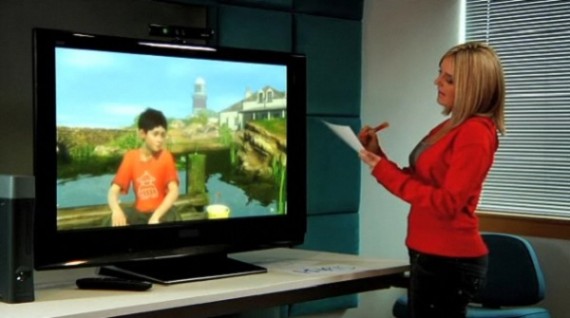 When Kinect was simply Project Natal, Populous creator Peter Molyneux was no stranger to ambition. The voice controls and motion sensing of Microsoft’s new 360 peripheral was a blank piece of paper for him to illustrate upon, a way to create ideas and break through the monotony of the seventh generation. Milo, internet parodies aside, was a very creative idea. Being able to talk to a friend and interact with him was an idea straight out of childhood. Beyond initial nervousness and the recurring struggle to find common ground, Milo was Molyneux’s transition from building a city to building a social relationship. It took the steady fumbling of starting up a civilization in Populous or a new fantasy hero in Fable and made it remarkably realistic. But despite the game’s status as a landmark concept for Kinect, Milo never got off the ground. It stayed in the land of tech demos, which is a shame, because when it came to being truly original with new tech, Molyneux didn’t hold anything back. 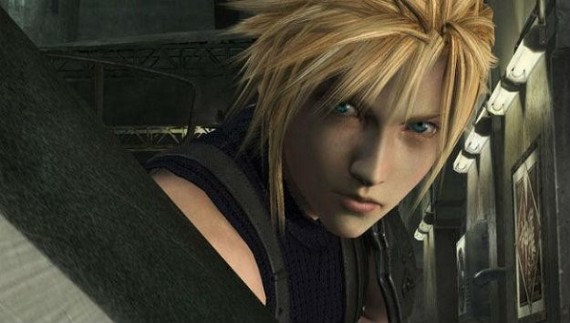 The mind reels at what Square Enix expected from showing a high-definition rendition of the famed opening scene of Final Fantasy VII. They clearly wanted to demonstrate the power of the Playstation 3, but they didn’t seem to understand that when you’re showing a stunningly good-looking version of one of the greatest and most popular games of all time, you’re going to get people drooling. Seeing Midgar’s chambers fume, heroine Aerith walking in the streets, the train dashing into the station with Cloud leaping off and swinging his Buster Sword; it wasn’t just a moment of fan service. Square Enix was showing the potential of how series can be revisited and remembered in fresh new ways. The upgrade from the blocky polygons of the PS1 was staggering. Even with so many other PS3 games from Square reaching huge levels of technical fidelity, this one scene lasting less than two minutes is still stalwartly ingrained in gamers’ minds. While Square constantly drives home the fact that it is a tech demo and nothing more, they seem to underestimate the gaming community’s reverence toward Final Fantasy VII. When it comes to the most requested games in the biz, the Final Fantasy VII HD remake is one of those ideas that simply doesn’t go away.

Any other demos from memory that deserve a go? Sound off in the comments below!