The two Witcher games from CD Projekt RED were some of the best role playing games of this past generation. Based on a Polish series of novels, the world of The Witcher presents a more mature and morally gray take on the traditional fantasy setting. The Witcher 3: Wild Hunt is one of the most anticipated games of next year and based on trailers, it’s looking fantastic. Interestingly, The Witcher and The Witcher 2 Assassins of Kings are both very similar and very different in some major ways, so let’s compare the two and see which is the better game.

Going from The Witcher to its sequel, CDP RED made a lot of fairly significant changes to the core gameplay, and in particular the combat. The original game, while definitely classified as an action RPG, puts a much larger emphasis on strategy in combat than it does reflexes. As the witcher Geralt, you have two different kinds of swords as well as three different combat stances. This ultimately means your success in each encounter is determined by correctly choosing which of the six possible approaches is best for the type and number of enemies you are facing. Geralt also has a handful of signs (spells), which can turn the tide of battle, and using items and potions during combat is a key element of The Witcher.

In The Witcher 2, combat received a significant overhaul. Geralt still has two types of swords, but rather than stances you have different types of sword strikes. This makes combat much faster and more action oriented, while not diminishing the complexity. Enemies are still best dealt with in a specific way, but now things like dodging and positioning are much more important with the increased speed and responsiveness of the controls. Spells are also much easier to fire off in the heat of combat, and use of potions is limited to out of combat. The original Witcher felt like a tactical RPG (along the lines of Baldur’s Gate) that was attempting to be an action RPG, whereas The Witcher 2 feels like a proper action game with the added benefit of being an extremely deep role playing game. 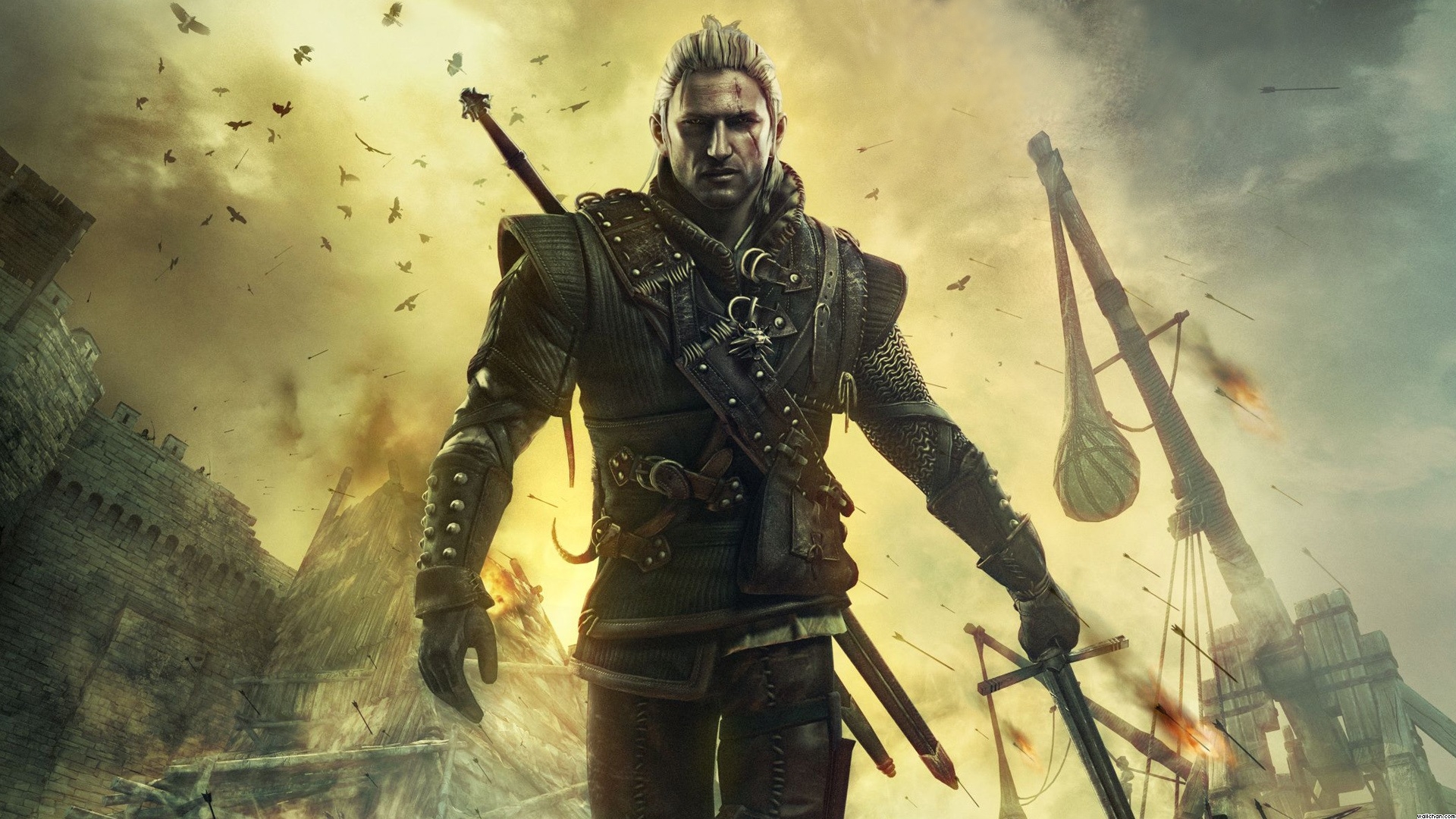 The Witcher 2 has better gameplay.

Like most role playing games, the Witcher series puts a large focus on telling a story. The first game introduces players to the world of The Witcher. We learn about what witchers are and how they are viewed by ordinary people, we get to know Geralt of Rivia and are given some agency to chart his path, and we are taken on a journey through the game’s core narrative. Along the way you’ll also have the opportunity to engage in side stories and meet and converse with various individuals.

The Witcher 2 doesn’t bother too much with establishing lore or introducing previous established characters, the game assumes you are already familiar with the world. The Witcher 2 picks up not too long after the original, but the main narrative involving assassinations of monarchs has little to do with the first game. While choice was present in the first game, the sequel gives choice a lot more meaning, which is something even the most choice heavy games fail to really deliver on.

So, in terms of which game has the better story, it’s hard to say. Both games deal with a lot of morally gray situations, political intrigue, and racial tension. The world and stories of the Witcher are so refreshing in that they aren’t yet more instances of role playing games that revolve around ancient evil and righteous heroes, and both of these games succeed in this respect. Also, while the main plot of each of these games is fantastic, the real story of this series has to do with Geralt’s memory and the Wild Hunt, which will be resolved in the final game. Because the underlying narrative thread of the series flows seamlessly through these two games, it’s hard to pick one as the clear winner. 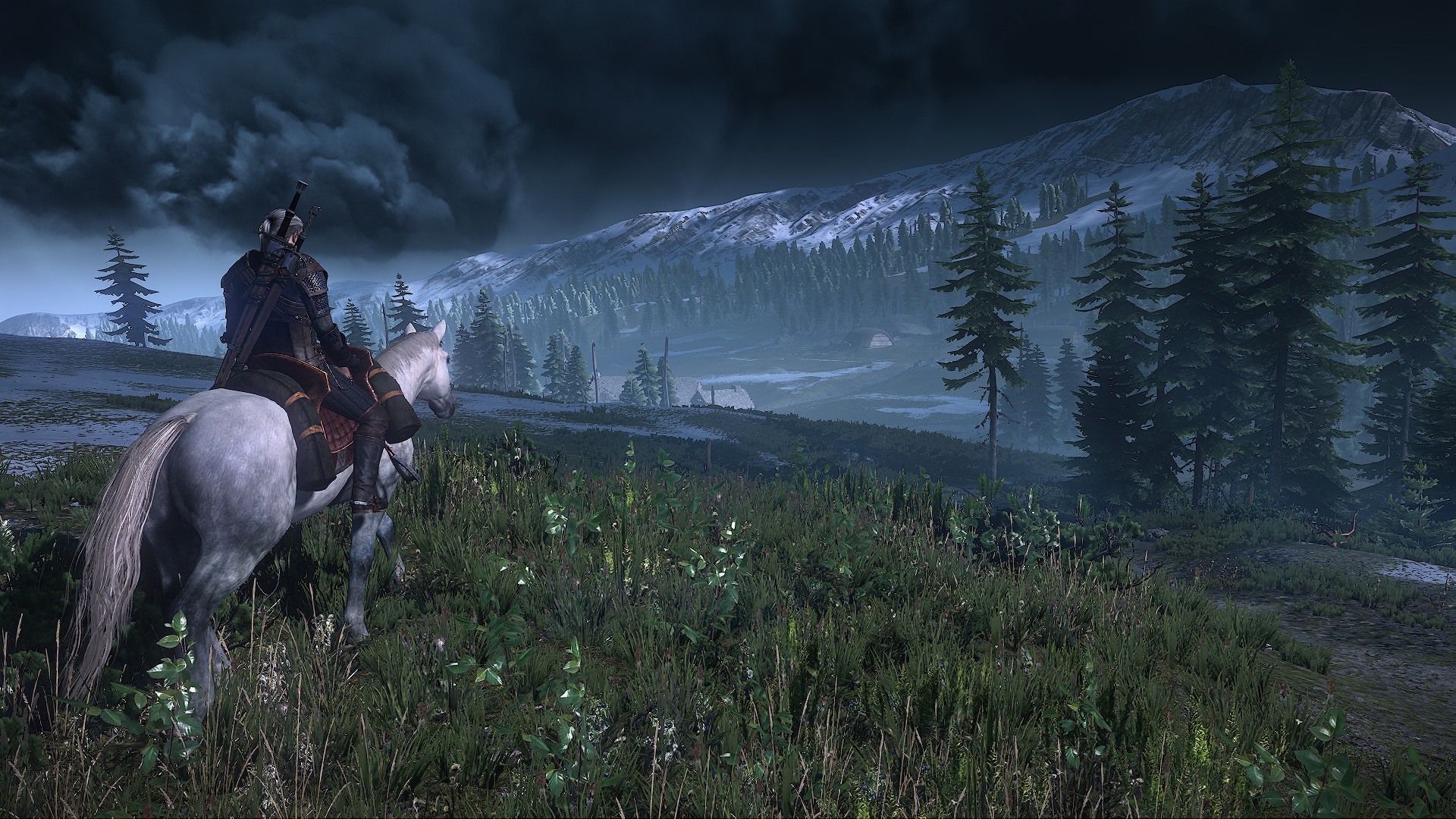 Both games have exceptional stories, it is a tie.

In past Sequel Showdowns I’ve made a point not to talk about graphics or presentation quality. The reason is twofold. For one, the past matchups would have been ties since the games involved looked identical and ran on the same engines with similar animations and overall presentation quality. The second reason is that it’s just not a fair category. In most instances the later game would win simply because it was released more recently. However, in this instance presentation will be a factor, and it will be clear why.

So, The Witcher was released in 2007 and The Witcher 2 was released in 2011, it’s obvious that the newer game is the better looking, but there’s a lot more to it than that. Back in 2007 when The Witcher came out, it looked average at best compared to other games of the time. In 2011 The Witcher 2 was one of the best looking games available, and is still to this day one of the most beautiful games on PC, easily outmatching many AAA games released this year. Additionally, the cinematic quality of The Witcher 2 is a huge improvement over the original. Voice acting is better across the board, cinematography during dialogue and cutscenes is hugely improved, and the animations look monumentally better. The Witcher 2 is a supremely impressive game in most aspects of its presentation, while the original was underwhelming even at the time of its release. 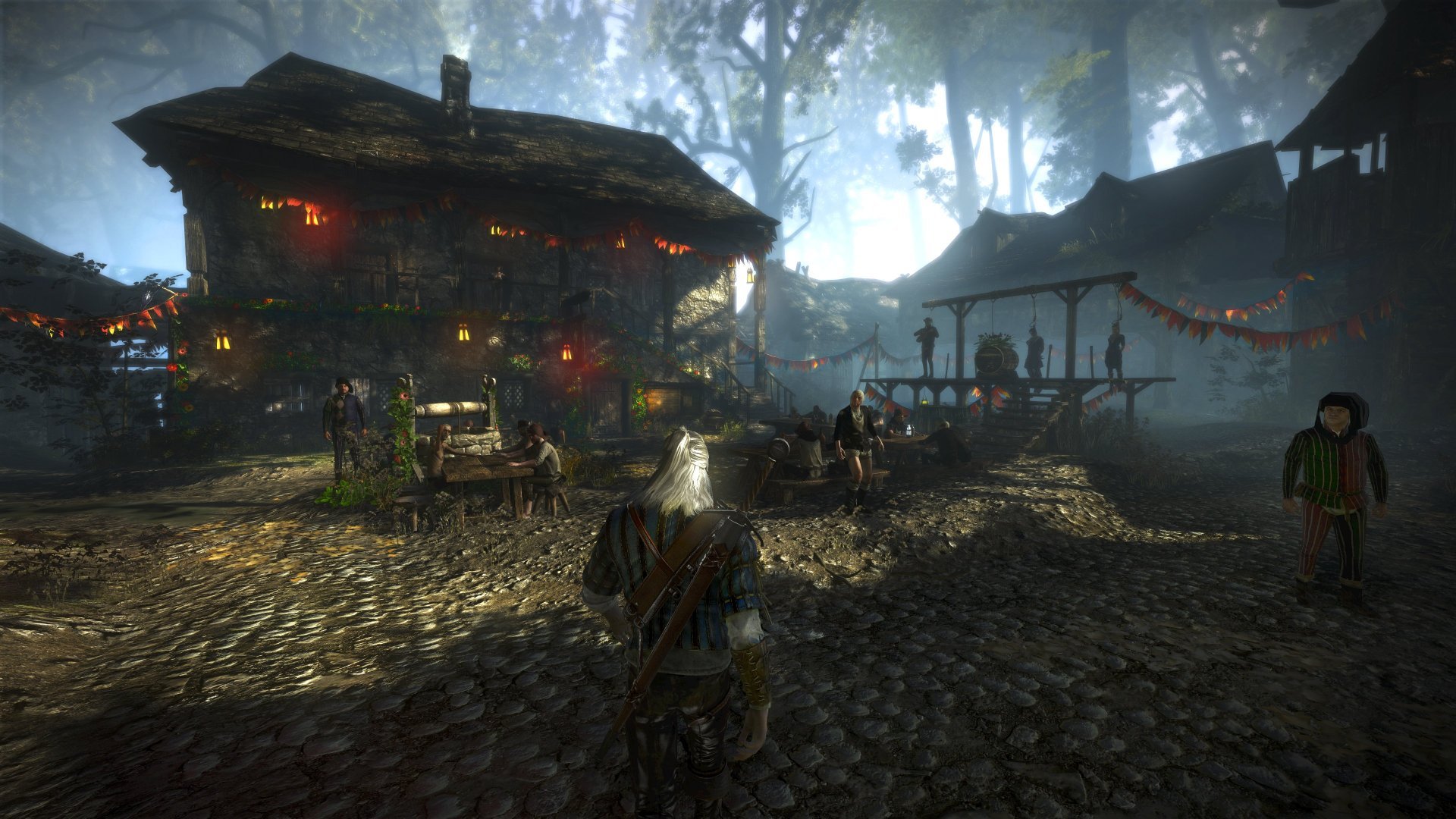 The Witcher 2 has better presentation.

Both games are designed very similarly to each other in most ways. The games are divided up among chapters, with each chapter taking place in a specific location. In most instances you are given a significant amount of side quests to go along with your main quest in each location. Typically, once you complete the chapter there isn’t any opportunity to return to the location. The Witcher gives you more opportunity to make your way back to previously visited areas, but the areas themselves are smaller and some are used for multiple chapters. In fact, the most stale aspect of The Witcher is the re-use of environments, with one in particular being used for 15+ hours of game time.

As I said before, both games put a large emphasis on choice, but The Witcher 2 really delivers. The Witcher 2 consists of 3 chapters, but the developers actually made 4 chapters. There are two entirely different chapter 2s in the game. Each has its own location, side quests, and storyline, but players will only experience one of them on a single playthrough, determined by a choice made toward the end of chapter 1. The result is a game about 10 hours shorter than the original, but the sheer boldness of the developers to create a dozen hours of content that may not actually be experienced by every player is something to be commended. There is nothing more frustrating than feeling like your decisions all lead to the same outcome regardless, and it’s exciting to see a developer spend so much effort to really make the player feel like their choices matter.

Some of the more complex (some might say tedious) aspects of the original Witcher were streamlined a bit in the sequel. For one, finding research materials is still an option, though no longer necessary. If you don’t feel like tracking down a book, you can simply fight the monster a bunch and learn through observation. Additionally, restrictions on where you can or can’t meditate have been removed and alchemy has been made a bit simpler. These changes aren’t even remotely approaching the dreaded realm of “dumbing down”, but I did feel like something was lost. Though it could get tedious and frustrating, I liked the idea of having to hunt down reference materials in order to learn the strengths and weaknesses of various monsters. Sure, you can still do it, but there is no point since you can just learn through combat. Despite my reservations with some of the simplified elements, they are not enough to cancel out the the presence of more varied environments, larger and more open areas, and of course, choice that actually matters.

The Witcher 2 has better design.

Dice poker was one of the most fun and addicting ways to waste time in The Witcher. It’s a simple combination of yahtzee and poker, but it’s enjoyable for what it is. It made a return in the sequel, but they ruined it! The wager system was changed to favor NPCs, matches were cut from two rounds to one (which erased all strategy) and worst of all the easy to see and understand real world style dice were replaced with confusing stylized fantasy looking dice. They took the first thing I did whenever I came to a new area in the first game and made it something I did a handful of times and ignored in the second game. Obviously this is an extremely minor gripe, I just want to acknowledge that they totally ruined this mini-game in The Witcher 2 for no apparent reason, and I hope they fix in the next game. The Witcher 2 may be the hands down better game in almost every regard, but there is at least one thing the original does better; dice. 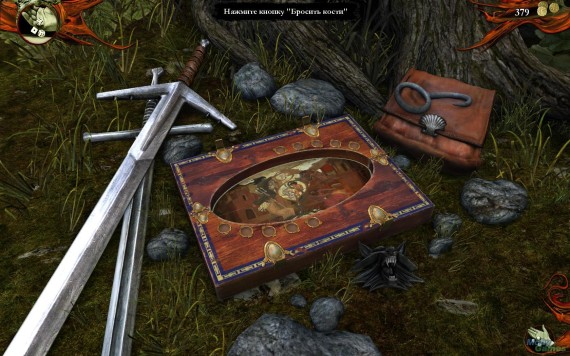 The Witcher has better dice poker!

Well, there you have it, The Witcher 2: Assassins of Kings is the clear cut winner. Let’s not forget, however, that the original is a great game in its own right. It may have some rough aspects, especially in comparison to the sequel, but it’s still a game worth playing. If you call yourself a fan of RPGs, you owe it to yourself to check these games out if you haven’t already. The Witcher 3: Wild Hunt is set for release sometime in 2014.