Bit.Trip fans have gotten their fill over the last couple years with copious new games. The Runner series seems one of the most successful, seeing a sequel by the name of Runner 2: Future Legend of Rhythm Alien. This title hit consoles (360, PS3, Wii U) and PC earlier in the year and has finally been brought to Vita. Does it survive the transition and become a must-have portable rhythm runner? 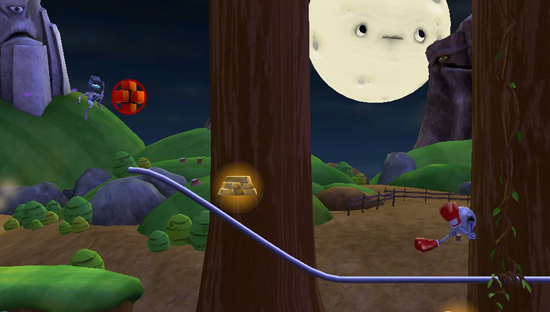 For the most part, the game appears completely unchanged from existing versions. Long gone are the days of handhelds getting subpar revisions of existing games! All that fans loved with the original Bit.Trip Runner remain. You star as Commander Video (and his cast of partners) who run from left to right automatically across a multitude of stages. Each level has a musical track and those songs determine when the player should act.

Yes, it’s possible to play the game without tuning in, but you’re making a nearly impossible challenge for yourself. Enemies are smartly positioned to be in place where beats land during the track. Getting into the music provides the perfect jump, duck, block, and kick timing. As long as something doesn’t throw you off, it is a pretty easy game. Of course, Runner 2 is skilled at throwing almost everyone off at points. 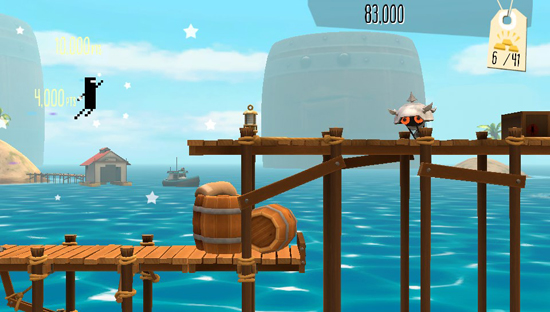 Part of this stems from Commander Video’s wealth of abilities. He can jump and duck but also kick while in the air or block while jumping. The first world quickly runs through all these skills and then requires players to recall them with skillful timing. For a while it takes a little getting used to but eventually it all becomes wired to muscle memory. Unfortunately, it appears that the Vita face buttons are imprecise. Every so often they would seemingly not register a well-timed jump or duck. Of course, that’s the least of your problems when usually it is one’s own trouble keeping the rhythm that will knock them out.

There is not tons of variety in enemy types, but this is for the best. By keeping them the same across areas the player never gets confused about how they need to overcome them. Only in retro levels do they appear to change (into pixelated form) which can cause a few mishaps. In any case, Gaijin Games obviously has a handle on how to layout a stage. When in sync with the music, everything flows wonderfully from the starting gate to finish line. Getting a perfect, which is achieved by grabbing all items on a stage, is incredibly rewarding. 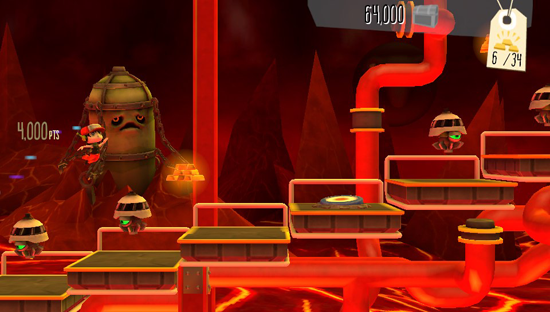 Runner 2 may very well be the most welcoming Bit.Trip game yet. There are three difficulties included which should appease almost all players. On each, the game also builds up intensity in a fair fashion. At any point, it is also possible to switch between them if a particular stage is too easy or hard. As for the levels themselves, you never have to get perfects, although the game urges players to try. Those who love the challenge can seek out alternate level exits, grab new characters, play retro stages or find keys to unlock new areas. With a hundred levels in all this is a title that can be played for dozens of hours.

In a way, it is perfect for the Vita. Each level is fairly short (barring copious mistakes) and makes for great pick up and play gameplay. However, the portability is also an issue. Playing in a loud area becomes challenging for those not wearing headphones. Secondly, the small screen does a great disservice to Runner 2. Everything is bright and alive on big screens, and while there are still many bright spots on the PS Vita, darker enemies can blend in with backdrops, making for unfair deaths. How can you know to jump if you didn’t even see a creature there? You really have to put all your attention on this one to make it through in one piece. 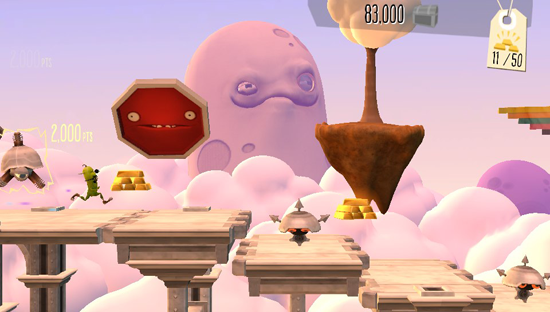 That’s not to say the game has been broken in the process of coming to Vita. On the contrary, the original product is so good it’s hard to fault it for the limitations of a handheld. There are so many levels, great music, many characters to choose from and a ton of other hidden content to unlock. Those who want the best Runner 2 experience, however, should seek it out elsewhere. If you only have a Vita to play with, though, then this is still a mighty fine way to get your dose of Runner 2: Future Legend of Rhythm Alien.