While the whole editorial staff contributed to our 2013 awards, we wanted to allow everybody the opportunity to publicly name their personal top 10 games of the year. While many did play the majority of releases in 2013, please remember that unlike our main awards, the editors are not naming the *best* games, but their personal favorites out of the selection they played. 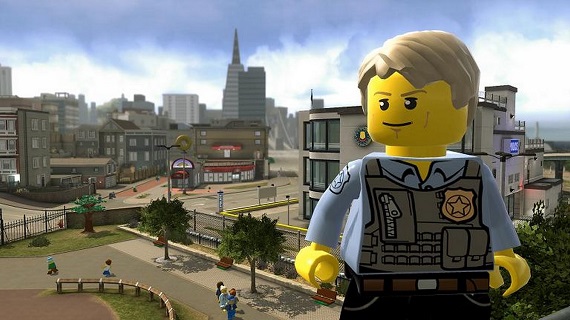 The only Wii U exclusive to make the list, LEGO City: Undercover was a game that got lost in the madness of Tomb Raider, God of War: Ascension and Gears of War: Judgment.  However, this is not a game to miss.  TT Games managed to create an utterly fantastic open-world game based on their own IP.  As Chase McCain, you must gather your wits, costumes and dim-witted friends to take down the nefarious Rex Fury.  Here you’re given a huge LEGO world to explore with a hilarious story filled with plenty of funny dialogue.  If you missed this game and you have a Wii U then you owe it to yourself to check it out. 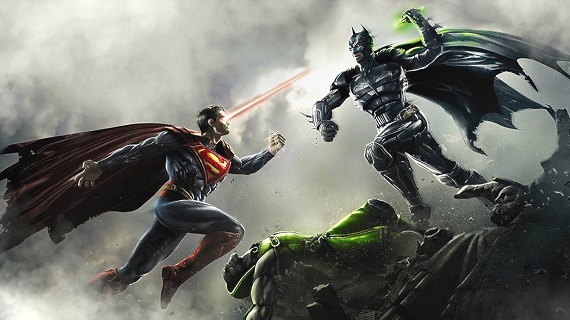 I am a huge fan of Mortal Kombat so when I heard that developer NetherRealm Studios was developing a fighting game based on the DC Universe I got pretty excited.  Injustice: Gods Among Us was the final product and it was flashy, brutal and satisfying.  The game tells the story of what would happen if Superman lost control and became a dictator, and it was ok though nothing special.  What made the game so great was the brutal and flashy combat system the sent heroes and villains flying through buildings and across dimensions.  This is one of the best fighting games in years and I’m excited to see what NetherRealm will do with a possible sequel. 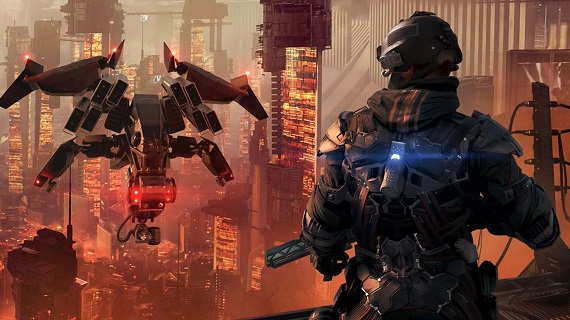 The only pure next-gen title on this list, Killzone: Shadow Fall is a technical behemoth ushering in the next-generation.  Guerrilla Games have always been masters at creating truly beautiful games, but with Killzone: Shadow Fall they pushed themselves further in terms of story and game design.  The story is not that bad with deep political and racial themes lending it some depth.  Game design allows players bigger environments and more options about how to explore them.  Topping it all off is a multiplayer suite that is as addicting as it is beautiful.  Good job, Guerrilla Games. 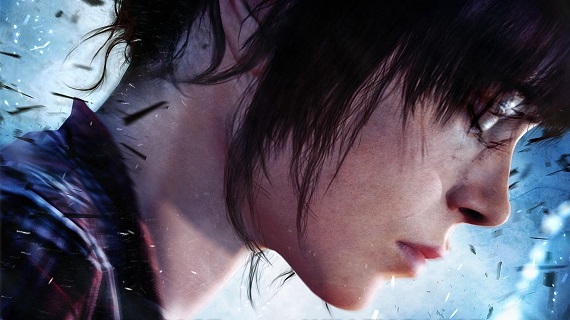 I don’t know why I love Beyond: Two Souls as much as I do.  David Cage gives us some really ridiculous dialogue and plot.  Gameplay relies heavily on the right analog stick, but questionable camera angles make it unreliable.  Still, I love this game.  The acting is top-notch thanks to Ellen Page and Willem Dafoe.  The use of quick-time events still adds large amounts of tension as they did in Heavy Rain.  And, despite the corniness, I still really enjoyed the plot and found myself touched the whole way through.  Using non-linear storytelling was a risky move, but the fragmented nature of the story ended up helping the game achieve a level of mystery that would have been lost should it have been told linearly.  Overall, I love this game and I’m quite excited to see what Quantic Dream comes up with next. 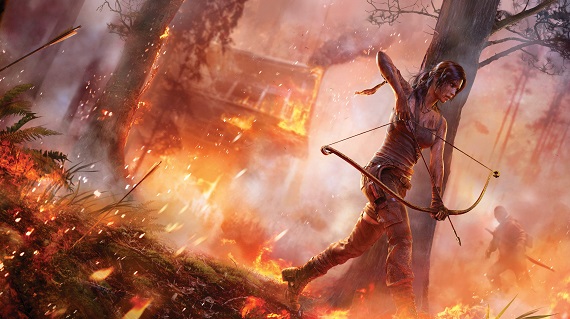 I did not like Tomb Raider when I first played it back in March, but after a playthrough and some time to reflect over the game my opinion quickly changed.  Tomb Raider is a very smooth game to play with some tight mechanics that overall make Tomb Raider one of the best games to play this year in terms of pure fun.  It does have its quirks though.  The story is utterly predictable and it is hard to connect to Lara when she’s able to perform headshots after getting out of a “traumatic” incident.  Also, the amounts of brutal things that happen to her is pretty ridiculous.  Still, insanely fun game to play. 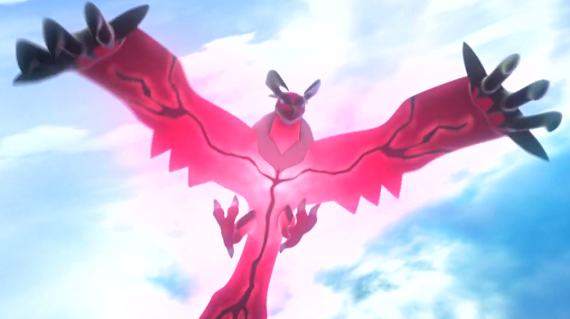 There’s just something about Pokemon that keeps players coming back.  Even after six generations there is something that keeps me captivated by this franchise.  X and Y were pretty awesome games and a huge step up from Generation IV and Generation V.  Game Freak finally began adopting modern visuals and game design by giving the franchise a complete graphical overhaul that brought the franchise into 3D.  Cities and Towns garnered a huge expansion from previous games and now have the feeling that they could be actual cities and towns.  Pokemon X and Y were huge steps forward for the franchise and I’m interested to see what happens next. 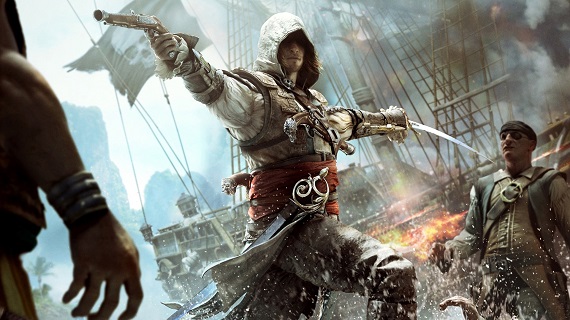 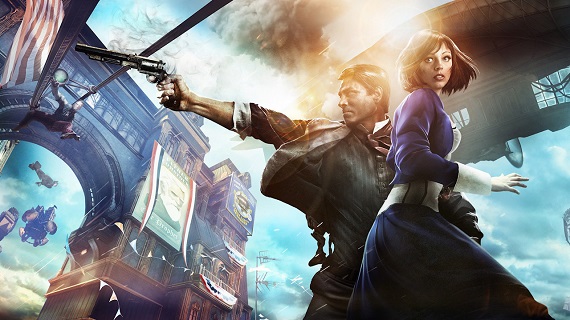 Irrational Games had a mighty high goal to reach to top the excellent original Bioshock.  They didn’t succeed, but the end product is still amazing.  Infinite contains some thought-provoking storytelling, though the ending does require some suspension of disbelief.  The bright and colorful city of Colombia provided a stark contrast to BioShock and BioShock 2’s underwater city of Rapture, which was needed after two trips to the underwater city.  Here we’re given the story of Booker DeWitt as he seeks redemption from his past by finding the girl Elizabeth, however everything is not as it seems by the time you reach the breathtaking ending that requires you to use your mind.  The only thing that really held back this game was some of the outdated gameplay mechanics and the fact that Vigors felt too much like Plasmids.  Overall, one of the most impactful games of this year. 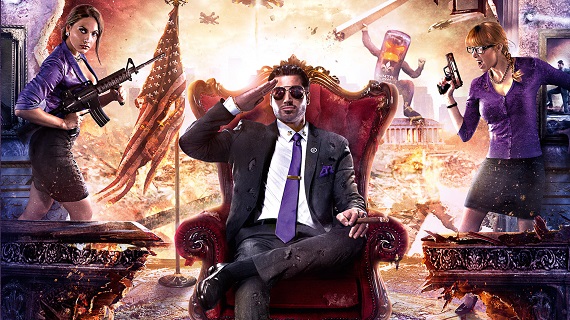 Holy crap this game is awesome.  Saints Row IV isn’t the equivalent of Oscarbait like BioShock, in fact it is the complete opposite.  It isn’t trying to be serious or philosophical…it’s just trying to be freaking awesome.  I had the most fun playing Saints Row IV out of any game this year.  The addition of aliens and superpowers allowed Volition to go literally insane with this game.  Saints Row IV did something that very few games ever make me do, actually keep playing after the credits roll.  Racing through Virtual Steelport with super speed and then making a massive jump only to begin flying across the city is something no game has given me this year.  To that, I salute you Volition. 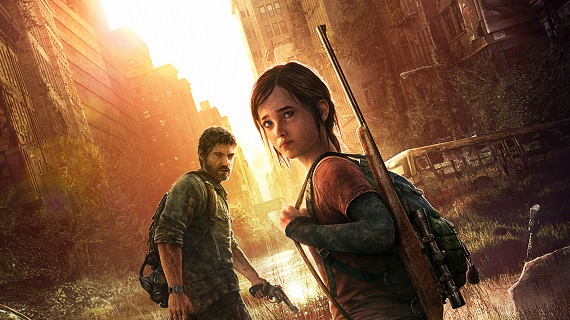 Anyone who knows me knows that this was coming.  The Last of Us has left me thinking for months about its many themes and absolutely perfect ending.  Naughty Dog set out to create not only an amazing looking game filled with fantastic acting and dialogue, but a visceral game that explored what it meant to survive in a world devestated by the Cordyceps virus.  Blending together stealth and action with a fairly open level design, Naughty Dog achieved a level of gameplay that third-person action and survival-horror games will be emulating for years.  Purposefully clunky, you always felt like a mortal being in The Last of Us than an unstoppable killing machine as in most games.  Every missed shot, every miscalculated move could easily result in death.  Wrapped up in this neatly tied bow is a story that may feel familiar, but ultimately is one of the most unique this year.  This isn’t a tale about trying to save the world from doom, it’s a story of survival and what we lost to survive.  Joel and Ellie’s story is near pitch-perfect that ended satisfyingly twelve hours after beginning.  No other game has ever left me so satisfied this year, if ever.