There’s no arguing that Mario is a name for the ages, both in and beyond gaming. Everyone knows who Mario is, but Luigi? Not so much. Luigi may be a frequent companion to Mario, but very few people outside of gaming know Luigi beyond his different height and color of clothing. Nintendo’s Year of Luigi began this year, finally giving a formal celebration to Mario’s younger brother, and now more than ever, Luigi is able to stand out and embrace the stage. Mario is an icon, but as a character, Luigi is more realized, has more emotion, and possesses a personality that’s so much more appealing (and existent) than Mario’s.

Luigi’s rise to relevancy was something ripe with challenge. Technically, Luigi’s surname was in the title of the first game he appeared in: Mario Bros. in arcades. Since both Mario and Luigi have the same last name, Mario, Mario and Luigi were on equal terms. Due to Mario’s role in the original Donkey Kong game, however, Mario remained in the spotlight (also, considering that the last name of Mario was…well…Mario). Luigi continued his gaming career into the Super Mario Brothers series, but didn’t get a fully original design until Super Mario Brothers 2, where his increased height and better jumping skills let him stand out. Sadly, by the end of the 8-bit era and the beginning of the 16-bit era, Luigi returned to simply being a re-skinned Mario sprite. 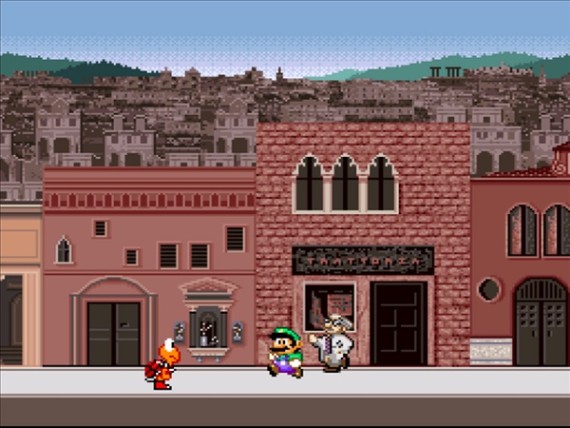 Luigi’s first starring role in a video game was, sadly, less than flattering. Mario is Missing! was a SNES educational game developed by The Software Toolworks (the game was also released on home computers and original NES). Despite the promising concept, engaging title, and box art that actually portrayed a true starring hero role for Luigi, Mario Is Missing! was simply Luigi’s character sprite wandering around a poorly drawn town with “real” people and things to interact with, all based around real-world geographical locations. It’s so weird because the game itself makes a truly compelling case, but once you actually dive into the game, all sense of Luigi’s potential is destroyed. The name itself implied Luigi’s time to shine. For a first go as the lead character without his brother stealing the spotlight, Luigi’s star debut wasn’t just bad; it was a really cheap and deceptive trick for gamers hoping for a true shift from Mario himself.

Luigi’s role in the Mario universe only dwindled after the Super Nintendo, earning no roles in any main games in the Mario series for nearly a decade after the launch of the Nintendo 64. He was always quick to appear in side games like Mario Party, Mario Kart and Mario Golf, but his role was merely as a player, not as a character. The brief appearances in Paper Mario on Nintendo 64 did reveal quite a bit about Luigi’s character, where his hidden diary entries showed a sense of envy and reverence for his older brother. Luigi was a character who wanted to experience the adventures that his brother saw on a regular basis. For the first time, we got to see who Luigi really was.

The Gamecube marked the rebirth of Luigi. His first starring role since the Super Nintendo, Luigi’s Mansion on Gamecube, was a revelation for gaming’s most prominent second banana. After earning a mansion from a contest he didn’t enter, Luigi learns of Mario’s disappearance in the mansion, and it’s up to him to save his brother. Despite taglines in advertisements for the game that interestingly enough read “Mario is missing…”, Luigi’s Mansion stood far away from his terrible SNES starring debut. Luigi’s Mansion, in every stance, was Luigi’s game. We also got to see Luigi’s character develop like never before. He was no longer the enthusiastic go-getter companion for Mario; in Luigi’s Mansion, Luigi was scared, unsure and constantly uneasy. For lack of a better term, Luigi was a wuss, but that was perfectly fine. His determination to save his brother drove him through the environment that he clearly feared (that final scene in Luigi’s Mansion is easily one of the most heartfelt scenes ever seen in a Nintendo game). Luigi’s Mansion was a smart way for Nintendo to (at long last) define Luigi as a character, one that didn’t need his brother to give him life and stardom. He was finally his own man. 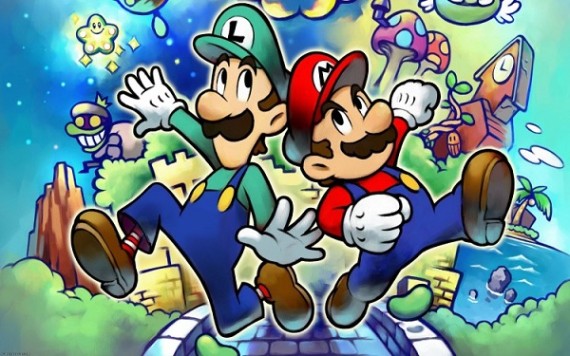 Luigi’s character was finally solidified and gamers grew to know The Green Machine better than ever. Nintendo took note, as many future games featured this goofy, nervous Luigi. Mario and Luigi: Superstar Saga for the Game Boy Advance was a hilarious romp through Mario and Luigi’s brotherly relationship, with Luigi being even more frantic and uneasy. Paper Mario: The Thousand Year Door for Gamecube featured Luigi, who told Mario of his journey to the Waffle Kingdom (all compiled in the Super Luigi series of books in-game). Future Mario and Luigi games like Dream Team put Luigi at the forefront of the game’s appeal. Luigi’s trusty Poltergust 3000 from Luigi’s Mansion made appearances in games like Mario Power Tennis. Luigi’s role as a skilled jumper has also been demonstrated in games like Super Smash Brothers and Super Mario 64 DS, both of which offer Luigi as a unique character with distinct abilities. 2013 was Nintendo’s official Year of Luigi. To celebrate the 30th anniversary of Luigi’s debut in Mario Bros., Nintendo released a number of games featuring Luigi (or in the case of games like Luigi’s Mansion: Dark Moon and Dr. Luigi, that starred Luigi). It was an embrace of the character, one who, until then, always seemed to be trapped in the shadow of his older brother.

But that’s an interesting thought. While Luigi has constantly been Mario’s “sidekick” of sorts, his actual character and personality is much more defined than Mario’s. Sure, Mario has shown signs of ambitious heroism, enthusiastic competitiveness and (as seen in Super Mario Sunshine) a love for rich food, but these characteristics aren’t fleshed out. If anything, they’re rather flat. They’re characteristics that could be attributed to any hero in a Shonen Jump manga. Luigi, on the other hand, always has his own vibe. He’s nervous, but determined. He’s timid, but energized. He’s cowardly, but in a captivating way. Luigi’s unique appeal even brings out Mario’s inner self as well, as seen in Luigi’s victory screen in Mario Power Tennis when Mario congratulates Luigi while stepping on his foot in begrudging defeat. Luigi is a very expressive character and it’s when he’s on stage that the other characters tend to be more expressive themselves. He has a contagious sense of personality that always seems to stand out amongst Mario’s blind heroism or Peach’s diva-damsel persona. 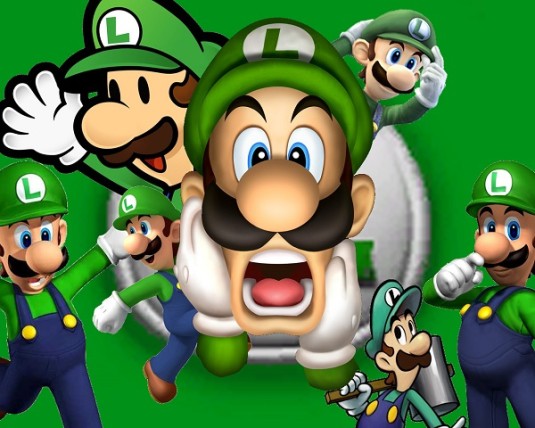 It’s astonishing to see how Luigi started things off as a simple sprite clone of Mario and is now a fully realized member of the Nintendo family. While Mario is still the name and face of the company, Luigi is Nintendo’s outlet to express themselves, act goofily, and show that being a hero doesn’t necessarily have to mean doing it with a courageous smirk on your face. Luigi is always nervous, but that’s his appeal. He’s heroic, yes, but it’s a heroism that’s so radically different from Mario’s. It just makes him more interesting, more expressive, and a much more appealing hero. If Nintendo didn’t break that sidekick trend in Luigi’s Mansion, I can’t envision us even having a Year of Luigi. The recent efforts of Nintendo to give Luigi the spotlight has made his differences from his more successful brother so much more apparent. These differences are fantastic evolutions of Luigi, but also further opportunities for Nintendo to give The Green Machine more appearances, ones that capitalize on his unique personality.

2013 may be over, but the Year of Luigi moves forward into 2014, and all things considered, bring it on.