Hooray!  The next-gen consoles are here.  Sony’s PlayStation 4 and Microsoft’s Xbox One have been released out into the wild for consumers to purchase and play next-gen titles on.  2014 already looks like a great year for next-gen with Uncharted, Titanfall, inFamous: Second Son, Thief, Dragon Age: Inquisition and Child of Light amongst other titles releasing for the new consoles.  However, like with every generation, there are some games that aren’t releasing on the next-gen consoles that remain must-plays.

These are the games that will ensure your PS3 and/or Xbox 360 stay plugged in for at least another year.  This is not a Top (Blank) list.  All entries have been arranged in alphabetical order. 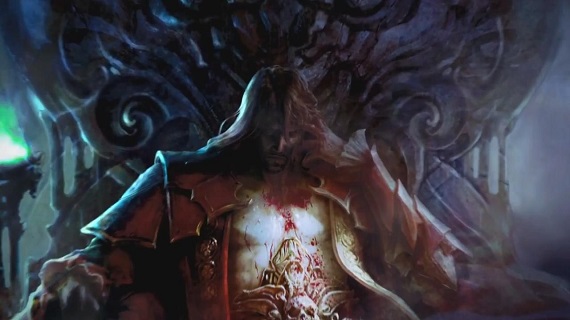 The finale to MercurySteam’s Lords of Shadow trilogy can only be found on current-gen platforms and PC.  Originally slated for release in 2013, the game was pushed back into early 2014 for a little bit of extra polishing, and it looks fantastic.  You play as the fallen Gabriel, now going by the name Dracula.  Cursed to live forever, Gabriel still mourns for Marie until Zobek find him and offers him a deal; help Zobek defeat Lucifer and he will free him.

MercurySteam has taken all of the criticism from the previous game and incorporated it into the sequel.  Players now have full control of the camera giving a much better view of the battlefield.  Light and Dark magic now have more depth allowing Gabriel to summon different weapons.  Despite not launching on next-gen consoles Castlevania: Lords of Shadow 2 is an absolutely gorgeous looking game. 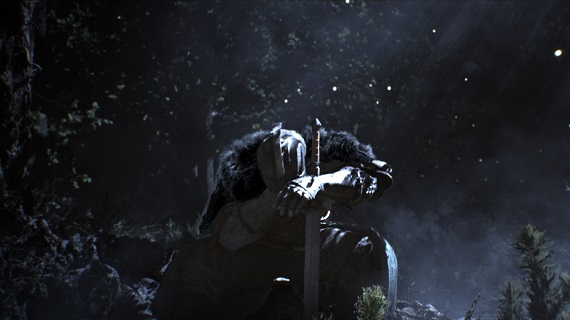 Sadistic and masochistic gamers flocked to Demon’s Souls back in 2009 and found a worthy challenge in this PS3 exclusive.  Two years later developer From Software brought us Dark Souls for PS3, Xbox 360 and PC.  The game was absolutely brutal, challenging and chaotic and everyone loved it.  Last year at the Spike VGAs Dark Souls II was announced for a 2014 release.  At E3 2013 the developer confirmed that no next-gen versions are in development.

Featuring a new AI system, Dark Souls II promises to be a worthy successor to the two previous titles.  Here players with patience will find a rewarding game that they can easily lose hours to.  That means your PS3 or Xbox 360 will be eating up plenty of PS4 and Xbox One time. 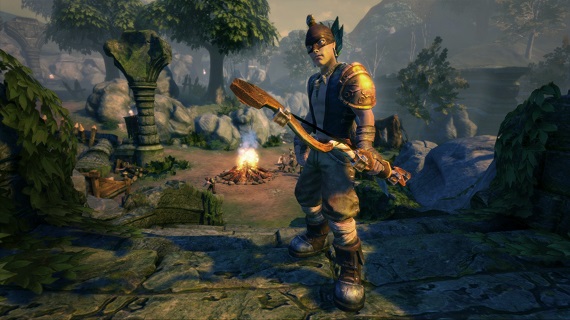 There’s no doubt that the Fable franchise is one of the most polarizing in the industry.  Peter Molyneux’s inability to deliver what he promises has landed these games into hot water quite a few times, but underneath all those promises is still a quality franchise worth playing.  Being the only Xbox release in the franchise, the original Fable was not played by as many players as future sequels due to the small install base of the original Xbox.

All of that is about to change with Fable Anniversary.  This will be Microsoft’s second HD Remaster project and it appears to be a good choice.  As players prepare for the future of the franchise on Xbox One they can also look back at the past and complete the Fable trilogy .

Exclusively on PS3 and PS Vita 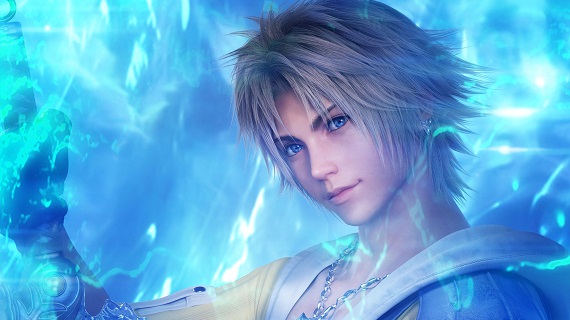 Final Fantasy X is often considered the last great Final Fantasy game.  Released in 2002, this PS2 exclusive was highly rated by critics and fans thanks to its story, gameplay and graphics.  Fast-forward to 2014 and we’ll get to play the game, and its sequel, all over again in HD.

This remaster will contain the International Edition that features brand new content and story content never before released in North America.  Square Enix has also taken the time to really work on the visuals and audio to deliver a stellar experience.  Adding in Final Fantasy X-2 is also a nice prize.  Buyer-beware though, the Final Fantasy X and Final Fantasy X-2 have to be purchased separately on the PS Vita.  Still, this is one gem everyone should revisit before leaping into Final Fantasy XV. 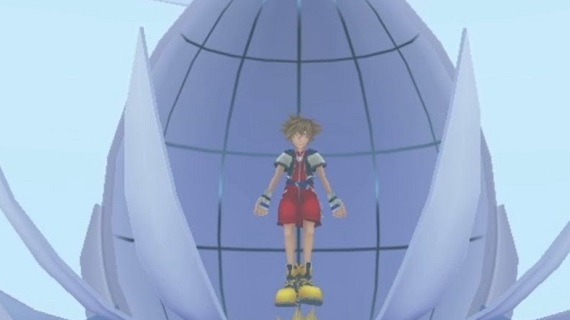 Both games are the Final Mix versions meaning more story content, new Heartless, new Nobodies and new Keyblades that have never before been released outside of Japan.  We’re not going to lie, the Kingdom Hearts plot is a bit convoluted making this collection of games necessary before hopping into Kingdom Hearts III. 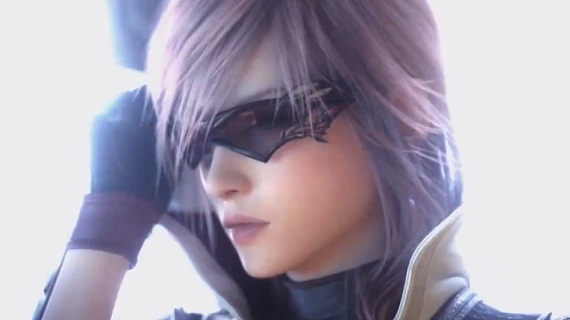 Listening to fans, the combat system is no longer automated like the past two games, but rather requires players to pay attention in order to string together different moves successfully to create combos.  It’s a fast and fluid system and is much appreciated after some of the boring auto-battle combat of Final Fantasy XIII and Final Fantasy XIII-2.  If you want to skip to next-gen you can pick up Final Fantasy XIV: A Realm Reborn on PS4, but you should definitely give Lightning Returns: Final Fantasy XIII a look. 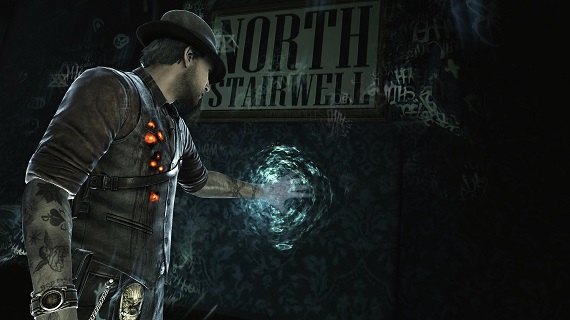 Going to into E3 2013 I had no idea what Murdered: Soul Suspect was even about.  The name sounded cheesy and silly, and it still kind of does.  Boy was I wrong.  When Square Enix showed me the game I was absolutely in shock over how awesome it was.  This was my biggest surprise from E3 and the game should certainly be on everyone’s radar.

In the game you play Private Investigator Ronan O’Connor who is murdered at the beginning of the game.  With his soul trapped on Earth, Ronan must collect clues and piece together his own murder in order to save himself.  The game is very much like Heavy Rain and the concept is extremely interesting as you can use your ghostly powers to possess people, solve ritualistic puzzles and move around the world freely.  On top of this, the game looks amazing even though it’s held back by the PS3 and Xbox 360.  Murdered: Soul Suspect will probably be overlooked, but it really does deserve your attention. 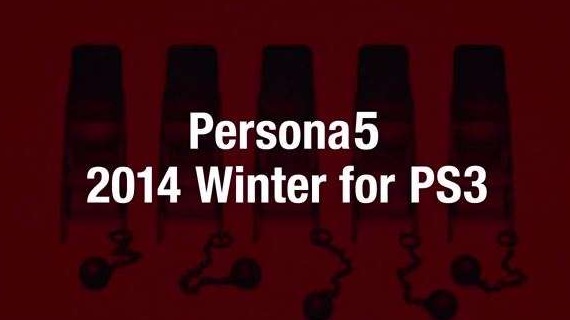 It’s been a long time coming.  Fans of the Persona franchise have been waiting for years to hear about the sequel to Persona 4, which recently got a port to the PS Vita.  The adventure continues in 2014 exclusively on PS3.  Not a lot is known about the game or even if it will release outside of Japan in 2014.  One thing is for sure, you’re not getting this on PS4.

South Park: The Stick of Truth 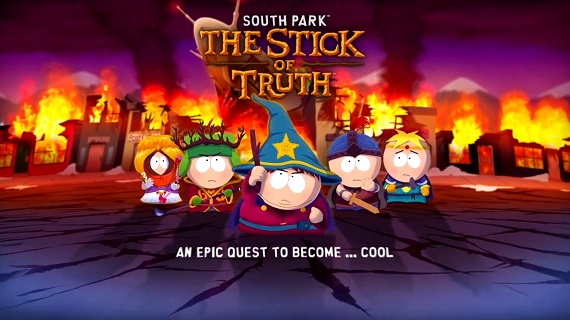 I really, really hope this game doesn’t get delayed again.  At two points in 2013, South Park: The Stick of Truth had a release date.  Now we have a March 2014 release date, and they better not mess with that.  Created in collaboration with Trey Stone and Matt Parker, Obsidian Entertainment has brought the world of South Park to life in this brand new RPG, and it looks hilarious.

As the new kid, you must help the likes of Cartman, Stan, Kyle and Princess Kenny to reclaim the Stick of Truth before evil powers destroy South Park.  Trey Stone and Matt Parker wrote the script for the game and provided the voices.  This will be a game for the ages and you can only play it on PS3, Xbox 360 and PC.