One of the most anticipated games of 2014 is Murdered: Soul Suspect by Square Enix. The spooky detective story will test your crime-solving skills in the afterlife. This recently released concept art is titled “Graveyard Pathway Mood Samara,” and immediately conjures images of horror stories. If you recall, Samara is the name of the long-haired demon girl from The Ring who crawls out of a television. The name perfectly fits the pale glowing figure from the image. If you remember any trailers of the game, the beginning takes place in a town. Now we know the story will eventually shift to explore creepier places. It’s only a tease but it sure does give off some strange vibes. Murdered: Soul Suspect will launch for last gen consoles in the earlier months of 2014, we’ve even named it one of the must-haves for Xbox 360 and PS3. 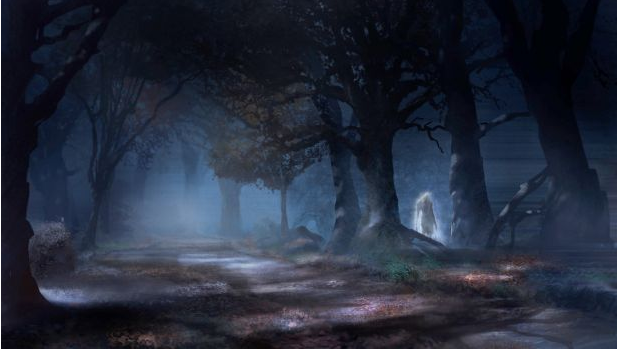