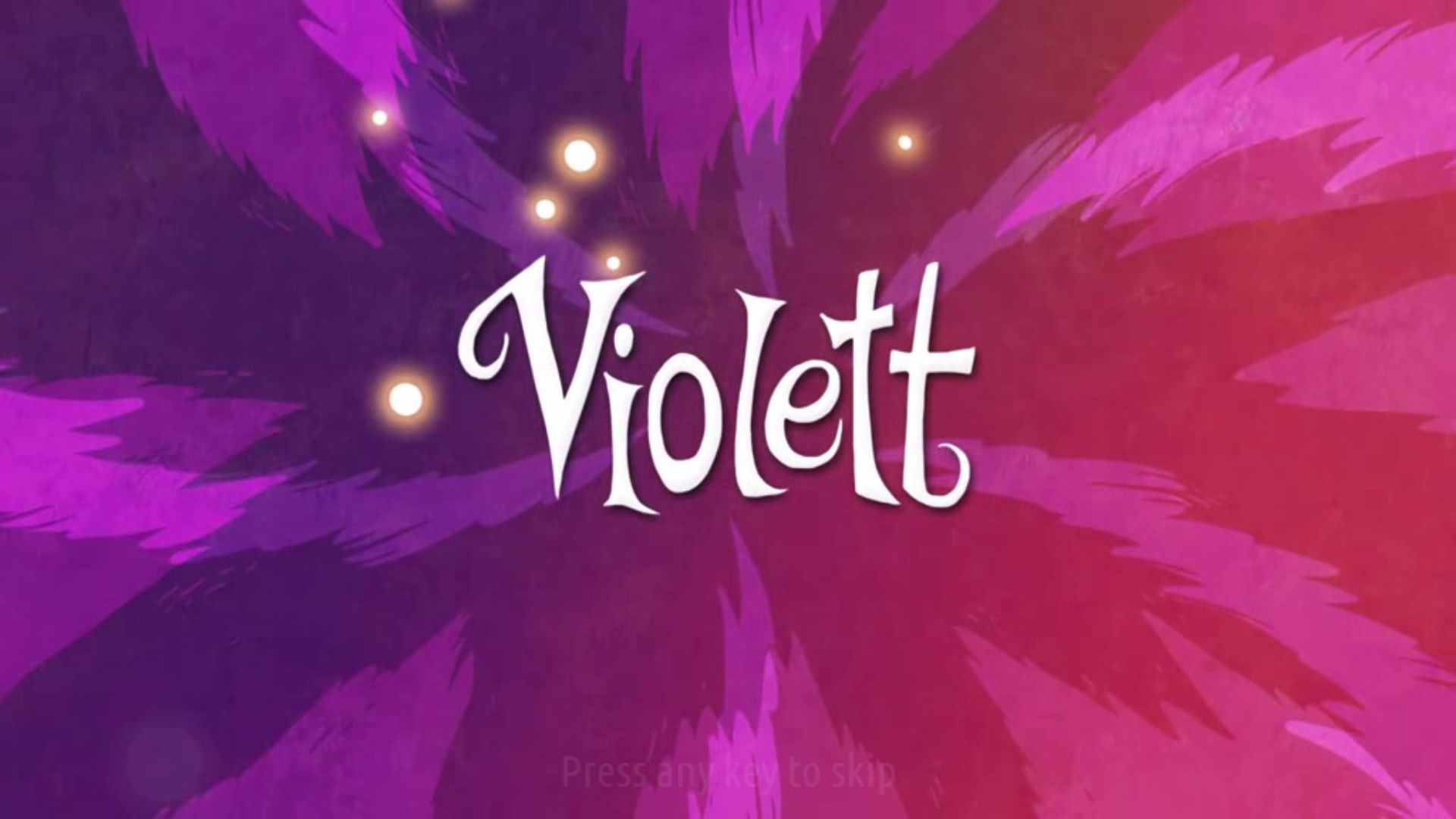 When I saw the beautiful screenshots on Violett’s steam store page, I felt compelled to buy it. I hoped I was in for an experience that was quirky and maybe a little profound, and on the latter front I wasn’t disappointed. Violett is the sort of game that makes you ask important questions. Questions like “where are these developers from that they think any of this makes a lick of sense?” “how stupid am I that I paid good money for this just because it looked pretty?” and “what did I do to deserve this?” Yet it turns out that, far and away, the most vital question was “are you serious, did the game really just render itself unwinnable?”

This is another Machinarium clone, like Journey of a Roach – a point and click adventure where none of the characters speak and the gameplay is driven by a single gimmick. In the case of Violett, the gimmick is that the player has psychic powers, but they don’t really add much of anything to the game. In fact, they seem to just be there to obscure the developers’ laziness. Instead of animating Violett picking things up or moving objects about, she can just stick out her hand and levitate things about. Over the course of the adventure, Violett gains three other powers: The ability to make certain plants grow into ladders, the ability to float over some gaps, and I don’t know what the third one is because the game broke before I could find it. I’d be surprised, though, if it amounted to anything more than yet another key to bypass more arbitrary boundaries.

The “characters don’t speak” part of the equation is incongruous and infuriating here. Violett is about a teenage girl who gets trapped in a generic knockoff of Alice’s Wonderland that’s ruled by an evil spider queen. The plot is absolutely inconsequential, but it’s important to note that Violett is a HUMAN, meaning that she should speak some sort of human language. In worlds of robots and cockroaches, I can accept the gibberish, but with a human protagonist it makes no sense (except as a way of saving on voice actors and translation). It’s also frustrating as all hell, because the strange world Violett has found herself in is entirely lacking in consistent logic, and some verbal cues would go a long way toward making the puzzles bearable.

To give you an example of the kind of nonsense this game is built on, there’s a puzzle fairly early where you have to climb up a stack of books. There’s a ladder you need to climb to get up a ledge, but Violett arbitrarily decides that she can’t jump high enough to grab it. There are magic books nearby that, when turned to the right pages, create an icy staircase above you, but no combination helps you get up the ladder. What you actually need to do to progress is go back to the other side of the level and trade some baby insects candy for their toy blocks, which they will then stack up to the ladder. How in the hell you’re supposed to figure that out without a walkthrough is entirely beyond me.

Even when you do discern what you’re supposed to do, actually accomplishing it is an exercise in tedium. One puzzle made me spend 5 minutes performing the same action over and over again in order to collect matchsticks and build a raft, but that’s a particularly egregious example of droning repetition, and the game has more fundamental issues. Instead of just clicking on puzzle objects, you have to make dragging gestures with the mouse to use Violett’s powers on them. This interface doesn’t work very well on the PC to begin with (it’s obvious this is an iPad port, and some of the puzzles are nearly impossible without multitouch), but to top it off, it doesn’t even respond half the time.

Violett moves at an interminably slow pace, and getting anywhere takes forever. At one point, she spent 40 (entirely noninteractive) seconds climbing a giant ladder, only to be turned away at the top because she wasn’t wearing the right clothes. So I had to wait another 40 seconds for her to get to the bottom, then I had to find the clothes, then I had to find a screen to change behind, and THEN I had to wait 40 second for her to climb back up, just so that she could talk to some guys and get their permission to water a garden that was, of course, at the bottom of the ladder.

To make matters worse, as you subject yourself to all of this, you have to listen to the game. The voices of the characters are annoying and chirpy, and the sound effects are meh, but it’s difficult to properly critique any of that because it’s nearly impossible to hear it over the music. Whoever did the balance for this game needs to get their hearing checked, and they should bring the composer with them. The music ranges from boring and generic to annoying and generic, and it overwhelms EVERYTHING else.

If anything can be said for the game, it’s that it looks gorgeous. At least, the backgrounds do, presenting everyday objects at an immense scale in the vein of Honey I Shrunk the Kids or Chip and Dale. I’ve always loved this small world aesthetic, and it’s a big part of what drew me to the game. Unfortunately, it only looks good when it works. In the aforementioned matchstick puzzle, which involves moving hooks on strings, one of the hooks is floating about a foot above the string it’s supposed to be hanging from. This is a glaring, immersion-ruining visual glitch, but the developers care so little that they actually have a screenshot of it on their store page.

What’s more difficult to see from the store page is how awful the characters look. This is a game begging for hand-drawn sprites, but instead the developers opted to go with 3D models. To their credit, the models actually blend with the backgrounds pretty nicely, but they’re not at all well-made. The characters mostly look bland and lifeless, and they move like robots. The lighting on them may be correct, but in motion, they don’t look like they exist in the environments at all. The game looks broken half the time, and it’s appropriate, because it happens to be broken.

Adventure games thrive on compelling stories and a solid sense of logic, and Violett has neither. More criminally, the logic underlying the game’s systems seems to be broken, making it nearly unplayable. It’s a shame, because this is an exceedingly pretty title, and with a better game designer and a lot more polish, it could have been halfway decent. As it stands, Violett is a mess, and a disappointment on every level.