Gaming tattoos are generally not a good idea. First of all, they negate the “bad boy” effect that comes from a legitimate one and most people who get them aren’t the right candidates for ink. So while a giant Pac-Man on your back probably isn’t the best idea, sometimes a gaming tattoo comes along that is so well done and artistic that it negates all of the unfortunate notions that gaming tattoos bring with them. The tattoo below, tweeted by Krysti Pryde, is one of them.

It features the titular character and environments from Fez, a Blooper from Mario, fish from Ridiculous Fishing, Asteroids from Asteroids and more. It’s a pretty sweet tat anyway you look at it and would likely impress non-gamers just as much as it would people who instantly spotted every reference without blinking.

In fact, the first person to spot all the references in the comments below wins a free copy of Volgarr the Viking because why not. 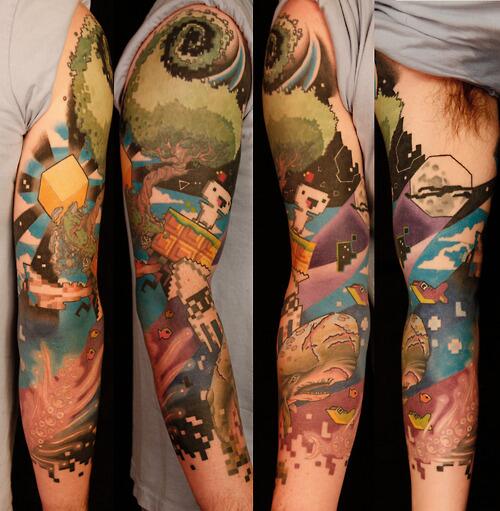