Metal Gear Rising: Revengeance was met with a mostly positive reception when it hit the PlayStation 3 and Xbox 360 nearly a year ago, and rightfully so, as it featured some of the most satisfying gameplay mechanics to have ever graced the character action genre. After promises of a PC port for more than six months, Konami has finally released quite possibly the definitive version to get by offering sharper visuals along with keyboard and mouse controls. It has been a long time since we’ve seen a Metal Gear title on the PC, but thankfully, Konami has matched most of the standards we’ve come to expect.

The game is set in the near future where cyborg implants have become somewhat of a norm. This has allowed for mechanically enhanced soldiers to pop up and cause trouble around the world, most in particular is the PMC unit Desperado Enterprises who has recruited some of the nastiest and very Metal Gear-esque characters you can find. After the assassination of a highly regarded leader in Africa, Raiden and his team uncover various twisted plots as they scour the world to set right what has gone wrong. Don’t grow too attached to the story, though, as this is a short game. Finishing the main campaign can take less than five hours, but thankfully the newly added stories nearly double that. Normally this would be a negative aspect to any game, but Platinum uses each minute they have to their advantage as there’s never a dull moment and some of the story beats are unforgettable. 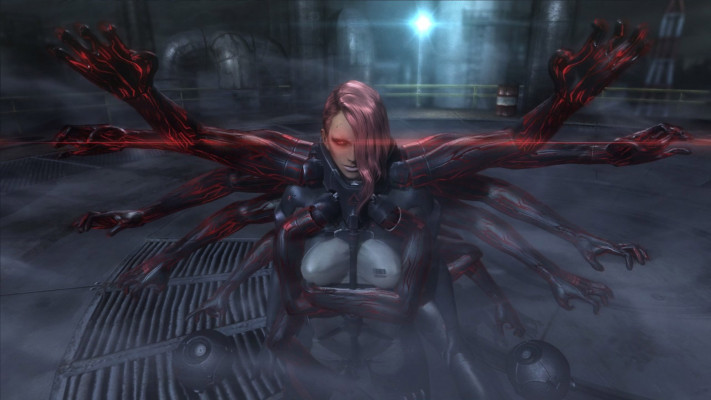 The gameplay is a little different from most character action titles on the market, mainly for its emphasis on dismemberment, and it somewhat makes sense. If you’re slashing away at enemies, realistically you’d expect them to be nothing but slabs of meat after a couple of swings. The console versions were limited to a specific degree of mincemeat, but the PC port steps it up by offering the ability to generate hundreds of different pieces per enemy, ultimately making any human or cyborg unrecognizable. It will slow down the frame rate drastically with a lesser machine, but it’s worth the grotesquely memorable scenes.

In traditional Platinum Games fashion, Metal Gear Rising focuses a little more on skill-based combat rather than button mashing as countering and parrying are aspects that need to be mastered early on, otherwise death will swiftly follow. Unfortunately, I do wish this was a little more refined as parrying feels far too easy when hammering forward and light attack is all you need to perform it. A brief window of vulnerability may have evened it out and made gameplay both challenging and rewarding. The camera is also a fickle subject as it can becomes more a nuisance than anything else. It will swing automatically depending on what’s happening onscreen, so it will cause some confusion in the heat of battle, especially during bosses.

Whether it’s Devil May Cry or Castlevania, there’s always a worry the controls won’t be properly adapted to the PC standard. Thankfully, Konami has done a solid job in transitioning the blade techniques of Raiden onto the keyboard and mouse control scheme. That’s not to say it’s perfect as movement in general feels a bit cumbersome when using the keyboard, but the Blade Mode actually feel more accurate with the mouse. Thankfully, if you’re someone who only enjoys playing these types of games with a controller, Metal Gear Rising fully supports gamepads and the UI will adapt accordingly on the fly. 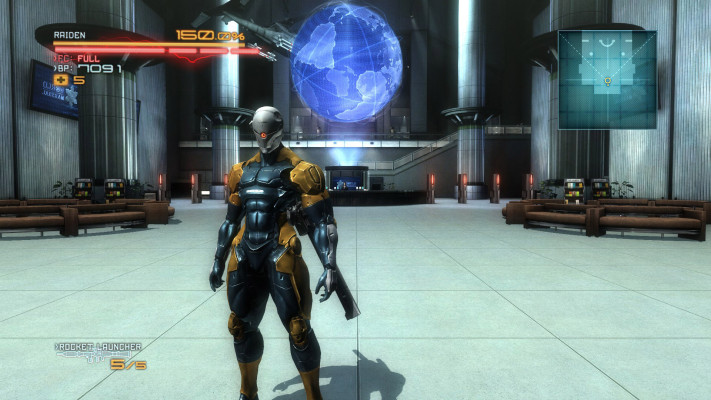 The PC port also comes with the recently made free Jetstream and Blade Wolf downloadable story add-ons. This is an interesting take on how to establish surprisingly memorable side characters and rivals as it puts you in their shoes before the events of Rising, battling through their own adversaries such as escaping the clasp of slavery that is artificial intelligence. A significant drawback is that these extra story bits reuse the same environments from the main campaign, just replacing enemy placement and adding its own cinematic triggers. This is the same with the boss fights with slight modifications. The Blade Wolf campaign is a little more varied and creative, but it still falls under the same complaints. Regardless, it doesn’t diminish any of the enjoyment as it’s a refreshing break away from Raiden, but just don’t expect these to be fleshed out or diverse enough to have much of an identity.

Unfortunately for PC fanatics, the game only supports six different resolutions upwards of 1920×1080, leaving those with unique monitors or more expensive ones a little disappointed. It’s something that could be fixed in future updates, but as it stands, if you have an off resolution, playing in windowed mode might be the best solution. With that said, there are a fair amount of graphical options in the port as you can modify the anisotropic texture filtering upwards of 16x, add anti-aliasing, and three different quality levels for shadows, Zangeki (number of slices) and Zantime (time before disappearing). Even with some areas that need work, the port is easily the definitive version if you’re looking for visual fidelity. Running at a silky smooth 60 FPS and native 1080p, this is the sharpest version you can get. 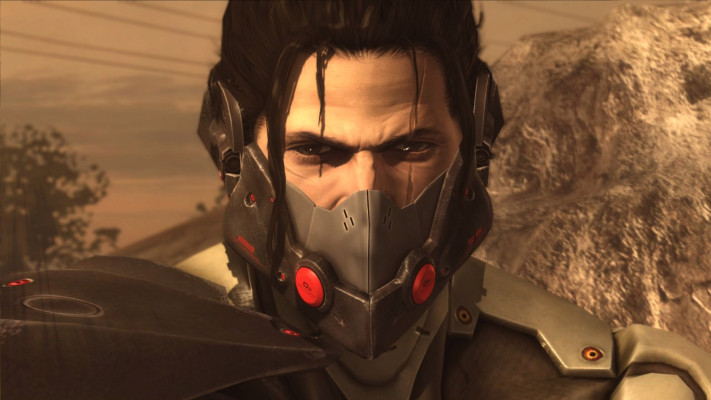 The PC port of Metal Gear Rising: Revengeance has its share of issues, but it still gets the nod over its console counterparts. While there are only six different resolutions, it does support native 1080p along with various graphical options that should have fans joyful just how sharp Raiden can look. If you for some reason missed out on the game last year, this is the perfect opportunity to fix that as it will have you rocking out over its fantastic soundtrack and genuinely entertained by the gruesome dismemberment mechanics.