Earlier this week, independent developer Jason Rohrer published a blog detailing the pricing structure of his in-the-works game, The Castle Doctrine. Rohrer aims to release the alpha version of the game for $8, a 50 percent discount from the game’s regular price of $16. Between the time the game launches on Steam later this month and the end of its launch week, the game will cost $12, a 25 percent discount from the final price. While this is a rather unusual pricing structure (though it was inspired by the business operations of Minecraft creator Markus “Notch” Persson), the big kicker was Rohrer’s opinion on the recurrent use of sales in digital stores like Steam. Rohrer claimed that “sales screw your fans”, punishing early adopters and allowing the mentality of “waiting for a discount” to continue. It’s clear that Rohrer is making a strong effort to improve the pricing structure of digitally distributed games, but his vilifying of game sales is simply sidestepping an inevitability that has bettered the fans and prolonged the lifespan of many game franchises well into the future.

Rohrer’s pricing structure, by the by, makes a lot of sense. In his blog, he explains that those who are willing to demonstrate their interest and support for a project so early do deserve to have some kind of perk. That’s perfectly agreeable: they do deserve a perk, like a pre-order bonus (but actually getting a monetary discount instead of some golden rifle skin). These consumers will also be likely to report the more prominent and glaring errors in the game, offering plenty of info relating to how to improve the work-in-progress. The idea of providing such a huge discount to early adopters has been used in things like Nintendo’s digital release of The Legend of Zelda: Wind Waker HD and even in Kickstarter campaigns. The common idea is that you’re convincing consumers to step up and lay down their money, only instead of just having the bragging rights of first dibs, they can actually save some real cash on their purchase. 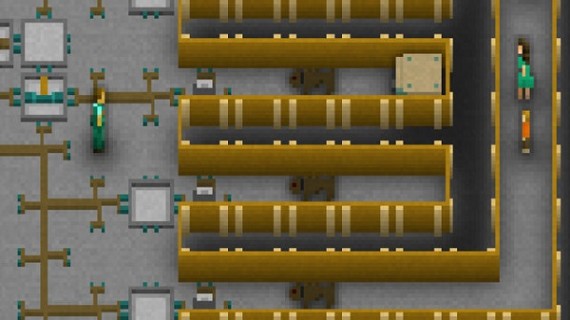 Rohrer’s views on Steam sales also make a degree of logical sense too. Steam sales are a fine way to get people flocking to Steam, but many of the games aren’t necessarily being bought because the user really wants to play them. Instead, gamers buy them because of market convenience. Like any great time-sensitive sale, gamers will buy things that they don’t necessarily need, simply because the price is right and that the opportunity won’t be around much longer. It’s tempting. I should know: I’m guilty of that same offense. Of the 100+ Steam games I purchased in 2013, I have actually played 21 of them. Now, I’m not saying that a large backlog is a bad thing (a small or empty backlog is easily worse), but there are people who have just as many Steam games as me (maybe more), but have played an equal or even less of a percentage I have. But Rohrer also makes the argument that all of the money spent during Steam sales on games that probably won’t be played could have gone to a single new game, a game that a user would likely be playing within hours of buying it. In that light, Rohrer’s claim isn’t so farfetched. 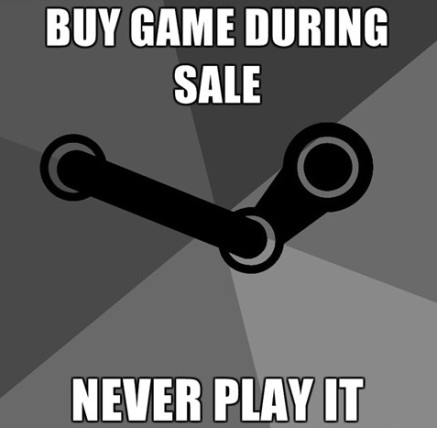 But Rohrer is only looking at the economic side of the equation. One big error that he is ignoring is the power of both professional and cultural publicity. Sales do provide publicity. If a game has a significant discount, even if its reception was less than ideal, its chance of being purchased is significantly higher. Despite our best intentions, sales are an easy way to get publicity for your game. When you see “90% off” on any game, your eyes will go right to it, even if the game isn’t that great. And for consumers, a lower price is generally going to be easier to handle if the game isn’t that good. A consumer won’t feel like they paid too much for the game and they’ll be able to justify the game’s faults much more easily. With a more positive outlook on the game, they’re more likely to tell their friends and colleagues about it. The game’s quality is much easier to manage if it’s priced accordingly.

But what about the fans? What about the people who shelled out top dollar for a game (or system) early on, only to see it drop in price a year later? Well, early adopters are getting a benefit, albeit a less tangible one: early adopter status. Remember when you were a kid and a brand new video game would be released? You and your friends would talk about it up to launch, and when your friends couldn’t make the money to buy it and you could, you felt superior. You felt like you had this higher-level status. That’s what you’re getting: the luxury of being “a part of the future.” This could be seen in the PS4/Xbox One launches. The systems launched at high price tags, didn’t have all of their features ready at launch, and had rather underwhelming launch games, but people still bought them, even though so many people were saying that nothing good would appear on them until 2014. It’s that appealing sense of being ahead of the curve.

Earlier this year, I wrote an article about Playstation Plus’ Instant Game Collection, highlighting the idea that you can either spend money on a game now or wait until a possible PS+ IGC release in the future (oddly enough, Brothers: A Tale of Two Sons was announced for PS3 Instant Game Collection mere minutes before it would be discounted in the Steam Winter Sale). With Rohrer’s views, though, this idea of taking a risk with early adoption and spending more money for earlier access is more prevalent than ever. However, Rohrer’s vilification of the “wait and see” mentality is rather moot: that mentality isn’t anything new or anything really dangerous. It’s simply consumers trying to be careful with their hard-earned cash, trying to let a game’s asking price coordinate better with their personal value toward it. It’s a decision that’s up to the buyer.

And while Rohrer does intend to provide lower prices early on, this doesn’t solidify pricing plans for the long-term. Rohrer claims that his business model provides “total openness about future pricing plans,” and while that covers a significant amount of time post-launch, it doesn’t highlight the latest moments, where the game is still in the public eye years after release. The common idea behind long-term sales is that charging a potential buyer the launch price of a game years after its initial release is ridiculous. Unless the game is a rare physical version, $60 for a game released in 2007 is unacceptable. Sales aren’t simply ways to catch gamers’ eyes; they’re ways to continuously give market presence to a game, even years after its launch. They add reasonability to the purchase further down the line. 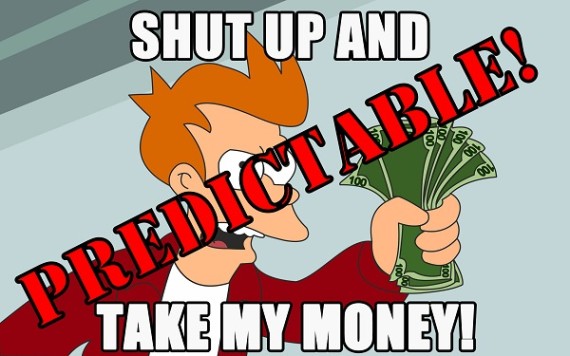 Rohrer’s pricing model, in theory, works very well. There’s a legitimate reward to gamers who buy it early on: they are paying less, providing feedback to potential tech issues, and gaining the status of early adoption. It’s a nice model, but doesn’t evade the shifting sands of digital game distribution. At some point, The Castle Doctrine will need to be discounted. Sales are a very easy way to stay relevant, one that’s fruitful, but doesn’t require a significant amount of time and resources to release. Rohrer’s efforts to reward fans of his work is considerate, that can’t be denied, but discounting a game as the years go by is an inevitability, one that isn’t as detrimental to the gaming community as he claims.

It doesn’t matter whether or not sales “screw your fans” like Rohrer claims. Sales are prolific. Sales are profitable. Sales are an important way to keep your game alive in today’s gaming market.