Since its debut on the Sega Saturn in 1996, NiGHTS Into Dreams… has lived a relatively quiet life. Developed by Sonic Team, more famous for their games featuring a speedy blue hedgehog, the game seemed destined for a long, sequel-filled future, but ultimately suffered from the Saturn’s dismal sales. The titular hero of NiGHTS wasn’t forgotten, however, making cameos in several other Sonic Team games since then, keeping the character relevant in gamers’ minds. NiGHTS Into Dreams… even saw a sequel on Wii in 2007, but rushed development and generally flawed execution made it one fans were decidedly disappointed with. The original Saturn game was given an HD re-release in 2012 on PSN and Xbox Live Arcade, which at least let fans experience the series’ glory days in a definitive version. But with Sonic’s legs getting tired and a new generation of players to appeal to, not to mention NiGHTS’ recent featured appearances in Sonic Lost World and Sonic & All-Stars Racing Transformed, now is the time to revive one of gaming’s most original and joyful characters. 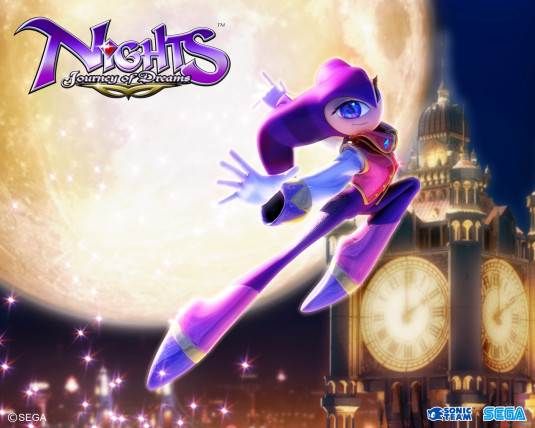 It’s mind boggling how such a unique and enjoyable franchise has fallen into obscurity. Flying around as NiGHTS is one of the most blissful experiences in gaming, and a new installment bringing the visuals into the modern era and with refined gameplay would make it a very attractive package. That means sticking to flying, and ditching the pointless and frustrating platforming completely. The acrobatic and elegant flying stages are NiGHTS’ most recognized element because they are the best, and as such they should be the only kind offered. Of course there can be variety on the layout and level design, but the franchise has really got to stick to its guns. Just as Sonic Team took Sonic back to basics with Sonic Rush, the same should be done with NiGHTS: a refined, polished creation showcasing the brilliance of design and joyous gameplay the franchise has shown the potential for all along. Of course, this is easier said than done, and would require a few changes.

Many people’s biggest gripe with the original NiGHTS Into Dreams… was that it was just too short. With only seven levels, it was a brief yet undeniably brilliant experience. This problem was somewhat addressed in the Wii sequel NiGHTS: Journey of Dreams, but stuffing the game with unnecessary platforming levels left many fans frustrated. Of course, part of the charm of NiGHTS is its arcade-style level design and score grading, which does lend a substantial amount of replay value, but increasing the level count significantly, and advertising it as such, would be an excellent way to both appease fans and to provide value to consumers. And with more levels, Sonic Team would have more opportunities to flex their creative muscles with gorgeous and inventive level design.

With more levels, a deeper story would be a natural addition. It’s an aspect both previous games in the franchise have fallen short on, and it would have to be addressed properly to get the most out of the concept. NiGHTS has an absolutely fantastic idea at its core; how many other games feature a flying purple jester who saves children from their nightmares by whizzing around their dreams?  Both games in the series have included half-baked attempts at compelling plots, centering around children who are facing problems in their lives that translate to their dreams, but never really making us feel for them. I do appreciate Sonic Team’s reluctance to let the plot become too central and disrupt the flow of the game, but a well-written story would help the game feel more immersive and each level more relevant. However, they must also find the right balance; too much time between levels will bore players, but too little explanation will leave them scratching their heads. With a memorable enough effort, and proper marketing, Sega could garner enough attention to the franchise to make it one of their most successful yet, like it should have been all along. 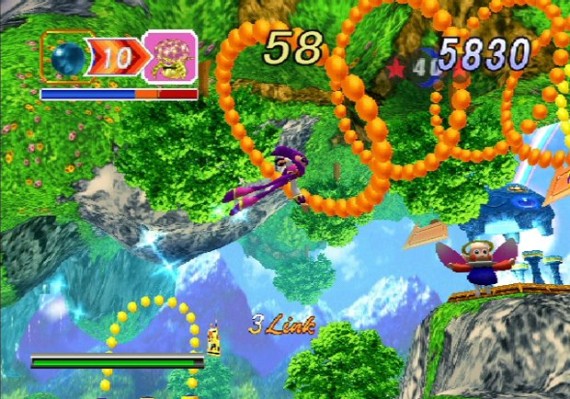 NiGHTS is a cult classic, which means a sequel doesn’t guarantee healthy sales. However, if the game was properly positioned, both on the consoles it’s released on and in the markets it appeals to, it has the potential to be an enormous hit. NiGHTS captures a sense of childlike wonder that just isn’t seen enough in games, and has been under-appreciated for far too long. In an age of passionately and diligently developed sequels, there is hope for NiGHTS. When we see it, or if we ever do, is anyone’s guess.