XboxIE allows some HTML5 -based games to be played on the Xbox One’s IE browser with native controller support, which is an excellent way to pass some time on the Xbox One between larger gameplay sessions. By typing xboxie.com into the address bar, you’ll bring up the main page. It lists games like Pac-Man, Bejeweled, Pong, and Super Breakout. What’s great is that while those work and are fun on their own, there are some hidden great things about this whole deal. The Atari site used for Pong and Breakout, for example, also contains a version of Centipede that you can play as well as several other games that aren’t listed on the main XboxIE page. Pac-Man also contains dozens upon dozens of levels you can play that were created by fans. This means that it’s got potentially unlimited replay value, and for a total cost of nothing, it’s definitely something you’ll want to check out.

Any younger person with a parent who wants to be convinced of just why you spent $500 on the system could easily be swayed by just checking that out for a long time. Selecting a puzzle is easy and the d-pad controls Pac-Man around with ease. You’ll go exactly where you want to go each time, and this was the first time that the d-pad really impressed me for an old-school game since there simply aren’t any other ones on the system that I’ve played. I gave that a whirl for a few puzzles before moving onto Bejeweled. Swapping between games takes a bit longer than I’d like since you have to bring up the URL area again to get back to the main page, but it’s a small price to pay for some free gaming. 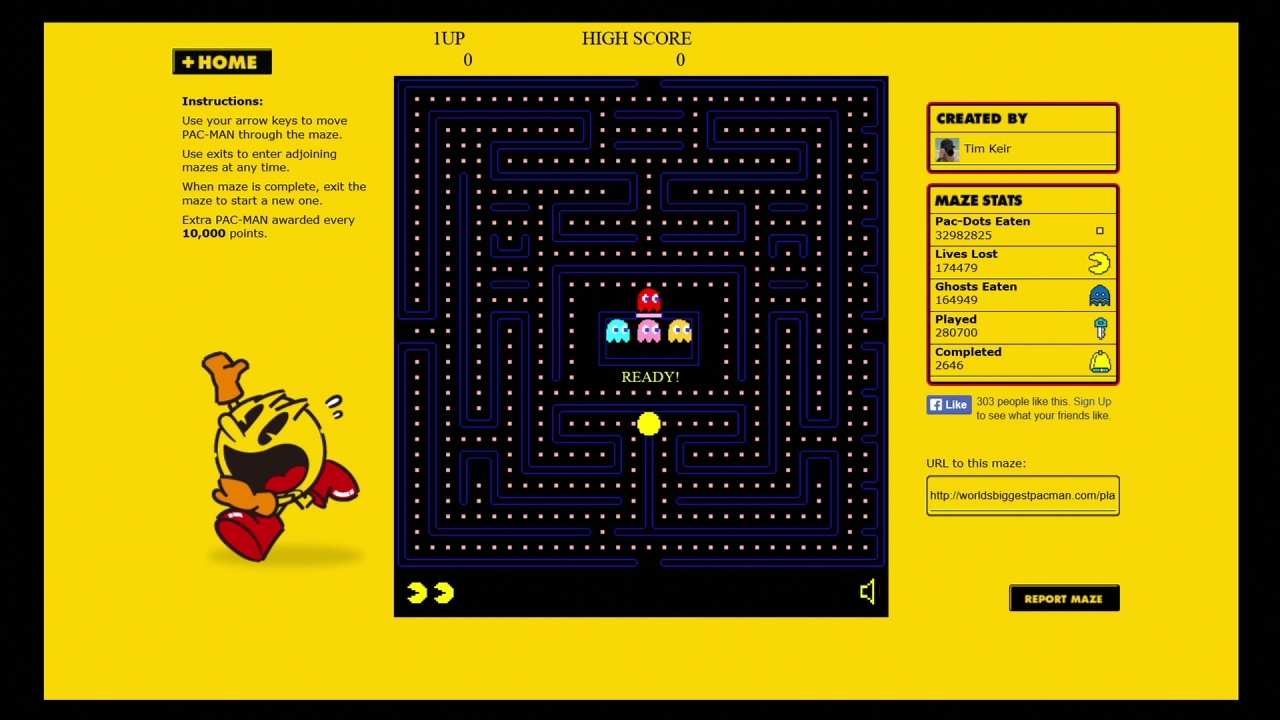 Bejeweled played really well using the left analog stick to move and select, and the A button to choose your piece. The music came through just fine and it played exactly as you’d expect the game to play on a console — just with borders around it since it’s not optimized for an HD display. It’s a minor quibble, but it’s Bejeweled – a proper 16:9 aspect ratio isn’t really needed for it. Next, it was time for some Atari classics. As a child of the ’80s who grew up with a 2600, seeing these revamped gems brought back memories and were still fun to play today. First up was Super Breakout and its three modes of play. I opted to go with progressive mode, which takes the usual block-breaking mechanic and puts an endless spin on it. The visuals are simple, but easy to look at and the d-pad moves your paddle around easily. The music is excellent and actually had me wishing an OST was available because it’s so rocking.

The final game I tried out was Sketch Out. This spherical version of Breakout reminded me a bit of a hockey game. You’re guarding a half-circle playing field and moving your paddle around it while a much larger half-circle throws tons of balls at you. The key is to only move when you’re certain the ball won’t fly outside of your area because then you’re fine. Not every shot can be blocked, which takes some pressure off of the player. It also means that you’ll need to pay close attention when one does fly into your area since there’s very little time to react. This is a tougher game than Super Breakout, but a fun distraction if you find that game to be too easy.

XboxIE is a very pleasant surprise for the Xbox One. Sadly, the browser doesn’t support Flash, so you aren’t able to also play the similarly-themed NESBox and Game-Oldies, but perhaps the folks behind those pages will make them in HTML5 at some point. HTML5Games works to some degree, but we were only able to get Social Mahjong to work properly after trying a handful of them. Still, if you’re into mahjong, that’s certainly a way to play it — although it is a bit difficult to judge the depth of the pieces. If you’re a PS4 owner and feel a bit left out, you shouldn’t – XboxIE also works with that system as well! Sites like this seem to be a legal grey area because there’s nothing indicating that all of the companies behind them are a part of this site, but as long as they don’t do anything about it, folks might as well have some fun with them and get some use out of their systems when new games can be few and far between.

Thanks to NeoGAF for bringing this to our attention!