Throughout this feature article series we’ve been bringing up games that are notorious. For this edition of Never Forget, however, we are going to try something a little different and bring up a forgotten obscurity that really had its heart in the right place, and is an unorthodox idea that needs to be revisited again. Now this particular title was released in Japan, a land where there is one outlandish and bizarre video game too many. Unlike those games, however, this particular title deserves a spot in Never Forget for all the right reasons. The game in question is Wind of Regret, otherwise known in its native territory as Kaze no Regret.

Not long ago we talked about Dragon’s Lair, a game that no doubt tried things that no one dared to at the time and it deserves its spot in history for its vision and ambition. That said, anyone who plays the game today will tell you that the execution of this novel concept leaves a lot to be desired. Dragon’s Lair may have gotten lofty praise during the time of its release but over years the novelty of controlling a cartoon wore off and people realized just how un-enjoyable it was a video game.

Bringing up Dragon’s Lair was important because during the Nineties there was a visionary developer who also wanted to go above and beyond the established gaming spectrum and try things that were unlike traditional gameplay. We have people like David Cage today who will tell you that games need not be fun, but unlike those somewhat pretentious individuals, the man behind Wind of Regret wanted to make a profound difference with this one of a kind console title. 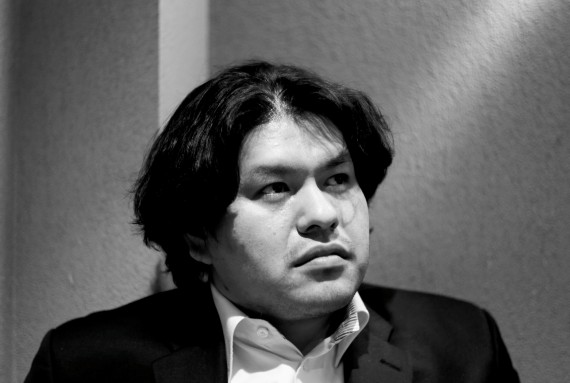 Kenji Eno (1970 – 2013) was one of the game developers who really defined the Nineties with ideas that many were too afraid to even contemplate back then. Many gamers from that time will be familiar with the game D on the PlayStation and Sega Saturn, a first person horror adventure game that was essentially 3D full motion video (FMV) that players could fully control (unlike the other QTE variants). The graphics were no doubt groundbreaking for their time, and they did well in creating a very absorbing and atmospheric adventure.

The idea of being able to control FMV was a pretty amazing feat because the use of it in video game cutscenes had only just begun during that era. Eno took it miles further by building an entire game around it and letting players take control. This idea would later be expanded upon in Enemy Zero on the Saturn.

Much like Dragon’s Lair, playing these games today leaves a lot to be desired. They’re just not very fun to play as video games and obviously after so many years the once groundbreaking FMV visuals now look pretty terrible. Still, it doesn’t take away from what these games accomplished and the mark they left in the industry. If you look around today, you’ll find that the spirit and vision of these titles live on in acclaimed modern day classics like Heavy Rain, Dear Esther, and more recently Gone Home. Kenji Eno left us last year at very young age, but his contributions to what was arguably the most drastic transitional period in gaming is something that no one will soon forget.

Wind of Regret is one that never left Japan, and so it’s certainly less known than D. Unlike D and Enemy Zero, Wind of Regret is an adventure game that does not attempt to pump out groundbreaking visuals and cinematic presentation, in fact it does not have any visuals at all. Its full title was Real Sound: Wind of Regret, and just as the name suggests this is purely an audio game.

There are audio based video games around and they involve virtually no use of visual elements. Games designed for an audience that otherwise would not be able to enjoy the pleasure of gaming. There are many such games/software designed for the blind, but very few ever get released as a mainstream title let alone on a console. In a land where visual novel adventure games are in sheer excess, Eno created a novel adventure game for the blind as a proper Saturn retail title.

A blank black screen is all you’re going to get in terms of graphics, but other than that Wind of Regret plays like most of the contemporary visual variants in the genre. A purely story driven adventure where your choices determine the direction of the tale and the eventual outcome. This slice of life drama took place in a (then) modern day Japanese setting. Nothing too intense but certainly one with a lot of meaning and maturity.

It was never destined to be a commercial success nor was it ever intended to. The game set out to give the blind and visually impaired the opportunity to experience the enjoyment of gaming on a console and it succeeded. With so many indie developers today trying to change the world with their so called art, Wind of Regret trumps all these self-indulgent and pretentious acts of self-entitled righteousness.

Unless you are fluent in Japanese, there is hardly anything you can get out of Wind of Regret (although you can still enjoy the game’s beautifully composed score). Still, it’s one of the cheapest imports going around (averaging at $5 or so these days) and what you get is a beautifully packaged four disc epic. Each copy even came with a pack of plant seeds (a typical Japanese pot plant) upon release and the instruction manual written is in braille. Certainly a worthwhile addition if you’re a collector.

There are audio games around today that cater primarily to the blind, but a full fledged retail release for consoles is something that has only happened in Japanese stores and that too was a long time ago. Imagine if such adventure games started popping up again and not just in Japan. After all the experience would be like an interactive audio book.

Never forget Wind of Regret. Hopefully some day this rare benefaction in gaming will get taken to new heights.