It has been nearly a year since the reboot of the beloved Tomb Raider franchise was released, and somehow Lara continues to find her way into the spotlight. Whether it’s revamping the character or releasing her on a new set of consoles, the strong willed and highly determined heroine isn’t going anywhere anytime soon. Being as acclaimed as it was in 2013, Square Enix has decided to bring Tomb Raider into the new year with enhanced and optimized visual effects. It’s surprising fewer developers are capitalizing on the next generation excitement, especially during such a drought, but can re-releasing an older game still make a significant impact?

The plot is simple enough: Lara is on her first true adventure with her friends Sam, Roth, TV personality James Whitman, and the crew of the Endurance. Searching for the lost island of Yamatai in the Dragon’s Triangle, they end up they end up shipwrecked where only crazed cultists reside. Here, Lara has to find a way to escape the island with her friends while dealing with some supernatural elements and an alarming number of armed madmen. The story itself isn’t all that deep and you won’t be attached to anyone outside of our heroine, but it does help establish Lara as an inexperienced and vulnerable young woman who eventually evolves into a mentally sound survivalist. It’s mainly the set pieces Crystal Dynamics has constructed that will keep players excited to see what happens next as there’s a lot of destruction and tense moments scattered throughout the ten to fifteen hour campaign. 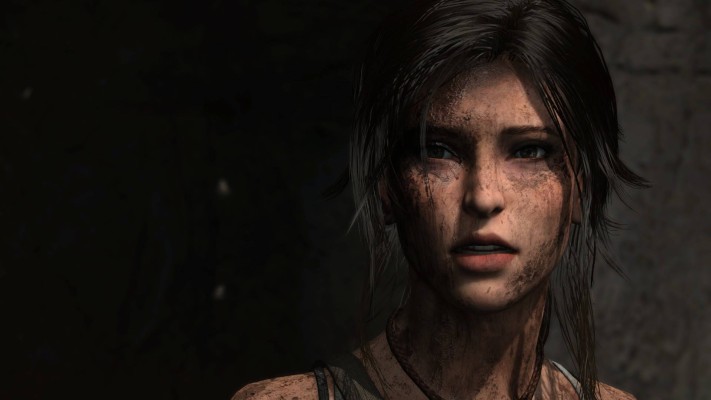 The long running series was desperately in need of an overhaul as the past two generations have seen a great number of disappointing releases. The reboot changes the formula immensely as combat is more in line with Uncharted, whereas the world is vastly superior, allowing for far more adventure. Campfires serve as fast travel points, allowing players to revisit past areas and find various documents, secrets and artifacts scattered throughout the ancient island to help expand the story. This also plays into the leveling system and weapon upgrades as the more experience obtained, the more capable she becomes when dealing with her enemies. Weapons will also have various evolving states, changing from standard weaponry into a deadly and advanced arsenal by collecting salvage.

The combat itself, as previously mentioned, is much closer to Uncharted. In past games there was a distinct focus on run and gun mechanics, but now that Lara is breaking into her new personality, a cover based shooter has been born. What makes this special is the bow mechanics as sinking an arrow into the skull or gut of an enemy has never felt so good. Not everyone has guns, though, and this leads to the dodge ability which has Lara ducking out of the way of machete-wielding opponents and countering with a swift arrow to the knee. There’s also various wildlife found on Yamatai, allowing for hunting deer, boar, chickens and other animals to open up. Disappointingly, while hunting does play a single important story-related role at the beginning of the game, it eventually becomes a throwaway introductory feature. Outside of the intense gunfights, traversal also plays a significant factor in specific sections of the campaign, and feels relatively intuitive jumping off ledges. Various optional platform-based puzzles are scattered throughout the land, and while past games have had intelligent setups, that unfortunately isn’t the case here. Most of the puzzles end up being straightforward and unimaginative tasks that you’ll forget about almost instantly. 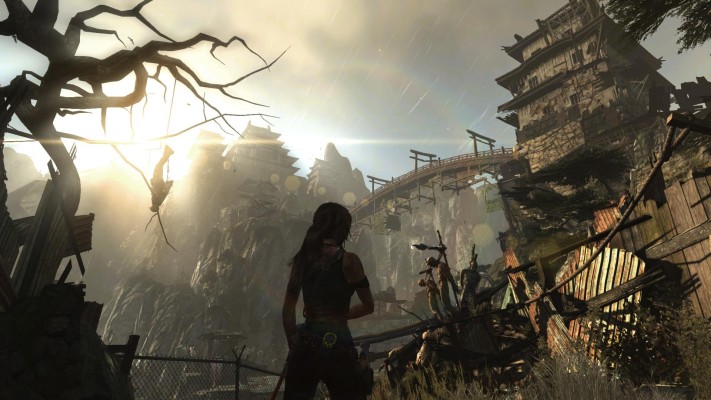 If you’re familiar with the vanilla version of the game, know that the Definitive Edition doesn’t completely overhaul the visual structure. Characters are the most significantly redesigned aspects, as effects such as subsurface scattering have given Lara and the rest of the cast a more realistic look. Previously, skin complexity looked as if it was made from plaster, but now there’s a fleshy shine. Unfortunately, Lara’s retopologized face seems to express much less emotion, making some scenes not as dramatic as they once were. The use of hair has been greatly overhauled with characters such as Mathias and Roth actually having strains coming from their heads. Others such as Sam and Reyes are still a little more static, but no longer will you have to look at an oddly modeled head with a texture substituting for hair. This also plays into the few pre-rendered cinematics where Lara’s TressFX head of hair actually makes the transition, whereas the PC version was stuck with the old last-generation rug.

Outside of the characters, the color palate to the world is a lot livelier thanks to the modified textures, along with stronger added effects such as blowing snow. In comparison to the PC version, the new graphical changes are a mixed bag mainly because some of the content has been sacrificed. For example, various pieces of foliage have been removed from the world and there’s a lack of tessellation in some areas. On the other hand, texture work on clothing has been revised, additional environmental structures have been added, and there’s stronger lighting effects later in the game. So there’s a bit of a tradeoff, making it debatable whether this is an improvement or a slight downgrade. It’s also worth noting, at least on the PlayStation 4 version, that the frame rate is surprisingly smooth. It’s not necessarily constant and does dip from time to time, but it never becomes a problem and is actually very impressive considering how taxing TressFX can be. 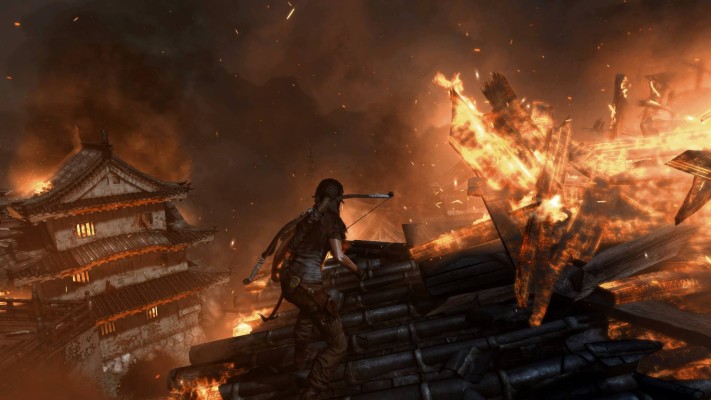 Tomb Raider remains one of the better action games to have been released in the last twelve months, and it gives the next generation consoles some life in a rather dry time. This is without doubt the definitive console edition of Tomb Raider, but the completeness and subtle visual enhancements are not enough to warrant another playthrough. If you somehow missed the many opportunities to tryout Lara’s rebooted fiction, then the Definitive Edition offers a remedy for that.