Tomorrow marks the debut of the first DLC map pack for Call of Duty: Ghosts. Dubbed Onslaught, its centerpiece is four new multiplayer maps — Fog, BayView, Containment and Ignition. It seems that the names for the next set of DLC maps has already been leaked, however, as shown from an Xbox One screenshot of the game: 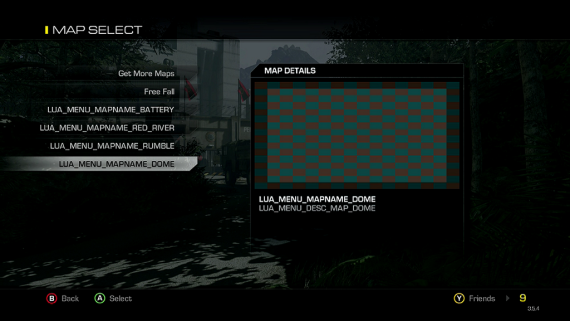 The screenshot clearly shows the maps “Battery, Red River, Rumble and Dome.” It’s unclear if these are completed yet and they don’t seem to be in a playable stage. It is, however, very interesting to already know the names of the next DLC map packs if this indeed turns out to be true.