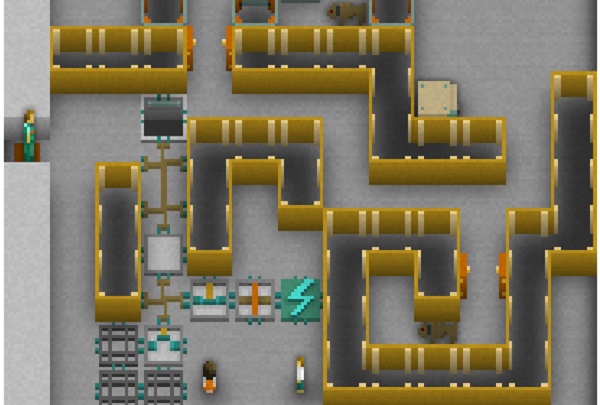 Let me assure you: writing a review about Jason Rohrer’s newest game, The Castle Doctrine, is hard to do, simply for the fact that it’s hard to articulate what exactly The Castle Doctrine is. It has mechanical puzzle elements, strategy themes, micromanagement components, constant competition, and asynchronous MMO elements. Very few games focus on creating a massive security system for your home to protect your valuables, while also trying to bypass your neighbors’ security system. What game does that? What game encourages that sense of taking advantage of competitors’ weakness, tricking challengers, all for your own personal gain? While writing this review, it came to me. I figured out what The Castle Doctrine was.

The Castle Doctrine is an evil genius simulator.

If you’ve ever wanted to design a devious trap for your enemies, all while calculating their every move to stay one step ahead of them, while also taking advantage of their missteps, The Castle Doctrine does it. While Jason Rohrer’s latest possesses overly complex mechanics that frequently intrude upon the uniqueness that orbits it, the game’s innovative approach to MMO gameplay is something truly special in the constantly growing world of indie gaming.

The Castle Doctrine, at its core, is a massively multiplayer game, but not in the traditional sense. You play as your average family man with his wife and two kids. The problem is that your neighborhood is jam-packed with burglars who are out to steal your money from your vault. Your goal is to create an elaborate security trap to keep burglars from stealing your loot, while also making the security passable so your family can get in and out of the house. The twist? The burglars are actually other players, who are also trying to keep their own houses safe from intrusion by greedy thieves…like you. You must protect your family from thugs, using the earned bounty from failed intruders to buy more security devices for your home and weapons for your burglary, while going after your neighbors’ loot yourself. Oh, and if you die once, you lose it all and are starting from scratch.

The Castle Doctrine’s gameplay is very unique for a massively multiplayer game. Instead of defeating enemies to gain experience, you’re playing the architect. Fresh players are given $2000 to spend on components for their in-home security system. The security system is composed of a number of fixtures, like electrical wires to power switches, trap doors to catch intruders, or even an angry pit bull. The designing of your defense brings up vibes from classic PC puzzle games like The Incredible Machine. Assigning where and how each device will operate is a big part of The Castle Doctrine. For example, certain traps and objects require power to function, so you need to place wires and power generators accordingly. Also, live animals like pit bulls and cats move in a turn-based formation instead of real-time, so where you move also determines where they move. As you might expect, the game is filled with customizability and encourages strategizing to be one step ahead of your opponents, challenging them with puzzles that you yourself create.

However, the intricacy of The Castle Doctrine’s building mechanics is the biggest issue with the game itself. Making a viable and functioning security system is no easy feat, requiring a ton of planning and proper assembly for success. Expect to fail a lot before you construct a security system that works the way you intended. Even the simple task of understanding what each mechanism does in its respective context is a struggle. While it certainly isn’t impossible, the game’s learning curve is practically a brick wall. This is exacerbated further with the fact that you’re competing with other players, who can infiltrate your house, and with proper skill and income, can bypass your security instantly. While you can watch security tapes of your home to see how players have either succeeded or failed in bypassing your security, the game is not a jump-right-in kind of experience. The Castle Doctrine doesn’t hit its stride until quite a few hours into playing it (once you understand how the mechanisms work and you’re able to plan ahead correctly), but that dependence on “training” yourself to get how the game works is sure to turn off players, especially when your opponents are taking advantage of your starting out by breaking in and stealing your loot.

The same idea of strategy is implemented into the looting portion of the game as well. When you enter another player’s house, you can’t see everything all at once, so there is a cautionary vibe. You could progress down a narrow hallway, only to step on an electrified grid or get mauled by a pit bull. Fortunately, you can use your in-game money to buy weapons and items to make the looting easier. You can buy a gun to shoot defenders or purchase wire cutters to disable power to certain house units. During the looting, the game plays out like a roguish dungeon crawler, where you never know what’s behind the corner. If you can reach the vault without dying, you can claim the house owner’s money, which is added to your running income. The permadeath element also adds a ton of tension to the late game, where a single misstep could mean the loss of thousands of dollars for your family. For a competitive game, The Castle Doctrine really makes a statement. Though the game never demonstrates any direct confrontation between players, there’s still a nice sense of competition going on, simply to outdo your neighbor while also protecting your own bastion. It’s a very “mastermind-ish” kind of experience.

The Castle Doctrine possesses a humble aesthetic with pixelated characters and a simple overhead view. Each player, item and object holds a space on the grid, making it very easy to organize your security system. There’s plenty of ingenuity in designing your defense, but some objects are hard to distinguish from others, making designing all the more difficult. Some more visual distinction would’ve made the interface a bit less intimidating. Lighting effects work great with the gameplay when you’re robbing another home, highlighting what could be a potential path to victory or a death trap in waiting. The simple design is complemented by scarce, but atmospheric music that constantly emits the essence of stealthy thievery. 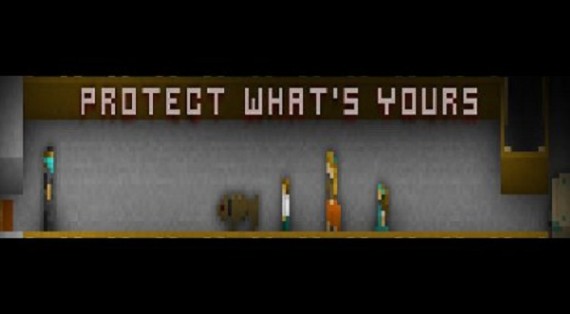 The Castle Doctrine has innovation oozing out of every pore. By combining well-developed puzzle design with massively multiplayer strategy, the game is simply unlike anything else on the market right now. But getting to that wonderful innovation takes time, effort and a bit of luck, so much so that it stands more as tantalizing potential than full-on enjoyment. Organizing your security system is difficult and lacks intuitiveness; the cryptic designs and lack of proper guidance divides the game’s pace far too much, and when you’re at the mercy of tacticians on the leaderboards, it feels much more challenging than it should. You’ll want to stop playing. A lot. But once you have a security system in place and you trap your first intruder, The Castle Doctrine’s best parts show, parts that scream originality. It’s not easy by any means, nor is it particularly intuitive, forgiving, or even enjoyable at times, but The Castle Doctrine makes the agony of defeat and the frustration of over-complexity meaningful, and in some ways, much more fun than what you’d expect it to be.