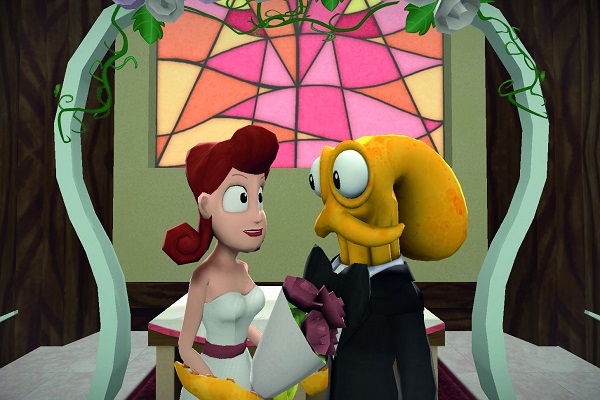 There was something scary about Octodad. A lingering doom, slowly weighing on my conscience as I knocked around the church on the day of my wedding. I was searching for my disguise — a tuxedo — and some collectible ties for some reason. I wasn’t worried about being late, though. What can really be expected of someone as clumsy as me? In five minutes I managed to smash every box on the gift table, shatter the stained glass in the hallway and break-dance with a hat rack. Being late was the least of my concerns.

On the other hand, my obvious lack of bones was a ’40s slapstick routine just waiting to happen, and the simple task of opening a door became a tug-of-war with the controls. I finally made it through after an embarrassingly long affair involving a suction cup and a top hat, only to find that my best man was nowhere to be found. The floor, in a typical Cooper family wedding tradition, was covered in banana peels and various fragile vases lined the isle. Everything was perfect. Well, besides one little detail I just couldn’t seem to purge from my mind. I’m an octopus. Why hasn’t anyone acknowledged this? I’m a f****** octopus!

My human shaped wife to-be didn’t seem to notice as my tentacles shuffled through a box of rubbish in search of her ring, either. Was she blinded by the size of the ring? I mean, it fit her like an oversized bracelet. Maybe she was too gold-stricken to notice that it was handed to her by a slimy, flexible organ? She just stood there, though; allowing me to live my lie, ready to spend her life with me. “I’m an octopus,” I thought to myself again, as I regrettably envisioned our copulation. Oh well. 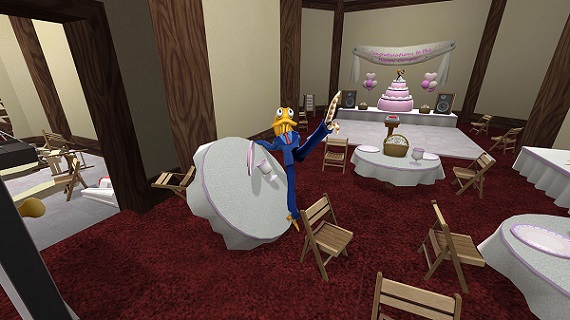 Octodad: Dadliest Catch is the strangest slice of gaming pie since Mister Mosquito. You’re a family man — I mean, mollusk — with a loving wife, and two semi-beautiful children. Although that in itself is a medical mystery best left to the Japanese and their research of tentacle erotica. You see, despite your nervous burbles, destructive tottering through the assorted environments, and whatever eventual assault you accidentally launch on some innocent bystanders, you mustn’t break character. After all, that’s the fundamental goal in Octodad; remain undetected while you perform your fatherly duties. Thankfully, the inhabitants of the town you live in are a chromosome away from wearing floaties in the shower, which makes being stealthy about as necessary as stilettos on ice.

The minute-to-minute duties aren’t as easy, however. In theory, they’re the simplest tasks imaginable. Things like shopping for frozen pizza, mowing the lawn, flipping some burgers, exploring an aquarium with the family and walking litter the list. Nothing particularly daunting, right? In reality, however, as a gummy-creature of the ocean, these “puzzles” you’re required to complete involve moving your limbs. And that’s not something an octopus can easily do on land, it seems. Octodad isn’t about meeting expectations, though. There are no groundbreaking gameplay mechanics at work, either. In the end, it’s all about dexterity.

It’s not surprising, then, that controlling that squishy sack of innards is tricky; especially when those wandering suction cups attach themselves to any inanimate object that crosses your path. One input controls one leg, while another controllers the next. Another button switches to your free arm, which can then be used to grab and move different objects in the environment. It’s a seemingly simple control-scheme that’s gloriously difficult to master, and occasionally an exercise in frustration. Octopussy-footing around a level can feel a lot like dragging a wet plastic bag full of marbles through a puddle of jelly, but it’s always hilarious to witness and incredibly fun — until you’re tentacle is trapped in a crevice as you waddle helplessly. 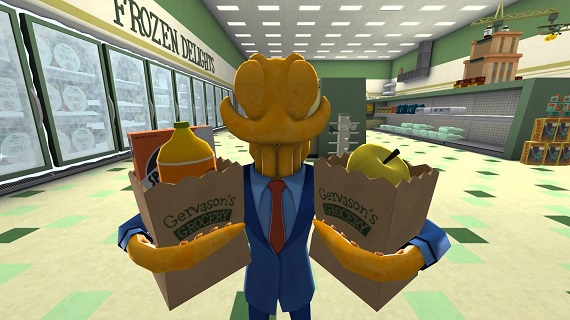 Nevertheless, that’s not what makes Octodad the weird game that it is. Its inexplicable nature does, and the lack of an obvious genre helps, too. It’s not quite challenging enough to be a puzzle game, with most stages demanding a task as simple as plugging a leak with a stuffed animal, or escorting your son through a jungle-gym of kelp and kelp related obstacles. As a platformer, it also fails due to its lack of an intuitive infrastructure, and exploration is usually rewarded with dissatisfaction. But that’s not to say that Octodad isn’t good. For that matter, it can be great; especially if you’re a Laurel and Hardy fan, and part of that greatness is owed to its on-purpose awful controls which, for better or worse, will consume a majority of your time.

On the contrary, the story is mostly insignificant. There’s a sushi-chef that can smell your true fishiness, and he’s determined to put a stop to your charade — no matter what it takes. Your wife suspects something is amiss as well, and there’s the whole “you’re an octopus” business that comes naturally with such a premise. It’s nothing mind-blowing, but it is a source of some hilarious moments, especially in the comments you’ll hear throughout the game. Oh, that family of yours and their silly, silly comments.

The banter is possibly the most charming, amusing and often downright engaging part of Octodad, too. There are even some feels to be had here and there. One such instance has you struggling to wobble up a running escalator while your daughter — too scared to be alone — motivates you with some strangely endearing phrases. She’ll also spout nonsense about monsters raising her if she’s abandoned, and becoming a jellyfish that produces honey — normal little girl stuff. Regardless of how often the quips and phrases are reused, they’re almost always a joy to hear. While there are plenty of awkward slapstick gags, references and jokes across the short adventure, I found it was my family and their silliness that made the intermittent floppy levels worth drudging through. 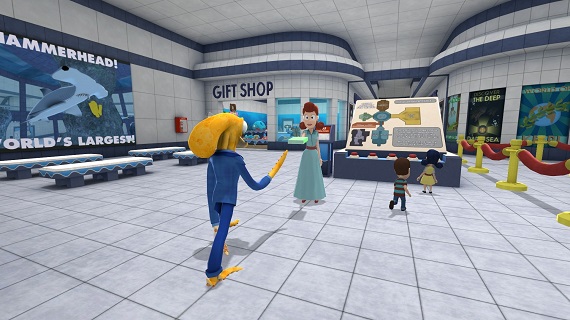 Octodad isn’t a long game. Honestly, it didn’t take me more than a few hours to complete — and that’s with multiple failures, restarts and breaks to vent my anger. It was frustrating, too, especially in its opening hour as I adjusted to its unforgiving controls. But the coalescence of slapstick comedy, emotion and forced-difficulty made for something I had never experienced before, and it was fun. Lots and lots of fun, actually. Octodad: Dadliest Catch is hilarious, silly, annoying and engaging all at once, and that’s ultimately what makes it a game worth playing. The fact that this game even exists is baffling — making you question the inspiration. Was there a professor at DePaul University who’s office was an oversized fish tank? Did one of the developers code the game four times faster than everybody else? Perhaps we’ll never know.