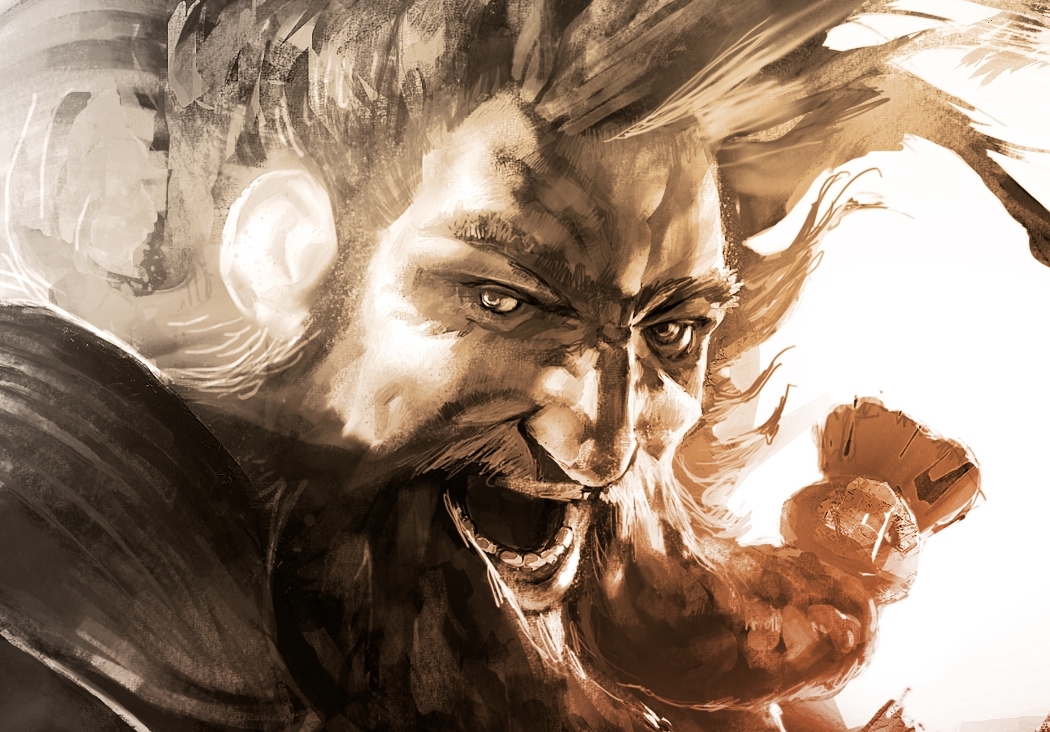 Blackguards is a difficult game for me to review, not because it’s particularly challenging intellectually, or because of my opinion of the folks who made it, but because of how it was released. Daedalic’s first foray into turn-based role-play was put on Steam’s early access service back in November, and frankly, it hasn’t done the game any favors in my eyes. What I played back then showed promise, but was messy and unpolished. Once I’d played enough to write my (generous and optimistic) preview, I set the game down and moved on to other things. I figured once the game was closer to being finished, I’d get back into it.

As anyone who’s taken a break from a long RPG can probably guess, that was a bit of a naïve assumption. To be honest, I’d forgotten all about the game until Steve asked if I was going to review it, and once I’d gone back in, I felt totally lost. This isn’t uncommon for games of this scale, and given a bit of time it isn’t all that daunting to get back into them. The trouble is that, after several more hours of play, I felt nothing compelling me to continue, save my looming deadline. 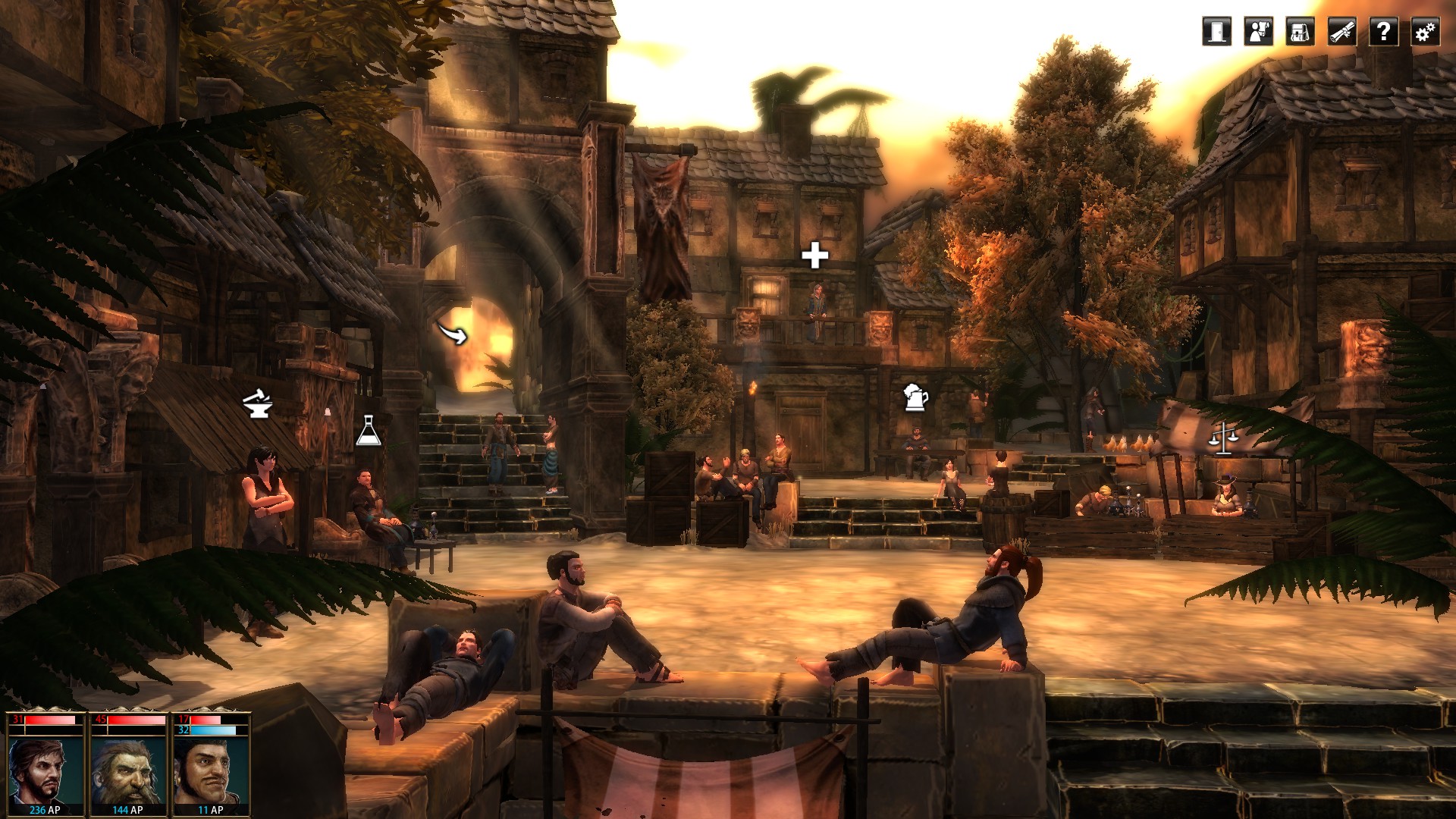 Put bluntly, Blackguards is a bit of a slog. The combat feels clunky, and the story is generic “dark” fantasy pap. I found that acceptable, if not particularly enticing, over the course of a 7 hour preview, but I’d only make it through the full game’s 40+ if you dragged me kicking and screaming. Compounding that, Blackguards has the poor fortune of being sandwiched between two far better RPGs. I’d personally rather spend my time with Bravely Default and The Banner Saga, and I’d advise all of you to buy both before you even consider playing this.

Though a number of improvements have been made over the last few months, the core gameplay has remained unchanged. This is something of a problem. Blackguards’ combat relies entirely on random dice rolls, which makes it difficult to plan and strategize. Your mage’s spell might fizzle, or you might spend twice as much mana for a fireball that randomly does the same amount of damage as its lesser counterpart. This can also lead to some rather incongruous scenarios – such as a skilled archer being literally unable to hit the broad side of a tree – I can understand a 10-foot wood troll shrugging off my arrows, but repeatedly dodging them? The random aspects make some encounters insultingly easy, while others are frustratingly difficult. 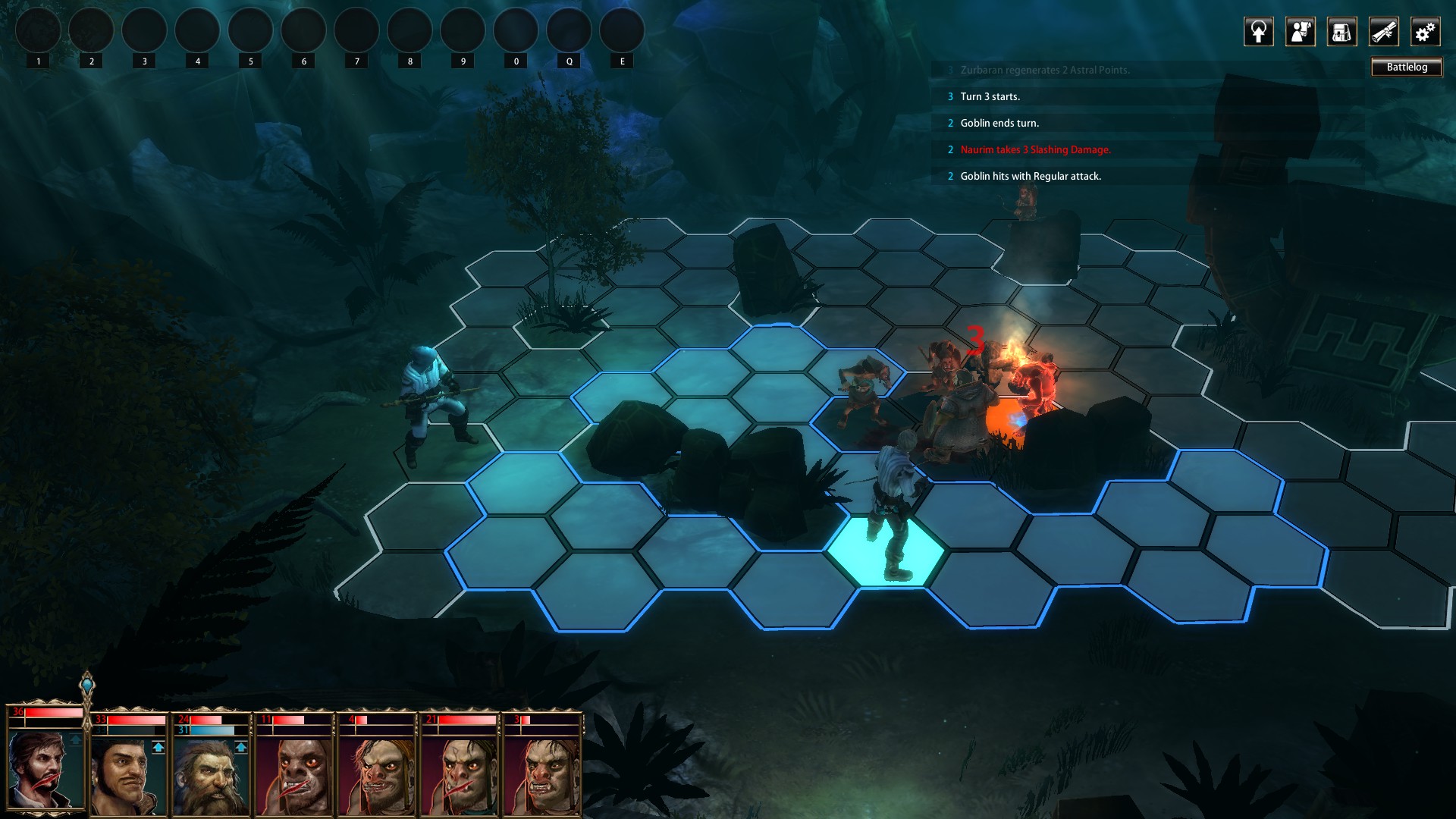 You can mitigate that by improving your stats, but fiddling with character sheets is tedious and overcomplicated. There are dozens of spells, talents, and special abilities to sink experience into, all of which are essentially useless until they reach at least level 8. When you’re starting out there’s no guidance in terms of how to build your characters, so you might end up wasting a lot of experience experimenting. The weapons page is its own special kind of nightmare, requiring that you sink points into every kind of weapon imaginable and balance them between offense and defense. These weapon abilities are entirely disconnected, so even if you can snipe enemies from across the map with your bow, you’ll have to train up from square 1 if you want to switch to a crossbow.

The game fares a little better in terms of presentation, though that’s always Daedalic’s strongest suit. The music is moody and atmospheric, evoking a sense of intrigue while placing the game squarely in the middle ages. Likewise, the art direction is top-notch, at least when it comes to the concept art. I’d assumed before that the animation and character models would be polished over the course of production, but while the more egregious bugs have been excised, they still look blocky and stiff. Still, the game world is decently cohesive, and there’s a good variety to the battlegrounds at the very least.

Unfortunately, the writing doesn’t hold up at all. The story is packed with cliches, and the characters range from bland to unlikable. The solid stable of British voice actors makes an admirable effort, but there’s only so much life you can breath into a dead script. To make matters worse, the in-game text is in dire need of an editing pass. Conversations and tutorials are riddled with errors in grammar and spelling that have absolutely no place in a “finished” product. 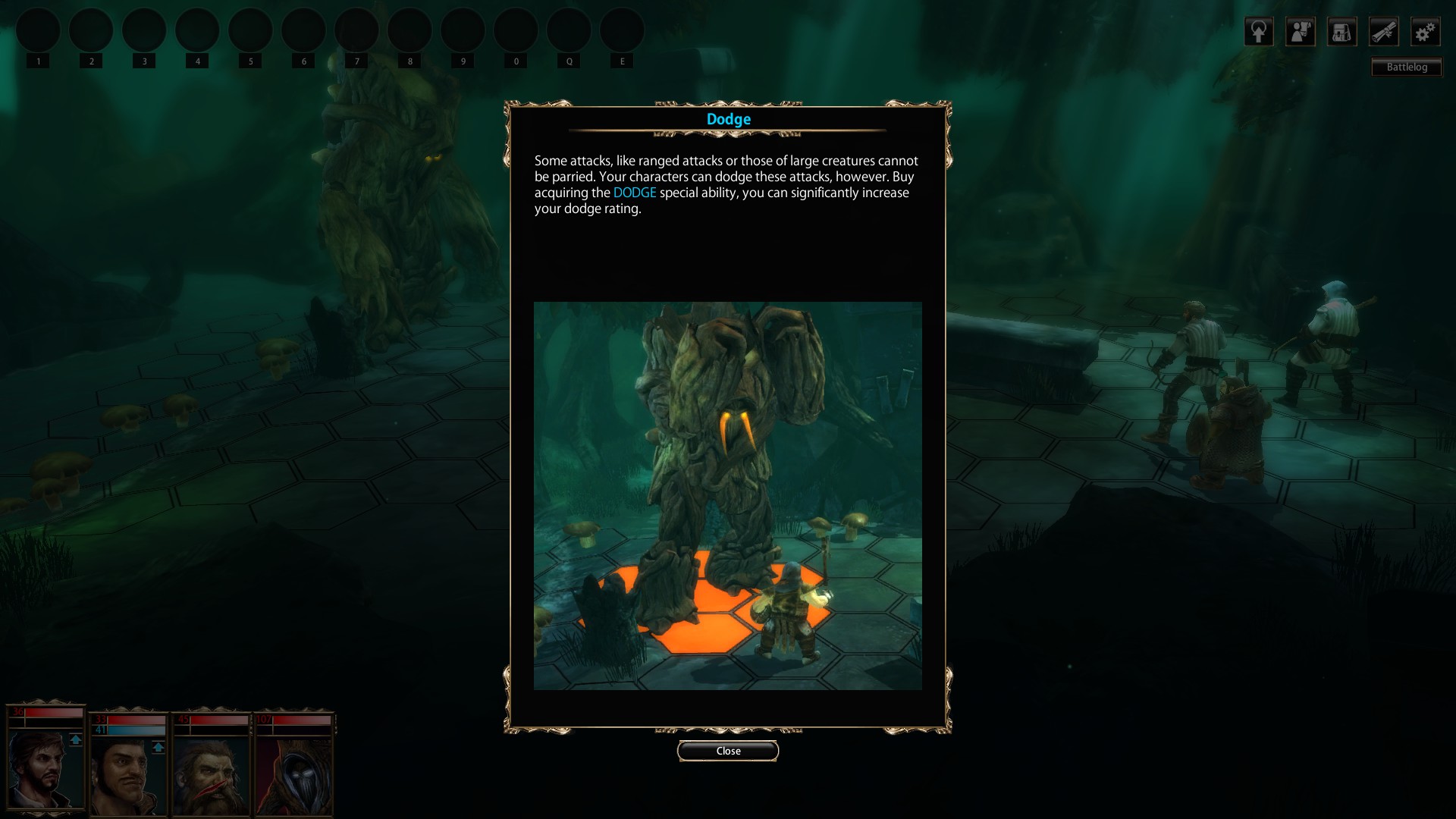 Though I feel incapable of giving Blackguards the fair shake it would get with fresh eyes, that’s ultimately nobody’s fault but the developer’s. Early access works for emergent play – games like Rust and Starbound where no play session is the same and every update changes the dynamics – but it’s ill-suited to more linear, directed experiences. Daedalic must be held accountable for the negative impact their sales model has had on the game. Even without this factor marring it, this overly random, poorly written adventure can’t hold a candle to its competition.