With the recent reveal that the upcoming Metal Gear Solid V: Ground Zeroes can be completed in under two hours, a major debate has been sparked in the gaming community about whether or not the price and length of a game is relevant to its quality. There are strong feelings on both sides of the debate, an both sides have solid points. This is a debate with no right or wrong position, but both sides would be better served by looking at it from another point of view. Ground Zeroes is in a slightly more unique situation than most games that get brought up in the dollar vs. playtime debate because it’s a bite sized prelude to a large and expansive game.

Ever since games began evolving past their single screen high score focused roots, the question of a game’s length has been intrinsically tied to its price, and it’s easy to understand why. No one on this planet enjoys feeling like they’ve wasted their money, so paying $50 or more for a game and completing it in a single sitting usually doesn’t feel right. Compared to other forms of entertainment, video games have typically offered many more hours of entertainment than the others, so they come with an expectation of occupying the player for a significant amount of time. However, as the old “quality vs. quantity” argument can display, more is not always better. The main conflict we are seeing as the medium matures is the debate between video games as a product and video games as an art form.

The fact of the matter is that video games are both an art form and commercial products, so while the price and length of the experience doesn’t matter all that much when judging the quality of a work of art, they are important factors when choosing whether or not to buy a product. For those interested in in-depth criticism and the appreciation of video games as art form, price and length mean nothing. However, for that budget minded gamer that can only buy a handful of games a year, choosing between two highly praised games with one being four hours long and the other being forty hours long is a pretty easy decision. That doesn’t mean the four hour game is a worse game or that it’s not worth experiencing, it’s just the cold truth that games are expensive and some people simply aren’t willing to spend their entertainment budget on something that will only last them an afternoon.

On the topic of Metal Gear Solid V: Ground Zeroes, there have been some pretty strong opinions to the news of its short length. The main sticking point seems to be not necessarily the length itself, but the price, which depending on platform and distribution method is either $20, $30, or $40. The debate has not really ever been about the game’s perceived quality, as consensus seems to be that the game will turn out very good, but more about how many hours players are getting for their dollar. In defense of the game’s length and pricing there have been several statements from those working on it. Jordan Amaro, a designer at Kojima Productions brought up games like Journey and Dear Esther, two very brief games that have received critical acclaim across the board. There is certainly a point here, but these two games were $15 at the most, never anywhere near $40, and more importantly are complete standalone experiences, so the comparison isn’t perfect.

Hideo Kojima himself has weighed in, stating the game’s non-linearity, deep mechanics which allow you to approach things in a variety of ways, several side missions, and online leaderboards all give Ground Zeroes enough depth and replay value to keep gamers satisfied. Of course it remains to be seen whether all this really satiates those that are currently dissatisfied with the length and pricing structure of Ground Zeroes, but one of the major sticking points for many is the fact that the game is perceived as a standalone demo for Metal Gear Solid V: The Phantom Pain. Many have compared this situation to the tanker demo for Metal Gear Solid 2 which was included with Zone of The Enders, and there certainly are similarities. Of course, the major difference is that the MGS2 demo was content from the final game, whereas Ground Zeroes is its own game that exists entirely separate from The Phantom Pain. 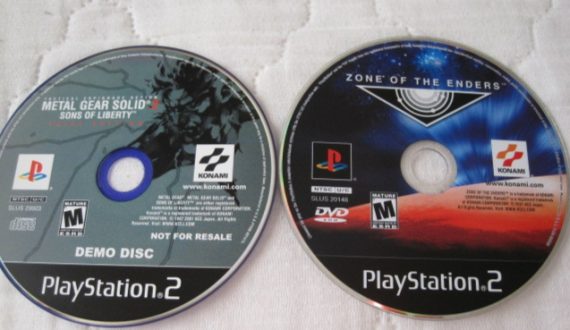 A more apt comparison would actually be Sonic The Hedgehog 3 and Sonic and Knuckles. Due to cartridge size limitations, Sonic Team was unable to release the entirety of Sonic 3 as a single Genesis game, so it was split into two games, Sonic The Hedgehog 3 and Sonic and Knuckles. Both games were sold for full price and each represented half of the Sonic 3 experience. However, in this instance each game was about the length of past Sonic games, so they were a bit more justifiable as separate releases. Based upon the information we have thus far, Ground Zeroes will be the shortest Metal Gear game by a wide margin, while The Phantom Pain is shaping up to be far longer than any other game in the series. If you look at these two games as two parts of a single whole, it’s entirely possible there will be at least two game’s worth of content between them, just not split evenly between the two games, and from that perspective things seem a bit more reasonable. The real question will end up being whether or not Ground Zeroes feels like it was ripped out of the final game to be sold separately or if it truly feels like its own game.

When you get right down to it, there really is no easy answer as to whether the price and length of Metal Gear Solid V: Ground Zeroes are justified, or in fact whether they matter at all. There are going to be many gamers that choose to pass on Ground Zeroes simply because it doesn’t provide enough content for the price that is being asked, while others will appreciate the experience regardless of the business side of things. Personally, one of my favorite games of last year was Gone Home, a $20 game that was over in two hours, so I don’t put too much emphasis on things like that. Gone Home felt like the perfect length for the experience that it was aiming to provide, but it’s entirely possible Ground Zeroes may be too short in terms of game design, not economics. We won’t really know if Ground Zeroes truly earns its price tag until it releases next month, but it’s safe to say its not as simple as dollars per hour.