This past week Sega released a trailer for their new Sonic game, titled Sonic Boom. As is pretty much always the case with Sonic, there was a strong and vocal reaction to this new game. Much of the outcry revolved around the admittedly bizarre looking redesign of the characters, but the typical undercurrent of casual dismissiveness that generally accompanies Sonic related announcements was also present. For many years the narrative amongst the gaming community and general attitude of many games writers has been that Sonic is dead and has been for a long time, but it seems these people would rather perpetuate this notion than actually take a closer look at the series’ recent offerings. 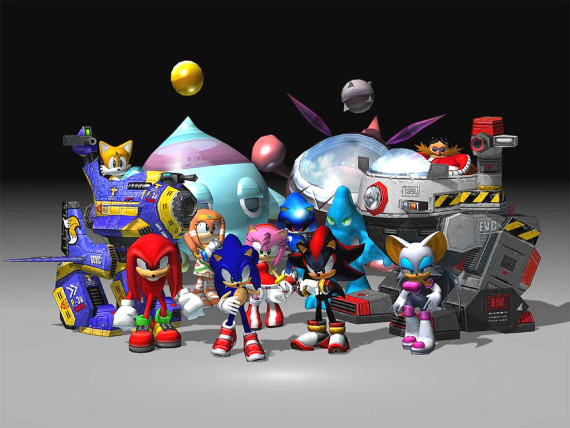 There was a time when Sonic was in fact on life support. Sonic Adventure 1 and 2 fooled most people into thinking they were good when they first released, but as time went on more and more people began seeing them for how poor they really were. The games that followed only got worse, with Sonic Heroes taking the overuse of poor supporting characters to the absolute extreme and the handheld games further diminishing the intricate level design and challenging platforming in favor of mindless speed with each subsequent installment. The series hit rock bottom in 2006 with game simply titled Sonic The Hedgehog, which has come to referred to as Sonic ’06.

Sonic ’06 is without question the worst game in the franchise, and quite possibly one of the worst games of all time. Being a pretty big fan of the series since very early childhood, I play just about every Sonic game that is released, and playing through Sonic ’06 was one of the most frustrating and depressing video game experiences I’ve ever had. The game is fraught with technical issues, terrible controls, unappealing graphics, a disturbing storyline featuring cross-species romance, horrendously designed levels, and some of the worst loading times you’ll find in any game. If there was ever a game that could kill a once behemoth of a franchise, it’s Sonic ’06, and everything about the game justified the perception that Sonic was done for. However, the series would indeed rise from the ashes of Sonic ’06, it just seems no one other than hardcore Sonic fans actually noticed. 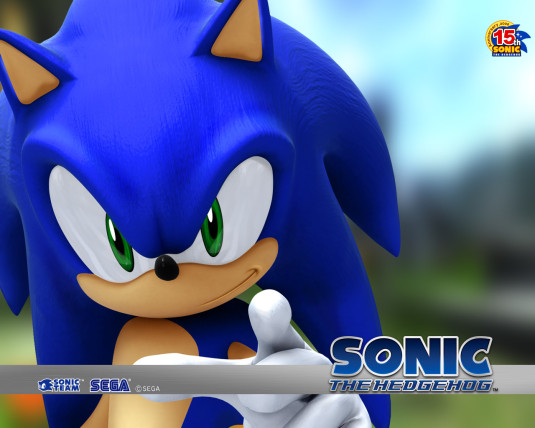 Following Sonic ’06, things didn’t start getting better right away, but they certainly couldn’t get any worse. Sonic and The Secret Rings (2007) on the Wii had promise, but wound up being a mess of a game due to some odd design decisions, in particular putting Sonic on auto-run all the time which essentially put the game on-rails. On handhelds, Sonic Rush Adventure (2007) continued in the tradition of the latter Sonic Advance games and the first Sonic Rush (2005) by entirely missing the point of what a 2D Sonic game is supposed to be about. Unlike the Genesis classics, these games were all about speed and featured very little platforming. The 2D handheld games were infinitely more playable than the 3D games of that era, but more often than not the gameplay amounted to holding right and hoping for the best, which is never what Sonic was really about.

It was in 2008 when Sonic fans got their first glimmer of hope that the series may actually return to quality. Sonic Unleashed featured a new engine and an entirely new gameplay and design style for 3D Sonic games. The previous four major console entries (Sonic Adventure, Sonic Adventure 2, Sonic Heroes, Sonic ’06) all used essentially the same basic style of gameplay and design structure, but Sonic Unleashed was something new. This new style wasn’t anything like the classic games, but with a blistering pace that demanded quick reactions and level memorization, it seemed Sonic Team was finally beginning to figure out a way to make Sonic work in 3D. Of course, Sonic Unleashed was not without its problems, the biggest of which being the infamous “werehog” stages. Going by total playtime, the fast and fun speed based stages only made up about a third of the game with the rest being werehog levels and hub area nonsense. Sonic Unleashed may not have been the complete package, but it paved the way for what was to follow.

After a medieval sequel to Sonic and the Secret Rings titled Sonic and the Black Knight (2009), which is better left forgotten, we got the first genuinely good 3D Sonic game ever made, Sonic Colors (2010). This Wii exclusive built upon the foundation of Sonic Unleashed by refining the behind the back speed based gameplay and combining it with sidescrolling sequences and some new unique power-ups. After years of games that revolved around speed and nothing else, Sonic Colors had a great mix of blistering reaction time focused behind the back speed levels and slower sidescrolling platformer levels. Apart from some iffy jumping controls, Sonic Colors took the best of 2D and 3D Sonic and combined them into a great game, which was embraced by fans and well regarded by most critics. Also released in 2010 was Sonic the Hedgehog 4: Episode 1, which aimed to bring the series back to its Genesis roots. Sonic 4 was the first 2D Sonic game in years that didn’t revolve around holding right, and while some questionable physics kept it from reaching its true potential, it was a step in the right direction for the 2D series.

Following on the success of Sonic Colors and marking the franchise’s 20th anniversary, Sonic Generations was released in 2011, and it was even better than its predecessor. Generations further refined the speed based gameplay of Unleashed and Colors, offering fast and frantic gameplay with a very high skill ceiling. Like Colors, Generations featured both 3D and 2D gameplay, but the 2D portions of Generations were entirely based on the Genesis era gameplay, with the a near perfect recreation of the physics and momentum of the classic games. Like Colors, Sonic Generations was well received by both fans and critics. With back to back console games being embraced by fans and even receiving positive review scores, you’d think the Sonic naysayers would become a minority, but the narrative remained the same, Sonic was dead.

In 2012, Sonic the Hedgehog 4: Episode 2 was released, and it fixed many of the problems Episode 1 had, though it was seen by most as a step back from the classic stages of Sonic Generations. Not a terrible game, but with the fanbase having become accustomed to quality releases over the several preceding years, it was seen as somewhat of a disappointment. In 2013 the Wii U exclusive Sonic Lost World was released, and saw a very mixed reaction. Sonic Lost World was very much a game you either “got” or you didn’t. We thought it was pretty good, but if you look at metacritic its got a huge number of both positive reviews and average reviews and a handful of negative reviews. Unlike Colors and Generations, Sonic Lost World seems to be a game liked mostly by Sonic fans, while everyone else could go either way.

So, why I have I taken you on this little tour of the past decade of Sonic games? Well, if you look at these games, for the past several year there have been more good Sonic games than bad. Even the games that weren’t as well received as others were average at worst, not even remotely bad, yet this perception that Sonic games have been abominations for years still persists. In all likelihood I’m wasting my time; anyone that still dismisses the series out of hand probably doesn’t care enough to read this, but I feel like someone needs to defend this series. I admit, I’m a huge Sonic fan and have been for as long as I’ve been a gamer, but it’s been 8 years since Sonic ’06 came out and people still act like the series is in that dire state. Whether Sonic will continue the trend of quality remains to be seen, but it’s been a long time since the series has had any truly bad games, so let’s put this notion that Sonic has been terrible for years to rest.