Think of when you were a kid and you just finished your favorite game. As the credits rolled, you felt accomplished, but also rather solemn. This game that brought you hours upon hours of enjoyment is complete; there’s nothing left to do in it. We all wished that a game could keep going and offer us more. We were having so much fun with it! This desire to keep a great thing going is what inspired developers to expand their visions beyond a single disc or download file. Downloadable content (DLC) was a godsend to squander our adolescent troubles. It was a way to give gamers more of their favorite games. But DLC has had its ups and downs since its rise in the 2000’s. It’s offered us more, but has also shown us our own negatives to our gaming wants. Be careful what you wish for, because DLC’s most malicious demons are now out and about, ruining games and giving a number of companies the opportunity to cut corners without any real cost to show for it. 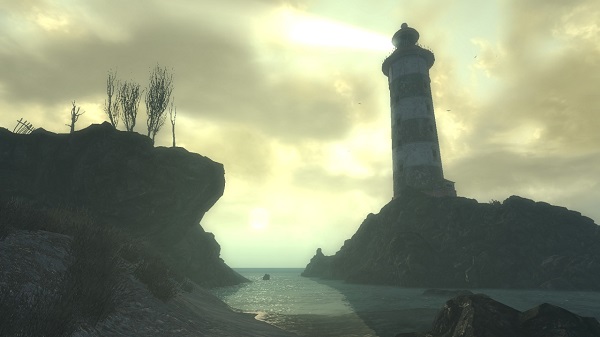 The idea of downloadable content, like many maligned phrases in the industry, isn’t an inherently bad one. In fact, it sounds great. You get bite-sized “expansions” of sorts that are much cheaper than a full retail game and can be easily accessed through the magic of digital distribution services like Steam. The idea was convenient, digestible and overall, an appealing one. While DLC was a reality as far back as the mid 1990’s, many gamers got to experience downloadable content for the first time during the seventh generation of consoles. Aside from the now-infamous horse armor from The Elder Scrolls IV: Oblivion, downloadable content was a way for console goers to finally experience the extension that PC gamers were getting with expansion packs long before, but conveniently downloaded through Xbox Live or Playstation Network. Personally, my first real DLC fix was fed by Fallout 3’s expansion packs, specifically Point Lookout, a gloomy boat ride into the swampy Point Lookout State Park in Maryland. Point Lookout gave new quests, new weapons, and new enemies, all while satiating gamers’ thirsts with a huge new world that gamers could explore, while still bringing the new additions to legitimate use in the main Capital Wasteland.

But probably the best use of downloadable content in recent memory is the rhythm game boom of Harmonix, who pioneered a per-song downloading store for their games Guitar Hero II and the Rock Band series. Aside from a strong, comprehensive tracklist, Harmonix’s games, specifically Rock Band 2, offered individual songs for download. Gamers could spend money on single songs or packs dedicated to a specific genre, era or band. The store was a huge triumph for Harmonix, netting over two thousand downloadable songs before closing shop in 2013. There was a comprehensive nature to the Rock Band Store, but it never was forced. Offering the ability to choose your favorites gave the Rock Band Store a widespread sense of freedom; instead of feeling niche or overly focused, Rock Band delivered DLC in a way that displayed a little something for everyone. It was digestible, simple and best of all, it gave gamers control about what they downloaded. 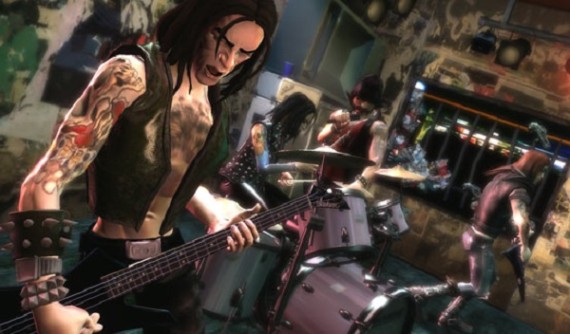 However, after Rock Band’s success, DLC steadily moved away from convenience and began to take a much more corporate tone. While gamers initially viewed DLC as a way to give their games more content without shelling out a ton of cash, publishers thought the exact same thing. DLC was a way for companies to produce more content for a game without having to invest a huge amount of money in the form of a sequel or spinoff, while still netting a steady income from gamers who pay for the content. The “horse armor” example was coming to life once again, but in a much bigger way. The value of these downloadable expansions was being significantly reduced, while marketing efforts heightened the importance of these expansions (such as the store-specific skins or weapons). Commercials would promote exclusive DLC if you bought the game at Best Buy or Gamestop, ingraining the importance of these additions into consumers’ psyches, despite being rather paltry in reality.

Even worse is that these DLC releases are becoming so important to publishers that the main games themselves are normally neutered experiences. Important modes like multiplayer have been cut (blocked behind the season pass, essentially a form of on-disc DLC) and single-player modes have been shortened in favor of future releases of DLC. The profitability of downloadable content, the ability to keep generating income from a game without providing much effort toward development, is something that’s been driving this wave of DLC into the industry. It’s why DLC has become so vilified in the community; gamers feel like they aren’t getting a complete game anymore. 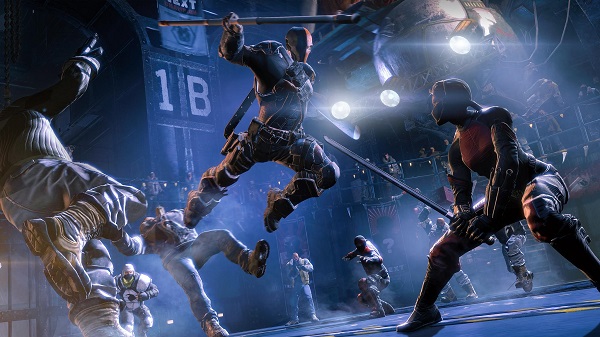 But Batman: Arkham Origins marks DLC production at its most malicious, a way to ignore fundamental game structure in favor of mere profitability. Batman: Arkham Origins’ infamously buggy state upon its launch was something that bothered anyone who got a chance to play it. In addition to goofy animations, corrupted save files, and loading glitches, the game had a massive number of game-breaking bugs that prevented progression in some cases. After a number of patches, WB Games announced this week that no more patches would be implemented to repair the remaining bugs. Instead, they would focus their development efforts on the promised DLC expansions. The game still suffered from a number of bugs in-game, several of which were not just game-breaking, but also very common across multiple platforms. Arkham Origins is strongly predicted to remain in this unfinished state, and for what? Producing DLC and providing more content to charge gamers for.

As you might expect, the community did not take lightly to this. Forum posters went nuts, condemning WB Games’ decision to leave the game in a state of disrepair. This reaction is really for good reason; WB Games are embracing the idea of furthering a state of profit from the game instead of addressing the fundamental value of any game or consumer product: getting it to work. If Arkham Origins did not have DLC content, there really wouldn’t be any reason for WB Games to get distracted from fixing the game itself because they only have the main game to earn income from. In that case, selling the game in stores would be the strongest method of profit, but with DLC, they have the option to inexpensively produce content while still making income. And with Arkham Origins still not functioning properly, many gamers are left with a broken game that the DLC can’t even be used with, a double slap in the face. While Arkham Origins could potentially earn another patch, I wouldn’t expect this to happen. If it does, it’ll likely be in the distant future (maybe around the time the next Arkham game is released).

Years ago, DLC was a form of choice for gamers, a choice to either continue with a game and buy more content, or to pass, save your money, and simply make do with what you have. Either of those options is fine. However, Arkham Origins’ situation offers no benefit to either side: both DLC buyers and passers are still left with a broken game, simply because the publishers want to keep the stream of money moving forward. Arkham Origins is the darkest hour for DLC, proving every negative element about the concept in one fell swoop: cheaply made content to profit from and extend the game’s market lifespan, while ignoring much more substantial alternatives that provide more respect to consumers. DLC has become an excuse for developers and publishers, not a benefit for gamers. It’s an excuse to launch games in incomplete states. It’s an excuse to focus energy on short, cheap episodes instead of something substantial. It’s an excuse to ignore game-breaking bugs just to say that you already have something in the pipeline to work on and can’t focus on something so integral and fundamental.

The downward spiral that DLC has found itself in has reached the lowest sinkhole yet with Arkham Origins, an exploitative approach to extending content and profit and the worst light downloadable content has bathed in in over a decade.