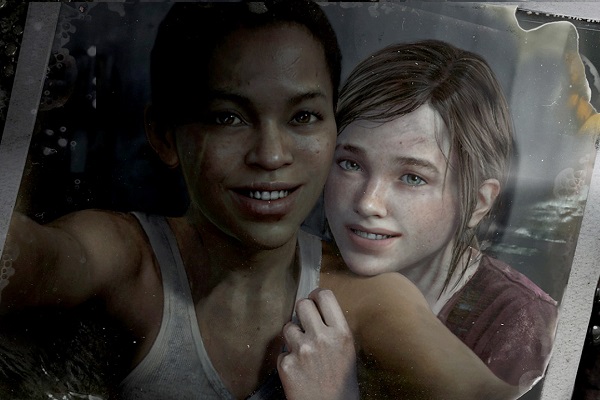 The Last of Us was without a doubt one of the best games of 2013, and it’s got numerous Game of The Year selections to prove it. Naughty Dog is certainly no stranger to Game of the Year awards, but one thing they aren’t familiar with is single player, story driven downloadable content. All of the DLC for the Uncharted games consisted of multiplayer add-ons such as maps, character skins, or cooperative scenarios, and the DLC thus far for The Last of Us has all been multiplayer related. The Last of Us: Left Behind was announced during the launch event for the Playstation 4, and likely stands to be Naughty Dog’s last single player production on the Playstation 3, which is obviously a system they have produced many fantastic games for.

When it was initially announced, Left Behind was presented as being the story of how Ellie initially became infected, and you may be surprised to learn that is only half true. Left Behind is actually framed in two distinct locations and time periods, switching between the two as the story progresses. It begins during winter, just after Joel was injured, and basically aims to show how Ellie saved Joel’s life and got the two of them from the college campus to the mountain village. Not long in, the game cuts back to Boston prior to the start of the main game and gives us a glimpse of Ellie’s life in the quarantine zone. It’s here we are introduced to Riley, Ellie best friend, and taken with the two on an excursion to a mall.

These two stories have nothing to do with each other, but there is a thematic through line that provides some interesting context to Ellie’s actions to save Joel and her attitude for much of the main game. The framing seems a bit odd at first, but as things progress it becomes more understandable, and the spots they chose to jump back and forth feel absolutely perfect. With that said, the Boston sequences are much more interesting from a story standpoint, with the winter sequences serving much more of a gameplay function than a story one. The story that does present itself during the winter parts unfortunately doesn’t tell us anything we really needed to know. Sure, it clarifies details that were missed when story jumped from autumn to winter in the main game, but there’s nothing revelatory here. The Boston sequences, on the other hand, seem much more essential, and more importantly feel distinct from any any moments in the main game.

There is no combat during the prequel portions of the DLC, but there is certainly gameplay. Left Behind features several new mechanics, the majority of which are used once and never returned to. A minor complaint many had about the core game was the re-use of some mechanics such as palette puzzles and moving ladders, so the variety of mechanics employed over this fairly short bit of content is very welcome. It’s not just the variety of mechanics, but the fact that they all serve to give substance to and further establish the relationship between Ellie and Riley. Due to a perfect combination of outstanding dialogue, top notch voice and motion performances, and smart implementation of player input, the relationship between these two characters feels believable and genuine, and is really the highlight of this DLC. You really get the feeling these two know each other better than anyone, and they truly come across as best friends.

If you’ve played the main game, and remember some specific dialogue in particular, you know exactly how this story ends, but that works in its favor. Compared to the main game, the tone of Left Behind is much lighter for the majority of the story. You may actually find yourself smiling, something that didn’t typically happen during The Last of Us, and much of it consists simply of two friends enjoying each other’s company and having a good time. You’d think knowing that it goes bad would diminish this, but instead you want it to last as long possible. You know things are going to go just about as bad they could, so you revel in their happiness while they have it. Of course, that’s only half of the DLC, and the switch back to Ellie’s solo struggles in winter serve as a harsh reminder of what’s in store for her, and that this night is likely the last opportunity she’ll have to just be a kid and have fun.

While the Boston half of Left Behind consists of very little of what would be classified as standard Last of Us gameplay, the winter portion is basically nothing but that. While the core of what defines the gameplay hasn’t been drastically changed, there are certainly some improvements, the biggest of which is the addition of combat encounters that involve both hunters and infected. The lack of these types of encounters was one of the very obvious missed opportunities of the main game, and honestly it’s somewhat surprising to them finally implemented here. For what must have been a very difficult AI challenge, one wouldn’t expect this feature to miss the main game but make it into DLC, but the addition is welcome regardless. These encounters give you many more options in how you approach combat, and taking advantage of the situation as the two groups fight each other is very satisfying.

The winter segment of Left Behind is an interesting evolution on the core gameplay loop of The Last of Us, but this whole portion of the DLC comes off feeling non-essential. Pretty much all of the story takes place in the other time period, with Ellie never even talking to anyone during winter. It’s not as though winter is bad, it just sort of feels like it exists to make room for combat without breaking the story and to stretch out the running time on the DLC to a length that would sit better with players for the price. It’s by no means unpleasant to play, with the high production quality, ridiculously detailed environments, and tense combat you’d expect of The Last of Us, it’s just not as engaging as the other part of the DLC.

The Last of Us: Left Behind captures everything that is great about The Last of Us and distills it down into a tight two hour journey. It tells an interesting and engaging coming of age story about the relationship between two characters and how traumatic loss can affect how someone deals with the future threat of loss. Though half of the game is much more compelling than the other, some interesting new combat mechanics keep you engaged in the gameplay when the story takes a back seat. As it goes, Left Behind beautifully juxtaposes lighthearted fun with oppressive bleakness to craft an affecting story that will run you through a wide range of emotions. If more story content for The Last of Us is what you’re after, you couldn’t have asked for much better than Left Behind, and Naughty Dog shows once again why they’re among the most respected developers in the industry.