The Super Smash Brothers series remains one of the most iconic properties in Nintendo’s franchise library, which is especially interesting because it’s a series encompassing multiple other series. It wasn’t the first to crossover different game universes (hell, Captain N was doing that back in 1989), but Nintendo sparked things up with a multiplayer frenzy in gameplay design and a stellar representation of so many classic gaming universes. But with these franchises always on Nintendo’s stage, what’s the fascination with the fighting game genre exclusively? There are clearly other ways to represent these varied mythologies and other genres to explore this crossover mentality with. Here are a few genres that the Smash Brothers Nintendo-crossover element could work impressively in.

RPG crossovers aren’t too unusual these days. Between Namco x Capcom in Japan teaming up characters like Rockman (Mega Man) and KOS-MOS (Xenosaga) to the in-development Shin Megami Tensei x Fire Emblem hitting the Wii U down the line, Nintendo’s franchises are ripe for expanding upon into full-fledged RPG universes. The various “kingdoms” provide lots of variety in tone and appeal, with each world being themed around a specific franchise. Even better, think of organizing a party of your favorite Nintendo characters, each with special abilities or even tag-team moves that mix up their signature skills for deadly results. Tangle up an opponent with Samus Aran’s Grapple Beam while Donkey Kong pummels them into submission. The tag team abilities are easily the biggest advantage for the idea, since being able to organize your team to the ideal setup isn’t something too embraced with Smash Bros.’ fighting game atmosphere. Each character’s diverse history and atmosphere offer ample opportunities to highlight strengths like special abilities (call them “N points” if you’re crafty) or even things like defense (Bowser’s turtle shell) or agility (Fox’s high-speed blasters). Smash Brothers was a way to get classic Nintendo characters to duke it out against each other, but we’ve yet to see a game where the characters are unified toward a common fight, a fight where simply ganging up on enemies isn’t the best bet and coordinated teamwork is the name of the game. 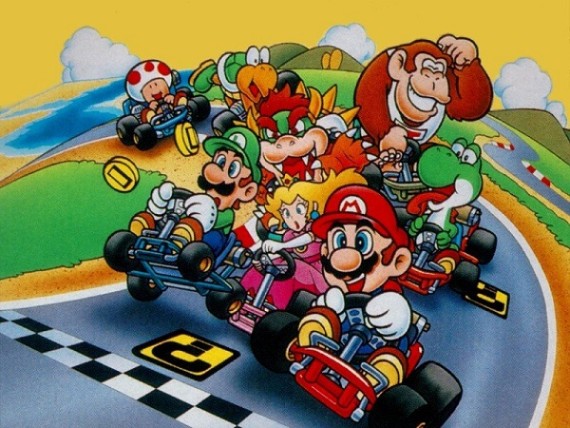 Nintendo’s driving franchise of choice has always been the venerable, but wacky-as-all-hell Mario Kart series. A chaotic race-to-finish featuring icons and sub-icons from the Mario universe, Mario Kart’s vibe has always been over-the-top power-ups, crazy track design and the tried-and-true appeal of lighthearted competition between friends and rivals. Mario’s world has become bigger than ever, but fans have consistently pitched the idea of opening the kart racing genre up to more than the residents of the Mushroom Kingdom exclusively.  Why not bring in franchises like Zelda, Metroid or Pokemon into the mix? The Smash Bros. appeal remains one based around chaos, a prime connection to the banana peel spinouts and heat-seeking red shells of Mario Kart. They are built around franticness. Getting more universes in on the fun could open the door to new track concepts, like darting around Hyrule Field avoiding Bokoblins or rushing down pathways in an Animal Crossing town. As goofy as it sounds, wouldn’t seeing Samus Aran driving a kart designed to look like her starship have a kind of weird appeal? And the power-ups…don’t get me started. Metroids clinging to the screen obscuring your view (a la Mario Kart’s Blooper or Metroids themselves in Metroid Prime), Thunder attacks from Pikachu could challenge Mario Kart’s infamous lightning bolt, or even Fox McCloud transforming his kart into an Arwing for aerial bombardments across the track. Nintendo’s history is so rich with ideas for making the kart racer less about Mario and more about Nintendo. Alas, Nintendo has dismissed the idea time and again, with Mario still being the key icon for the kart racing genre. However, the idea is there, Nintendo. You’ll cave eventually.

Similar to the appeal of an RPG, making a strategy game in the vein of Age of Empires or even Civilization would be a way for Nintendo to use the mythologies behind the franchises in addition to the characters themselves. Leading a platoon of crazed Moblins or Space Pirates could lead to some frantic battles across the different “Nintendo” kingdoms. Keeping an overarching mythology would be a bit difficult (unifying the very different lands of Nintendo’s franchises sounds very convoluted), but with these franchises following various transportation (land, sea and air) and so many different units to select, there’s a ton of potential there. Think Pikmin, but bigger. Even better is the idea of summoning iconic figures from the games, similar to summoning a leader or champion in Civilization. Summoning Ganondorf could wipe out enemies while also bathing a landscape in darkness (“fog of war”), while Donkey Kong could increase production of food for the kingdom (bananas, of course). There are lots of ways to expand these mythologies, without relying entirely on the characters in them. Nintendo has grown fond of keeping these ideas alive with alternate timelines and various new worlds within a centralized kingdom. It’s not just about Link and Mario anymore; it’s about the worlds they live in too. 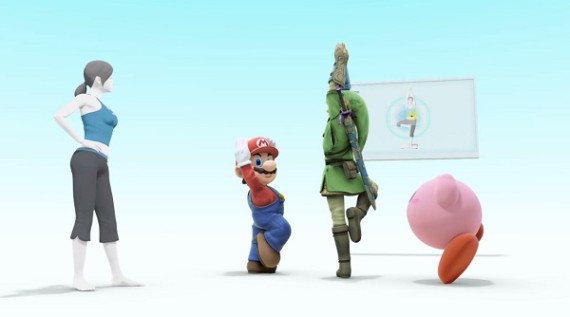 With Nintendo’s backlog of franchises steadily being revisited (such as with Punch-Out on Wii and Kid Icarus: Uprising) we’re seeing more and more icons return to the frontlines. The lore behind the characters and their worlds are becoming just as big a deal as the characters themselves. Smash Brothers might have been the goofy crossover romp many were waiting for in the 90’s, but there are ways to take the appeal of crossing over acclaimed franchises and move it in ways beyond the typical multiplayer fighting game. The characters don’t have to be beating each other up for Nintendo to pay homage to them, and with the worlds becoming so layered and notable along with their heroes, villains and such, this is the time for Nintendo to mix things up, just like they did with Super Smash Brothers back in 1999.

Any other genres that would make for excellent crossover chaos with Nintendo franchises? Sound off in the comments!