As of late, Capcom has had a knack for picking out developers to take on their long running properties. Grin did wonders for Bionic Commando and Ninja Theory was able to create a stylized Devil May Cry that many enjoyed. It would seem the Japanese publisher has done it once more with Double Helix Games, allowing the Irvine-based studio to recreate one of the company’s oldest franchises. While nostalgia is running rampant, this is much more than a copy and paste job as Hiryu has found himself in a world brimming with adventure.

The plot of Strider is pretty nonexistent. Even from the get-go, they don’t give any context to what the lone ninja is doing, just that he arrives on the outskirts of Kazakh City on his glider and his mission is to kill the Grandmaster Meio. This is essentially a retelling of the original arcade game, but because they’re going off such light material as it is, there really isn’t much plot to speak of. Even the dialogue, which there’s a significant lack of, is relatively vague and generally lifeless, so much so they didn’t even put in the effort to animate the mouths of characters. Thankfully, the story really isn’t the draw; it’s the action packed gameplay from Hiryu and the interconnected areas that will bring in the most interest, and rightfully so. 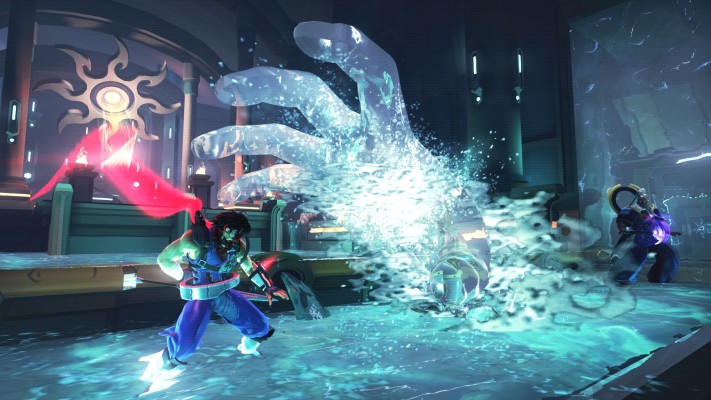 Gameplay is simplistic to a degree. Combat generally consists of swinging a sword vigorously, with a useless launcher tied to the triangle button. The pacing is by far the best part of the game with enemies gradually becoming more difficult and only reacting to specific elemental factors. Some shields need to be shattered with an ice attack, while others with an explosion. The pace in which you obtain different gear and weaponry is well conceived, allowing you to slowly become a badass ninja over time. Sadly, the gameplay ultimately boils down to hammering on the light attack button over and over again, and even most boss fights don’t require that much strategy to complete. They have an attack pattern that must be learned, but at the end of the day, the square button will be worn out. On the positive side, there are special moves such as the robot panther and falcon from the original game, adding an extra layer of intensity during combat.

While combat can be a bit repetitive at times, it’s the traversal of the world that really makes a huge difference. Unlike the traditional linear-based Strider games of the past, this iteration has a stronger emphasis on adventure and some puzzle solving elements. The most apt comparison would be to Shadow Complex or earlier Castlevania titles, having specific areas of the world inaccessible until an item is obtained. Unfortunately, even with some specific fast travel spots around the world, navigation from area to area is a bit cumbersome and backtracking can be a pain. Thankfully, most of the campaign calls for little revisiting past areas, so it comes down how much the player really wants to 100% the game. In the end, while combat can be a bit repetitive, there’s an overwhelming sense of enjoyment from the progression and the sense of adventure. 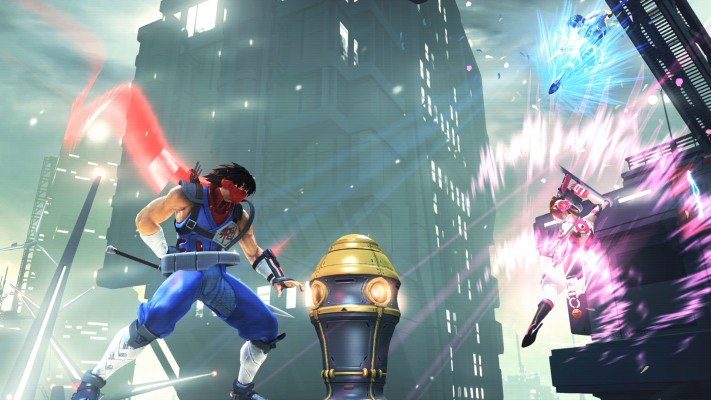 While the original Strider was incredibly difficult, that isn’t necessarily the case with Double Helix’s iteration. Through the course of the five to eight hour campaign, depending how much of the world you want to explore, I found the game over screen only two or three times. With the exception of maybe one boss, most of the story can be completed without much trouble on the default Normal difficult, so it’s definitely advised for hardcore fans of the series to start off with hard. It’s mainly the reuse of the same enemies that seems to weigh this down. Their attack patterns are virtually the same with some slight modifications, so once you’ve mastered one or two of the same enemies, you’ll have a good grasp on what to expect with the rest of the game.

The open environment of Strider can look artistically beautiful at times. The experienced ninja will find himself in suppressed cities, lava pits and futuristic airships, just to name a few. Each area has been well crafted, painting an appropriate picture of the rather depressing city and time. While making your way through the environments, there will be hidden items scattered throughout the world that will unlock concept art, but more importantly, levels for the additional modes. Survival Mode is just as it sounds with Strider being pitted against various robots he needs to dispatch of as quickly as possible. Beacon Run is essentially a time trial mode that places various checkpoints around the map, challenging the player to maneuver through the hazardous terrain with the best time in mind. These are nice side activities, especially the Beacon Run levels, allowing additional play after completing the main game. 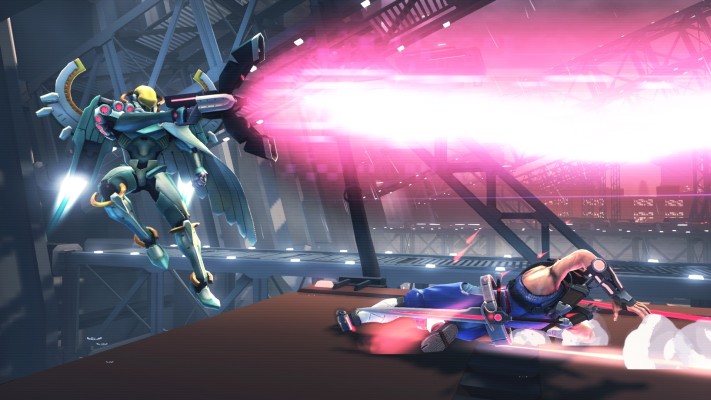 It has been over a decade since the masked hero has graced his own game, but Strider is back and better than ever. Double Helix has done a phenomenal job in bringing the futuristic ninja into the modern day by not only upgrading the visuals while maintaining the two-dimension plane, but adding an addictive and well-constructed progression structure to keep the campaign interesting. While a coherent story is still relatively absent and navigation from area-to-area can be a bit cumbersome, it’s the strong adventure and combat elements that allow Strider to flourish into something special. Strider hits all the right notes and winds up being an experience not soon forgotten.