While Mario might not look like it, he is quite the versatile athlete. He’s dunked in basketball, scored goals in soccer, and done whatever it is you do in hockey to earn points (knocked out Luigi’s teeth?). Of all his sporting endeavors, Mario Golf has always been one of the most fun and the upcoming Mario Golf: World Tour looks to give you everything you’ve loved about the past games in the series with a pretty new 3D coat for the 3DS title. Earlier this week, Nintendo released some new screenshots for a new course, Cheep Cheep Lagoon and showed off a brand new all aquatic setting.

That screenshot was posted to Nintendo’s Twitter account, and before your mind is completely blown about how a 3DS game looks better than most Wii U games I should probably tell you that is just a render of the level and not an example of in-game graphics. Fortunately, Nintendo did give us a couple of those as well which we’ve included below. 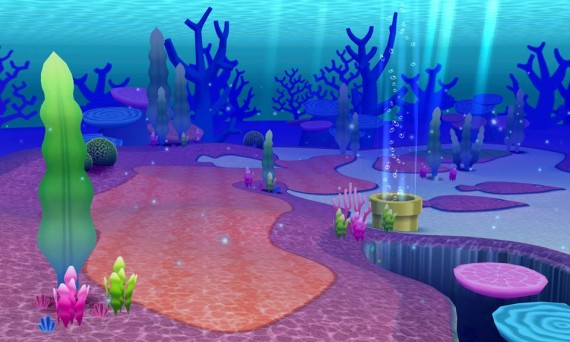 It looks like a fairly standard Mario Golf course, but Nintendo’s Facebook page promises some interesting twists. The course will feature “lots of obstacles” and “slightly different underwater physics to challenge more experienced players” and give it a distinct flavor from the other courses. I mean, it would be too unrealistic if the three human characters playing golf underwater experienced normal physics, right? Mario Golf has always been a fun little sports title, so we’re looking forward to getting our hands on a copy and seeing what other sorts of shenanigans the game has in store for us. Will any other levels mess with the normal physics? Who is Daisy waving to? And, most importantly, since when could 3D Mario breath underwater?