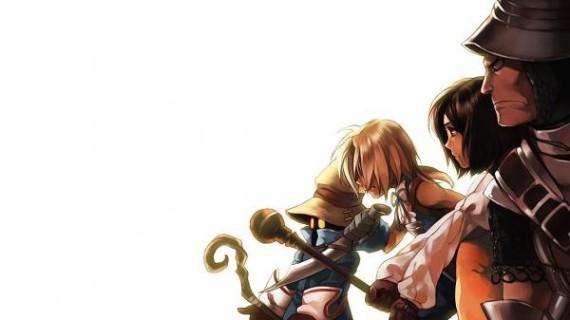 Final Fantasy IX gets overlooked because of its placement, and the lingering hype of Final Fantasy VII that swallowed anything and everything that came out at or around the same time as it. The year 2000 was a busy one. Not only were we finally getting back to a state of normalcy after that doomsday prepping for Y2K, but we were also acclimating ourselves to the Sega Dreamcast and preparing for the PlayStation 2. Moreover, the Final Fantasy series had seen two very successful entries (VII, VIII) and the market was loaded with quality roleplaying games. And then IX came along; a humble little thing with a style more akin to a bygone era of Final Fantasy’s than its more recent predecessors. All of this ultimately was a heavy weight for IX to carry; some will say it carried it with grace all the same — others will disagree.

No matter on which side of the fence you fall, one can’t deny the game’s greatness when looking back on it retrospectively. When comparing it, we can probably view IX as Final Fantasy meets a Pixar film. The former is obvious, while the latter isn’t as much. We call it something Pixar-like because of its characters. The cast here steal the show for a number of reasons. Firstly, the game uses comedy perhaps more than its brethren. Zidane, by default, is a trickster — a rogue, if you will. As such, he fits into that Han Solo, crack-a-joke-at-everything-that-makes-you-uncomfortable mold and is consequently in class all of his own. With Cloud’s myriad of mental health symptoms and Squall’s angst, it was a bit odd to have a Final Fantasy game feature a leading character that did not possess some kind of petulance. Upon first meeting him, he seems as we’ve described him: somewhat happy-go-lucky. But by the end of the game, the world comes crashing down on Zidane and suddenly things aren’t all rainbows and unicorns.

Zidane’s characterization is but a trend in Final Fantasy IX. On the surface, all of the characters appear well-off; but then as the layers of the onion are peeled back, we see that each one is damaged in some way — some in substantial ways, others in smaller, yet equally profound ways. It’s this kind of duality and analogy to how we as people work that takes Final Fantasy IX to a place that is more relateable than almost all its series kin. In spite of its high-fantasy backdrop, this is without a doubt one of the most realistic of the Final Fantasy’s specifically because of how life-like its characters’ personal struggles and triumphs are. This ridiculously well-rounded cast is offset by a hypnotizing overarching story and my favorite franchise villain. That’s right, I think Kuja is more diabolical than Sephiroth and Kefka — sorry to suck the jelly out of your doughnut, fanboys.

But Final Fantasy IX also has great gameplay that is all the best parts of early Final Fantasy games, minus all the parts that weren’t interesting. It’s a tame system at large, but incorporates enough subtleties to form its own gameplay identity whilst also presenting mechanics that are accessible but engaging. The difficulty is something worth noting too, seeing as the game is damn formidable at times. It’s never a cakewalk, yet never unnecessarily hard. Furthermore, the game manages to draw upon its roots through the use of a job/class system to add another coating of strategy and customization. Unlike the immediate two entries before it, IX hearkens back to those FF titles that paved the way, and in essence makes each character a specific job. For instance, Vivi is the equivalent of a black mage and therefore is the only party member who can use the dark arts in combat. This job system is what made FFIII and V so special; thus it was delightful to see it make its reappearance. Even on down to the game’s use of active time events during town exploration segments is just enough to set the game apart from those that came before it.

Final Fantasy IX is one of those games that has aged like a fine glass of wine. Meaning to say, here we are 14 years later, and the game still looks great. With some touch-up work and time given to buffing the proverbial paint, IX could easily stand with its contemporary genre counterparts. As part of one of the most influential roleplaying game franchises, it’s important for gamers to see all the installments that helped give them the games they know and love today. FFIX can serve that purpose. This is one of the best chapters in the acclaimed franchise; and although others hog the spotlight more often, this really is the pinnacle of Square’s RPG work. The phrase “poetry in motion” doesn’t get used enough, but this is a game that is just that. It does nearly everything right and well.

Oh, and did we mention the game’s ending is heartbreaking? Because it is.

“The [Top] Hat” is an editorial evaluating the reasons why certain games are great or awful and/or the overall accomplishments of our gaming industry. Sometimes we take on the top 20 best games of the 2000s, and other times we look at all the games Final Fantasy VII overshadowed. It is a lengthy editorial piece designed to elicit either nostalgia, or an assessment of a product or group of products within this medium. It is also a time for Bradly to rant about his opinions on the industry and its efforts. Agree or disagree, love his opinions or hate them, “The [Top] Hat” is the article you will want to look forward to.