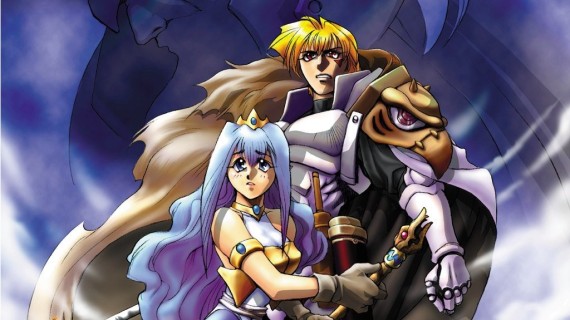 Much like a lot of the games on this list, Dragon Force wasn’t experienced by as many people as it should have been. It was released for the less-than-popular Sega Saturn, at a time when the industry was changing. It was also decidedly old-school in look, during a period when developers were pushing technology to the edge in order to pump out more realistic, 3D-based visuals. Dragon Force was a 2D game, with an extremely by-the-numbers Japanese art-style as well. Already, it’s easy to how J-Force and Sega’s unique roleplaying game slipped under the radar.

So, yes, Dragon Force isn’t a game that can rest on its aesthetics. The truth is though, this is a game where the visuals take a backseat, giving plenty of room for the gameplay mechanics to sit right behind the driver’s wheel. DF is a combination of real-time strategy and turn-based workings with hints of simulation and roleplaying thrown in, just for good measure. How it comes together, then, is simple: players navigate a map with various army commanders in real-time; they storm and occupy castles and cities while the enemy AI does the same. When the two collide, the player is transported to a combat screen where they can prep for the fight — which includes pooling together resources and various solider types — and then jump into a tactical fight in which they only control their commander. Players can execute special attacks via their character in addition to giving orders to their army of 100 champions (that’s right, I said 100). In the end, every situation culminates in a 100 vs. 100 battle that is sheer madness of the most delectable kind.

But there’s more to Dragon Force than even that. Players also have to micromanage the aspects of running their own empire, which means promoting officers, leveling up characters, interrogating prisoners of war, trying to win over captured generals, fortifying castles, as well as advancing the plot. It’s a huge game that is ripe with challenge. In the end, Force is such a unique game that it’s hard to really find something to which to compare it; it truly is in a class of its own. But it’s not in its own category simply because there’s nothing else like it; it’s also just a holistically sound video game. It’s very rare to find a title that is solid from top to bottom, and yet Dragon Force clearly illustrates that such works do exist — it’s living proof.

Dragon Force was, and still is, completely worth the purchase of a Saturn. But we know that most don’t have access to Sega’s heinously underrated system, hence why injecting the game with some HD Botox on a current console would do it wonders. After all, the game was good enough to warrant a sequel, though it sadly never left Japan. Still, the game looks great aesthetically, even with its 2D landscape. In fact, we’d prefer it stay that way: touch up the visuals, let them shimmer in the proverbial HD light, and suddenly we have something worthy of a 2014 presentation. Because Dragon Force is honestly one-of-a-kind, it’s imperative that it be remembered. A remastering is the exact way to do just that. 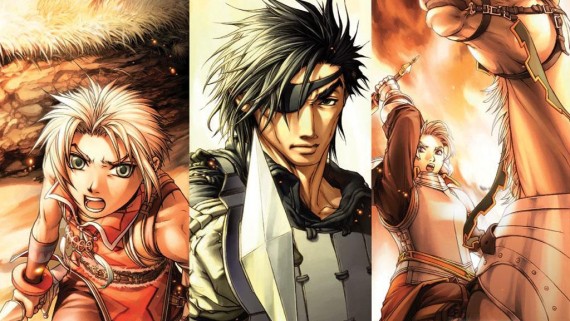 Suikoden III. Oh, Suikoden III… There’s a lot to the third installment of Konami’s beloved RPG franchise, the least of which is its massive roster of characters one can recruit and employ. To that extent, the game simply throws the rule book out the window with how it presents its cast and story. Told from the perspective of three heroes, the story in Suikoden III is one of the strongest in the full series. Events are told through the eyes of very different characters, which lead players on an emotional rollercoaster that presents information in an interesting manner. Better still is the fact that the plot is devoid of any childish trappings. It’s mature, addressing grand topics such as love, betrayal, and comradery, steering clear almost always of usual tropes and the ever so played out bad-guy-threatens-the-world theme. Truthfully, this is a game that bucks tradition in many regards and comes out a more satisfying adventure as a result.

But why does it need the HD treatment? The simple and short answer is because it’s one of the PS2’s greatest RPG accomplishments. Considering how vast the PS2’s game library is, it’s quickly easy to recognize then the weight of that statement. Even when looking back on the title from this exact moment in gaming, Suikoden III still stands head and shoulders above the competition. It’s one of those games that very evidently is a labor of love. It doesn’t feel cookie-cutter, rushed or like the work of a development team burnt out. Instead, it rallies behind unique ideas from gameplay and narrative standpoints. It also is of a generation that doesn’t require an incredible workload to remaster (just look at Tales of Symphonia Chronicles, Kingdom Hearts HD ReMix or the Final Fantasy X|X-2 HD compilation). A game that possesses an art direction of its own, while also taking advantage of not-too-out-of-date tech means that Suikoden III HD would be an extremely real possibility.

But realities aside, this is just a game that demands attention. At this point, the title is twelve years old, which means it was missed by the latest gaming cohort. Many newer gamers were just simply too young to play or even know of SIII. Those folks who were maybe in the single digits, or even in their early teens, may have missed out on one of the genre’s most prized pieces. To provide so many people an experience like the one found in Suikoden III would be special, and no doubt remind folks why the series is such a thoroughgoing one to begin with. It’s been a great many a year since we last heard from Suikoden; this would be an excellent way to re-introduce it once again. 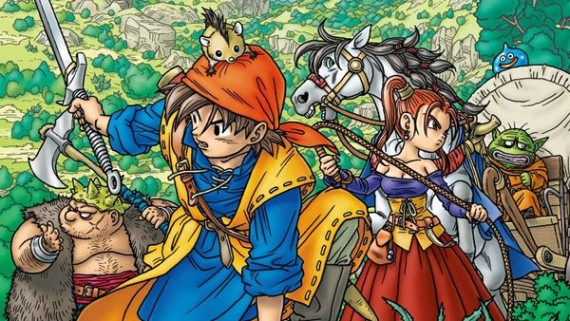 Sure, Dragon Quest may not be as popular here in North America as it is in Japan, but one can’t deny greatness when it smacks them in the face. That’s what Dragon Quest VIII did upon its arrival; it slapped us around and showed us what a real roleplaying game is like. When put up against its most direct competitor, Final Fantasy, it’s interesting to observe just how the two series have unfolded. While Final Fantasy has looked to innovate in order to stay relevant, Dragon Quest has remained true to its roots to accomplish the very same objective. Certainly, Final Fantasy still is the more popular of the two franchises; though, one might argue that at this point, Dragon Quest has the more marked resonance. We can look at Final Fantasy XIV, XIII, XII, and even XI and talk about how the series has lost its way (mind you, we still like many if not all of those FFs), but when we look at Dragon Quest, we can only raise an eyebrow of indignation at DQX as being the series’ only attempt at trying something new. And I think it goes without saying that, while Dragon Quest X has been successful in its own right, it’s been marginal in terms of the usual response to Square Enix’s longstanding series.

Dragon Quest VIII truly embodies the Japanese roleplaying formula. Some might even say it’s too formulaic in its rigid adherence to mechanics that set the stage for the entire genre back in the 80s. In truth, if we didn’t have graphics to look at, most of us would assume that Cursed King was made two and a half decades ago, instead of only a handful of years ago. That’s what makes it such a feat; it managed to garner immense success and praise by fans and critics alike by never trying to be something it knew it wasn’t. So what is Dragon Quest VIII? It’s a colossal adventure filled with lovable characters, bright visuals, a spellbinding world and super accessible but rewarding combat. Naturally, the localization is also one of Square Enix’s best to date — still. Why folks love DQVIII so much, though, is its uncanny ability to sweep players off their feet and whisk them away into a magical world that felt immersive and lively. Very rarely can a game’s fictitious world feel real, and yet the one found here feels like a living, breathing entity, capable of existing in some galaxy far, far off in the cosmos. It’s meticulously sculpted, given an astonishing level of care and designed to encourage and reward exploration.

In terms of the game finding an HD market… Well, let’s just imagine for a moment those cel-shaded visuals, revamped for glowing high-definition. It’s an image and an idea that is hard to resist. It’s as if Dragon Quest VIII was meant for high-definition; even upon its release, it was one of the most eye-catching games in the entire PlayStation 2 directory. Of course, we’d be remiss in not mentioning the fact that this was Dragon Quest’s first foray into the full 3D graphics realm; everything prior to it was a 2D affair. Thus, to see Dragon Quest’s wild world given in HD for the very first time would be a sight to behold. This is one of those games that should be on every RPG-lover’s list of must-play titles.