Peter Molyneux has created a number of legendary titles since he began making games in the ’80s, earning numerous accolades and pioneering one of the most important genres in gaming history. But his ambition has become somewhat infamous over time; he’s always reaching for creative new ways to play and experience games, but almost always misses the target in some way, shape or form. And Molyneux’s eagerness to innovate is no secret (he’s admitted it himself): he’s formed a recurring theme for anything he’s made. Peter Molyneux refuses to settle in the current environment of gaming; whether it’s good, bad or in between, the Lionhead visionary has never stayed in one place in the industry. He loves the future, but can never reach it. He hates the past, but can never embrace its strengths. Welcome to the Molyneux Paradigm. 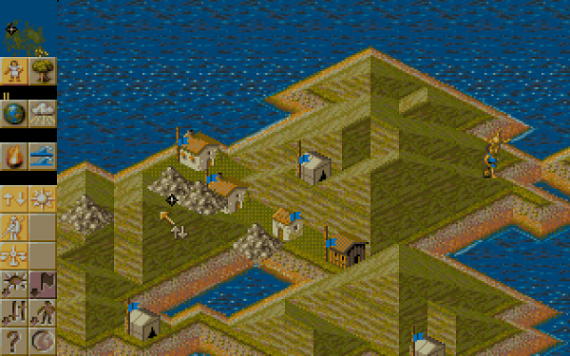 Peter Molyneux’s role in the gaming industry has been one of the longest in the industry’s history, with his first game, The Entrepreneur, being released in 1984. The Entrepreneur, despite Molyneux’s enthusiasm toward it, was a mass commercial failure, said to have sold only two copies (one of which rumored to be from his own mother). After the game’s brutal release, Molyneux left the industry for the next three years, until he teamed up with Les Edgar to begin the game development company Bullfrog Productions. Though the company released a scrolling shooter named Fusion a year before, 1989 marked the release of Populous, Molyneux’s claim to fame and what is arguably the very first “god game.” Populous was a commercial success, becoming the best-selling game from the company and becoming the progenitor for future strategy games of its kind. Further Bullfrog games like Dungeon Keeper followed in Populous’ wake until Molyneux created Lionhead Studios to produce other god games like Black and White. Molyneux steadily continued experimenting with new ways to play with Fable on Xbox and use of Microsoft’s Kinect peripheral (with the tech demo Milo). Currently with 22 Cans Studios, Molyneux is developing a “spiritual successor” to his game Populous called Godus, which met funding goals on Kickstarter in 2012.

While Molyneux’s inventive mindset gave rise to the “god game” genre (a genre loved by many a PC gamer), he’s also earned himself a number of negative connotations with how he promotes his games. It’s become a running joke that Molyneux tends to hype up any project he invests in to absurdly high levels, only to have the games miss their mark in one way or another. Fable became one of the most noteworthy examples of this “Molyneux Paradigm.” During the game’s development, Fable was regarded by Molyneux and Lionhead as a paramount innovation in role-playing games. Using more open-ended role-playing elements like morality and personal alignments was pitched as this rejuvenation of the role-playing idea, a way to give players more options in creating an avatar and playing to their liking. Molyneux himself even referred to Fable as what would be “the best game ever” during the development. 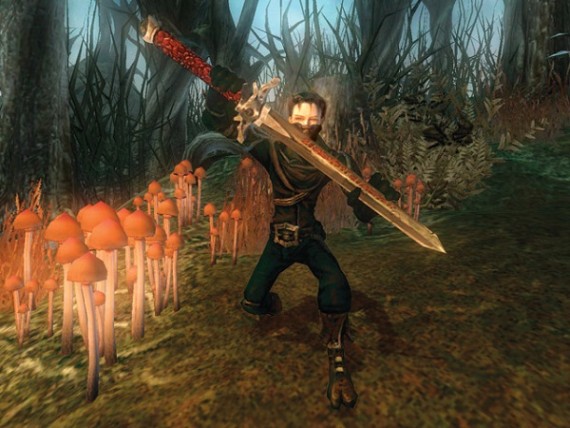 Fable eventually was released in 2005 to high anticipation, but the game failed to live up to Molyneux’s sky-high aspirations. The game earned acclaim for its real-time combat and various methods of dispatching foes, but the morality system was much more limited than originally pitched (good and evil were the only really distinctive ways to progress in the game) and a number of features such as the children component were missing. The abilities to impact the story and the world around you were disappointingly limited as well. But despite these problems, Fable was still received with enough praise that it became a full-fledged series, with Fable II dropping in 2008 and Fable III in 2010.

Fable III was another big moment for Molyneux. The game introduced more management features in ruling the kingdom, but was panned for many of the same simplification qualms that plagued the first Fable. It certainly wasn’t poorly received, but it showed that many of these ideas that Molyneux pitches are ones that are much less practical and efficient within the current state of the medium. If the first part of the Molyneux Paradigm is hyping up a game to ridiculous levels, then the second part is to show unequivocal disdain for the game a ways after release. Fable III has been labeled by Molyneux as a “train wreck,” when, all things considered, it really wasn’t. It had flaws, but the things that worked actually worked rather well. This same attitude was also delivered from Molyneux with Fable II. During the lead-up to Fable III, Fable II was considered “rubbish.” Everything in the game, from the story to the controls to the aesthetic design, was bashed to no end by Molyneux himself. To make this concept even more surreal, Molyneux has even been severely self-critical to his game Populous, one of the keystones of the god game genre.

While Molyneux has certainly made this attitude a recurring (and expected) one, many of the creative ideas from him are the ones that never saw the light of day. Personally, I’m of the small camp who believe the Kinect/Natal demo Milo was an interesting idea that deserved to be investigated upon further; maybe not with Kinect, but with the idea of simply talking to a person and developing a social relationship with them over time, similar to how you build the foundation of a city into a giant metropolis. Molyneux’s Milo project became one of the most iconic figures of the early years of Kinect, but the project was never realized, Kinect functionality or not. And quite frankly, Milo remained one of the more interesting Kinect projects. Considering the widespread disapproval of Kinect, one of the few good things to come out of it was the potential of a game like Milo. Molyneux was trying to make something cool out of something massively disliked: Milo out of Kinect.

This idea continues with microtransactions, something that Molyneux has been dead-set on improving. Trust me, I don’t like how microtransactions are being used today, but Molyneux has been working on ways to use them without letting them lean toward the realm of exploitation. He’s condemned the use of microtransactions in the mobile version of Dungeon Keeper, claiming they are not consumer-friendly, but he wants to find a way to make them palatable to an audience. That’s become something of another recurring trait of Molyneux: taking something universally disliked and trying to refine it so that it isn’t hated nearly as much. 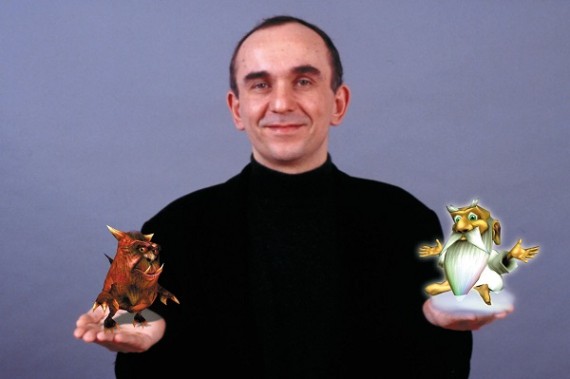 And really, Peter Molyneux, for all his broken promises and enormous aspirations, is an innovator. He’s proven his enchantment with taking well-tread ideas and making them into something unexpected. Populous remains one of the most important games of all time, and that couldn’t have happened without some desire to step beyond the established setting. Fable to a lesser extent and certainly with the Milo demo, Peter Molyneux hasn’t made anything flat-out terrible in decades. But his tendency to get excited about his new ideas so much has led to a negative perception of who he is: many in the gaming community consider him a dreamer, not a doer. Quite frankly, I think that’s unfair to say. Some companies are perfectly content with what they’re doing in gaming, but Molyneux has proven time and again that he’s never satisfied with his creations. He’s always reaching further, even if his eagerness to progress has made him despise the past and ignore the present in awkwardly narrow-sighted ways.

Whether you like him or not, Peter Molyneux is a man that’s in a perpetual state of dissatisfaction with the status quo of the industry, and that’s really what makes his career so incredibly fascinating.