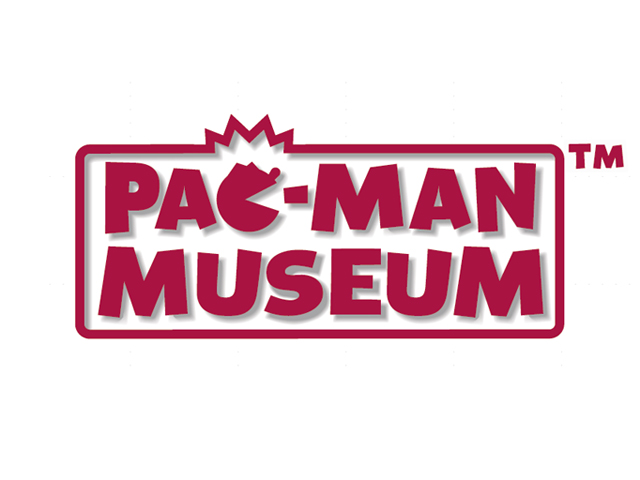 Despite a few speed bumps in his historic career, Pac-Man’s reputation has always commanded respect. Sure, the series has experimented with some unusual ideas over the past three decades, but the little guy has certainly made fewer fatal errors than say, Sonic the Hedgehog. The first game in this illustrious series is something you can easily find — it was even a playable Google banner at some point. But as for other entries, they can be relatively difficult to come by — until now, that is. With Pac-Man Museum, you have several classic — and a few obscure — Pac-Man titles, all conveniently assembled in one collection.

The 1980 debut is unanimously regarded one of the best, and definitely most popular, in the series. In fact, to many that’s all you really need to play. While that is true to some extent, with Pac-Man Museum you get the groundbreaking debut alongside several other solid entries — some of which you’ve probably never heard of. With eight nicely ported games right out of the box (plus Ms. Pac-Man as free DLC until the end of March), it certainly makes the collection a worthwhile value proposition for any Pac-Man fan.

The collection is nicely presented, with a pleasant 3D menu which you can decorate with characters and items that are unlocked as you play each of the games. While the collection does not have the graphic filters which you can find in similar compilations, it does allow for some customization where it matters most: in the form of options that allow for difficulty and rules to be modified for each game. The available modifications range from session length to the highscore required before gaining an exra life. For most games you are given a level select option, and in the case of Pac-Man (1980), you’re provided a nifty navigation tool with a ghost Pac-Man that offers hints during gameplay.

These gameplay options are essentially luxuries intended to help players master these games, and are a welcome tweak to these tried and tested classics. While graphical filters would have been a nice addition, these games are still nicely optimized for current resolutions and look quite crisp and clean. But let’s get right into the heart of it and talk about the actual games, starting with the one that started it all.

The original Pac-Man needs no introduction, and is one of the few video games in existence that is virtually perfect. It’s a deceptively simple game: collect all the pellets in the maze, avoid the ghosts, and pick up a power-pellet to send them running. But beneath the casual game exterior lies a highly layered and ingenious game design. The algorithm written for the artificial intelligence is truly a scientific work of art, no exaggeration there. The behavior of the ghosts appears to be random and chaotic in the first instance, but the more time you put into it the more you appreciate their game plans. This is a truly challenging video game that demands attention and strategy: from the way you coast your path, to predicting enemy patterns, and timing the usage of power-pellets. There’s a reason people have written books and research papers on the design of Pac-Man.

Included as separate downloadable content is Ms. Pac-Man, which is free until the end of March, 2014. Starring the love interest of our hero, Ms. Pac-Man plays akin to the debut game with some notable modifications to the design. It’s about as highly regarded as its predecessor and you definitely want to consider being an early adopter of Pac-Man Museum if you’ve any interest in his ladylike counterpart.

A perfect game is a tough act to follow, and the initial sequels to Pac-Man didn’t really attempt to tweak or expand the formula that worked so well. Instead, they tried to change the rules of the game entirely. While their attempts at rewriting the book may have been met with limited success, and most certainly didn’t surpass the original design and formula, they’re still interesting and highly playable alternatives.

The first true follow-up to the original game is Super Pac-Man, and this sequel replaces pellets with food, retains the power-pellet, and adds another special pellet which transforms Pac-Man into “Super Pac-Man.” The main objective is to eat all the food and use the various keys to unlock paths, and with the “Super Pac-Man” transformation you can basically bypass locked corridors. It’s not a great game, but it’s still a fun take on the formula.

A far more unusual sequel present in Pac-Man Museum is Pac & Pal, where your objective is to flip cards over to unlock paths which then allow you to collect the item displayed on the card. Replacing the power-pellets are a variety of interesting power-ups, which allow Pac-Man to shoot projectiles at ghosts rather than attempt to escape as tradition would have it. The “Pal” in the title may be referring to Miru, and there’s doubt in that because she isn’t really much of a pal. While she causes no harm, she does steal items, and that’s just not cool.

Pac-Man Museum curiously contains two very left-field entries as well, namely Pac-Land and Pac-Attack. Pac-Land is a serviceable run and jump platformer with a rather flat level design and progression, clearly an early attempt at creating a Pac-Man themed platformer. They did, of course, successfully nail the concept with Pac-Man World and the more recent Pac-Man and the Ghostly Adventures. Pac-Attack is a Tetris spin-off with a twist involving ghost pieces and a Pac-Man piece which can clear those ghosts out. Although they’re not truly terrible, these two unorthodox entries are easily the weakest games in the collection. Fortunately there are two titles in Pac-Man Museum that nicely expand upon the classic formula: Pac-Mania and Pac-Man Arrangement.

If you’re a nineties kid, then chances are that Pac-Mania was your first Pac-Man game. It certainly was mine, and it still holds a special place in my heart. It uses an isometric 3D perspective which doesn’t give you the entire view of the maze, but this adds an interesting element of unpredictability. Pac-Man can jump over ghosts in this one, a much welcome mechanic which fits like a glove in the design.

A far more ambitious and fleshed out sequel is Pac-Man Arrangement. To me, it’s like the Saturn Bomberman of the Pac-Man series because it takes the classic formula and gives it a contemporary video game structure with defined game worlds, creative visuals, level design gimmicks — such as speed ramps, elevators, and teleport pads — power-ups, and even boss battles. This game is a personal favorite of mine, and one of the overall best in the series.

Pac-Man Museum is certainly a nice trip down memory lane, but it does one better by including recently released Pac-Man games. Pac-Man Championship Edition is a game that deserves a standalone purchase, but it’s nicely embedded within Pac-Man Museum for your gaming pleasure. Championship Edition is a zany visual ecstasy with an addictive bite-sized structure which places emphasis on racking up insanely high scores above everything else. It’s a blistering fast and chaotic experience that takes the classic template to places it has never been.

Finally, Pac-Man Museum offers the recent arcade release Pac-Man Battle Royale for the very first time on home consoles. A strictly multiplayer game where four colored Pac-Men duel for the highest score. Understandably, the game does not support online multiplayer in this compilation, but it still makes for a fun couch gaming session with friends.

Pac-Man Museum is a nice history lesson in pure gaming bliss. Despite a couple of peculiar inclusions, this is a strong collection that will better acquaint contemporary gamers to the world of Pac-Man. It offers the original Pac-Man at its absolute best, and the games in the collection that expand upon the classic formula are all immensely replayable. That said, even the more experimental variations present in this collection provide a welcome and commendable alternative. If that didn’t already make this compilation a solid value proposition, it also throws in Championship Edition and Battle Royale. In short, Pac-Man Museum is the best representation of what has been a truly illustrious video game career.