Over the last couple weeks, gamers have become fascinated with one of the weirdest gaming experiments ever to hit the internet, Twitch Plays Pokemon, a Twitch channel that featured a playthrough of Pokemon Red directed by the viewers’ key inputs. Despite a rocky start, the game became a viral phenomenon, earning tremendous amounts of coverage and the meme-inducing worship of many a viewer. The game became an unexpected victory, when the stream finally displayed the completion of Pokemon Red at the hands of over 600,000 different viewers. Now Twitch Plays Pokemon is back to tackle the second generation of Pokemon with Pokemon Crystal. With the idolization of the Helix Fossil in tow, the stream is already off to a very good start, but a cloud of discouragement floats above the second effort to immerse Twitch streamers in a collective Pokemaniacal consciousness. 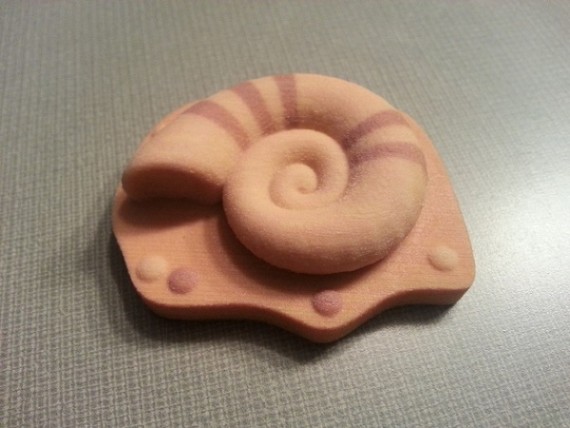 Twitch Plays Pokemon was originally crafted anonymously for streaming site Twitch, where a collection of algorithms was able to process commands from streamers and integrate them in-game. Essentially, streamers could submit a button command and the game would process the command. Designed as a “social experiment”, Twitch Plays Pokemon became a troll’s paradise immediately, where commands like pause were spammed and ledge-heavy environments took hours to successfully navigate. The frantic nature of giving control to hundreds of thousands of viewers definitely had its perverse appeal, but the game took a shockingly robust turn when the first gym leader, Brock, was defeated two days after the project began. With the implementation of the “democracy mode” to encourage progress and the ability to switch back to “anarchy mode” to encourage user input, the Twitch Plays Pokemon adventure eventually reached a point of viral purpose, with more gym leaders being defeated and navigation becoming much more substantial. The social experiment reached its apex when on March 1 the Pokemon League Champion was defeated and the game was successfully completed. Twitch Plays Pokemon became a viral juggernaut, earning memes, press coverage and an overarching study at this surreal approach to sociology in video games. After Pokemon Red’s viral success, a countdown appeared on the Twitch page of the game, later being revealed as the second Twitch Plays Pokemon “social experiment”, Pokemon Crystal.

The real shocker of Twitch Plays Pokemon was really how it progressed. Its anonymous overseer had no intention of making anything too substantial; they wanted it to simply be an “experiment”, a way to see how the public would react if given collective control over a single avatar in an RPG. At its implementation, Twitch Plays Pokemon was destined to be a giant mess. With so many different intentions and goals between thousands of viewers at a time, earning a sense of unification was never expected, and at the start, it didn’t appear. But Twitch Plays Pokemon eventually reached a level of unity between its viewers. Its audience had a common goal: to see this thing through to the end. It was destined to fail and that’s why we wanted it to succeed. The fact that the Elite Four and the Pokemon League Champion were all defeated was astonishing, marking the very unlikely victory of thousands of gamers. 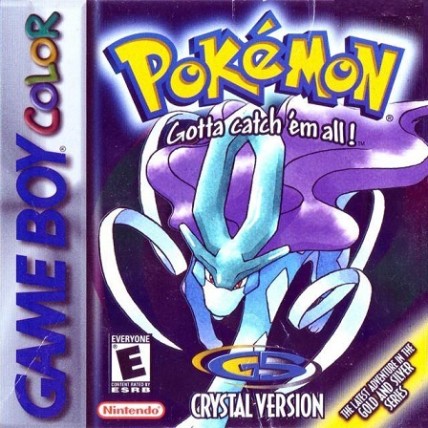 But there’s a smaller sense of spectacle with doing this project again with Pokemon Crystal. It’s not because the game is bigger or better. It’s not because the streaming technology or interface is more improved. It’s because Twitch Plays Pokemon isn’t really a surprise anymore. We’re not expecting a massive failure filled with trolls and pause spammers because we’ve seen this idea conquers those odds and succeed. This idea has been proven to work. The biggest and most hypnotically enticing novelty of Twitch Plays Pokemon was seeing an in-game avatar walk in circles, fumble through his inventory, and “accidentally” release twelve Pokemon at a time. There was no goal. It was just watching millions of commands flow through a feed.

While that was the reason to start watching Twitch Plays Pokemon, the steady and ultimately successful progression is why you kept watching Twitch Plays Pokemon. That point where the planets were aligned and everyone was able to defeat the first gym leader was this revelatory moment that showed everyone that this idea had potential. Something really good was set in motion and there was a chance to see it through to the end of the Indigo Plateau. That moment inspired many participants to toss aside their trollish ways and actually make the effort to complete the game. Because let’s face it; this had never been done before, at least not to this magnitude of collectivity online. It was fascinating seeing a project that really had no objective or target to speak of contribute a sense of unified purpose from gamers, one set toward reaching the end credits. That moment where the first gym leader was defeated was such a remarkable turnaround; it got everyone saying “could we actually reach the end the game?” 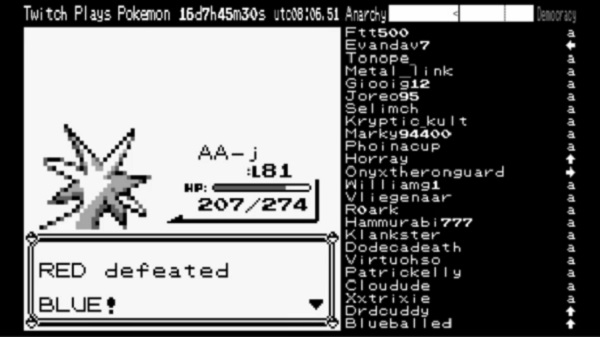 That phrase, the indecisive question of reaching a distant success, will not appear in Twitch Plays Pokemon Crystal, because the question’s already been answered. Yes, we can actually reach the end of this game; we’ve proven it. That lack of assurance is why the sequel isn’t likely to reach that same level of perverse experimentation. Pokemon Red was completed and Pokemon Crystal will be completed too. There’s no surreal mystery to it because we know the answer. It’s like watching a movie where there’s an incredibly unexpected, Twilight Zone-y twist near the end. No one could’ve seen that coming; it was an unprecedented surprise. But then you watch a sequel to that same movie. There’s no surprise, because now you’re expecting that twist. The disorientation from such an unexpected result isn’t there in the sequel; when you know a twist is coming, the impact is significantly lowered.

Twitch Plays Pokemon displayed a mastery of that twist ending, where every single factor was out of the audience’s favor, but above all odds, the audience won. They conquered the impossible and proved that online collectiveness toward a common goal is actually possible to achieve. That’s why the Pokemon Red playthrough was so important and memorable. But now, as with that movie sequel, we know the potential and we’re likely to continue to work to achieve that potential. We know it’s there, so there’s much less fascination with it. Unknown potential is infinitely more resonant than known potential; while Pokemon Red had unknown potential that mysteriously sat in the back of the audience members’ minds, Crystal’s potential is much, much more obvious. The viewers are much more likely to work toward the game’s completion it if we already know it’s obtainable. 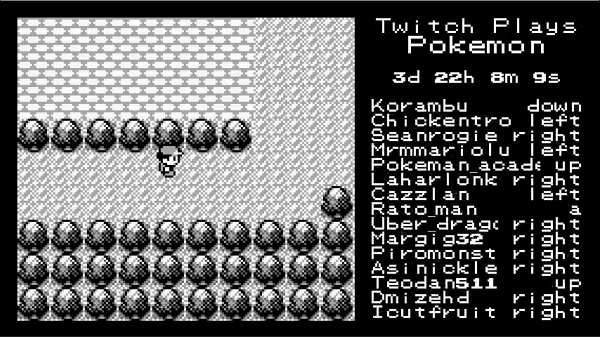 Twitch Plays Pokemon stands as one of the most unexpected achievements to come out of gaming culture in years. It was a brilliant demonstration of online community, viral viewership, and gamer dedication. It remains a downright magical endeavor that will be remembered for years to come. But like many a sequel, Twitch Plays Pokemon Crystal isn’t likely to live up to the original’s quality. The mystery is gone and the gamer support has reached an all-time high; we know that this game can be completed, and that’s the biggest problem. We expect it. We know it’s not just possible, but inevitable. There’s much less fun in that, since ignorance really is bliss in this case. With the assurance that Pokemon Red can be completed, even in the hands of hundreds of thousands of random gamers, we’re prepared for Pokemon Crystal. The distorted novelty just isn’t there anymore; Mt. Silver is as good as done and everyone knows it.