Some games aren’t worth the $60 release price. Or half as much, for that matter. How many times have you bought a game and told yourself that if it’s terrible, it was only five bucks?  This brings us to the “Bargain Bin” realm of gaming, a second glance at games far enough down that they don’t see light. Guilty pleasures are a blast — so long as no one’s watching.

What happens when non-Japanese game developers attempt to create a Japanese-style role playing game? One with all the tropes, anime aesthetics, and presentation values typical of a Nipponese video game? Well… it’s a bit of a hit or miss affair really. The indie developed Pier Solar is probably one of the better examples of a solid Japanese-style RPG developed by team with little to no Japanese staff. Then you have something like Sudeki, which was a rather unusual title released for the original Xbox back in 2004.

People like to complain about the limited Japanese support that the Xbox 360 received in the last generation, but I’m guessing they forgot how completely non-existent it was when Microsoft first entered the console wars with the original Xbox. Apart from SEGA and Team Ninja/Tecmo, the Xbox got little to no love from Japanese developers. The PlayStation 2 was housing all big name AAA JRPG releases: Final Fantasy, XenoSaga, Dragon Quest, Suikoden, and several niche cult titles by Atlus and Nippon Ichi. The Xbox had next to nothing save for a few obscure flop releases that never really left Japan. 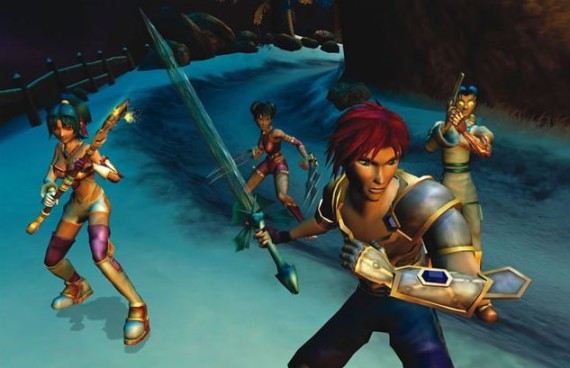 To solve this pressing issue, Microsoft Game Studios along with a British studio by the name of Climax Group, decided to join forces and fill the glaring void with the most-Japanese RPG they could possibly create, without actually enlisting a studio from the native territory. The end result was Sudeki, a game that was deemed to be average at best when it was first taken apart by critics back in the day. It’s a game that hasn’t aged too well by today’s gaming and RPG standards, but for what it’s worth, you’ll at least experience a rather unique RPG that tried its hardest to be something it wasn’t.

Sudeki’s art, story, and characters are such a blatant and poor imitation of Japanese RPG norms that you are almost guaranteed to cringe. In fact, it’s this cringe factor alone that makes the game worth the small price of admission it demands today. It’s like you almost want to see how Japanese a British developed RPG could possibly be. The unapologetic audacity of the dialogue and voice acting needs to be heard to be believed. That said, they at least put decent effort into creating a fun and interesting game world to explore.

I suppose what makes Sudeki worth checking out is the fun game design and action-heavy combat system. Everything in this game takes place in real-time, with all the game elements coming together quite naturally. The game world may not be anything inspiring from a purely aesthetic standpoint, but at least it has scope and variety in both visuals and puzzle design.

The battle system is perhaps the strongest suit of Sudeki, offering a real-time and purely action driven experience. It uses a system in which the player controls just one character at any given time while the other party members are controlled by A.I. What’s cool about this system is that you can seamlessly switch player control between the party members at any time during gameplay. The combat variety is fun too, with most characters having nifty combination attacks. Some characters are also able to utilize a cool first person perspective in order to better aim spells and projectiles. In a way, the combat in Sudeki sort of feels like a more hands-on variant of the battle system used in the Phantasy Star Online series.

If there is one important lesson we can learn from Sudeki, it’s the value of just being yourself. If you’re going to try attempt something that is outside your comfort zone, then at least do it by being inspired by your influences and not just imitate them. Imitation may be seen as the sincerest form of flattery in many walks of life, but in the case of video games it’s just plain unflattering. Heed of this lesson my indie friends. 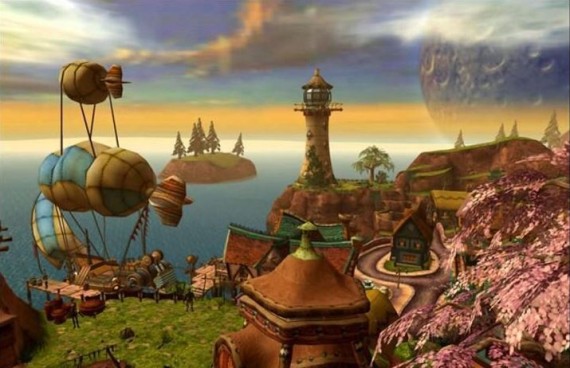 Sudeki is a game that leaves a lot to be desired, but for the small fee it demands today, it’s worth taking a look at Microsoft’s rather desperate attempt at providing a makeshift JRPG to a system that really needed one. While Sudeki generally looks and sounds pretty uninspiring and bland, the core gameplay and design is at least solid enough to warrant a hands-on session. If anything, it’s a curious little Xbox exclusive that will look good in your collection and make for  a nice conversation piece… maybe.

Dig deeper into The Bin. Head here for more guilty pleasures in gaming.