The video game medium has become the biggest scapegoat to public tragedy than any film, TV show or musical album could ever manage. We’ve all read the countless claims from political pundits who blame a game like Dark Souls or Portal 2 for some terrible event, misconstruing our views of an ideology or philosophy that we gamers wholeheartedly respect. It’s an obvious consensus that gamers don’t like real-world violence or any form of tragedy, yet a number of media outlets believe that our twisted, violence-conditioned psyches can’t comprehend that kind of sadness. But looking back at how far video games have come since the ’80s and how much controversy the medium has endured, we’re still fighting the fight to prove the positive notions of video games.

And we’re still losing, but not because of our case. Whether it’s as a “meaningless fantasy” to distract us from real responsibility or a form of truth that can have “dangerous effects in the real world”, video games are always, always under fire by those who simply don’t understand the medium.

During my lifetime, video games were simply tagged as “ways to make you dumber.” My generation that started with the NES, Super NES or Sega Genesis was panned considerably for playing video games. That widely stated stigma of “rotting your brain” was being used constantly. Video games were a sense of escapism for kids back then, where being a mage in Final Fantasy or leaping over chasms in Super Mario Brothers gave us a sense of imaginative superhumanism. For any kid who pretended to be a superhero during their early years, video games were a slightly more tangible representation of that idea, a more concrete demonstration of that imaginative vibe we all experienced long ago. It was a fantasy for gamers. It wasn’t realistic; even the most down-to-earth games still possessed this otherworldly charm that couldn’t be tied to the real world. During those times, games were anything but realistic. Their existence was an exciting and fun form of escapism. 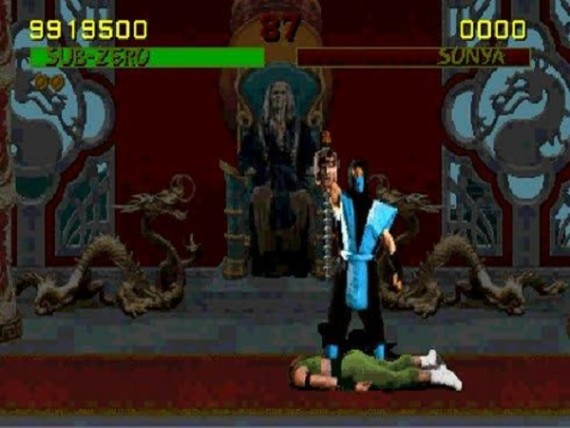 But then came Mortal Kombat, arguably the most controversial video game ever released. It was violent, bloody, and came with a free video game content rating board. The edginess of Midway’s fighting game brainchild was something purely unexpected in a medium that was routinely focused on the younger audience. Court cases, parental rallies and government hearings sprouted up everywhere after Mortal Kombat was released. The controversy led to the development of the ESRB, which assigned video games age ratings similar to movies and TV shows. Quite frankly, I don’t have a problem with that, since the ratings system is simply a way to display the maturity of the game’s content more prominently. Still, while the ESRB ratings system was a tremendously important development for the industry, its very existence shows that one of video games’ most attention-grabbing moments was one tied to unparalleled negativity. Mortal Kombat got that mainstream publicity because of its potentially negative impact on its audience and for very little else.

Grand Theft Auto III followed suit with a violent, sexualized and purely mature approach to game design. Rockstar created an open-world that could be experienced at the pace of its player, pushing the boundaries and giving the player a much stronger sense of control in how they progressed. It was a very important game during its generation, establishing the open-world genre’s place in gaming history. However, this game design’s importance was shoved aside in favor of the game’s blatantly mature content. Politicians, lobbyists, and disgruntled parents everywhere raged at Grand Theft Auto III’s adult-centered content, condemning it and treating it like some harbinger of the End of Western Civilization. It wasn’t given attention by the mainstream media for its progressive use of ludological design or multi-layered interpretation of gameplay; it was given attention for its maturity and that attention was purely negative.

Grand Theft Auto wasn’t the last series to be panned in such a negative way. Everything from the gruesome kills of Manhunt to the “sexual assault” claims toward the 2013 Tomb Raider have been flooding mainstream media, condemning games, their developers, and the gamers who play them. This trend of vilification of video games is no less common now than it was in the 90’s with Mortal Kombat. These “violent video games” are panned as methods of expanding upon primal desires for violence. In a nutshell, these games are criticized to be media that can encourage violent behavior. Their naturalistic violence and intense graphical fidelity show dangerous and potentially lethal situations in vivid view. They’re so realistic that it could encourage a younger gamer to actually try and hurt someone similarly. In essence, they are too realistic.

Can you see the irony with that? They’re too realistic. They’re realistic enough that an impressionable gamer could emulate that terribly violent behavior. Remember back when you were a kid and you were told that you’re living in a “fantasy world” when playing a game like Mario or an MMOPRG like Ultima. Remember how the gaming crowd was condemned for existing in this completely unrealistic world outside of this life. Remember how the fantasy world would “rot your brain.” Now fast forward to the 90’s, when a game that’s gruesomely realistic is released, one with blood and visceral fatalities. Move to the 2000’s when a game taking place in a relatively accurate aesthetic representation of New York City, where players can bludgeon prostitutes and run over pedestrians with their car. That is realism. That is a world that was finally able to transcend its imagination-fueled façade and achieve a place in the media world where unabashedly realistic films like The Godfather and TV shows like M*A*S*H were embraced as artistic cultural commentaries and excellent narratives. Mortal Kombat’s violence was (for the most part) a real deal. It was no goofy, coin-collecting, flying raccoon fantasy. Grand Theft Auto III was a real deal. It was an accurate representation of a crime-packed world without moral code, with a captivating story to boot. 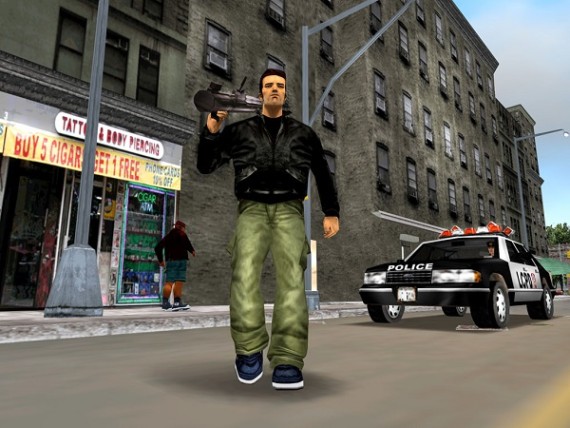 Yet these games were vilified for being realistic. Their content was argued to be too much for the impressionable audiences of gaming, claiming that they’d encourage gamers to blow up their office parking lot or rip out their friend’s spinal cord. These games that were finally able to be treated as decidedly mature media were hated. Angry parents who feared their children’s well-being cried out for retribution from Midway and Rockstar. Politicians aimed to get these games removed from store shelves for concern with how America’s youth would react to their content. These games were treated like contraband, things that were intended to ruin the minds of their audience, even though they were from a medium that up until then was unable to disappear from its pointless fantasy umbrella and into a more substantial form.

And this has nothing to do with the audience being kids. Yes, the younger crowd was the target demographic for video games in the 90’s and early 2000’s, but that’s not the case anymore. Nowadays, games are for everyone. Regardless of your background, there is a game you can play and enjoy. Video games are not reserved for kids anymore; the audience is much more diverse. But games are still being bashed as a danger for kids, as something realistic enough that a gamer could perform a violent or illegal act simply because it’s in a video game they played. Violent video games are still being used by politicians and news networks as explanations for some tragic event that occurred the week before. It makes no sense that a medium that was passed off as childish diversion into a fantasy world is now being condemned as the complete opposite: something that’s just too realistic. 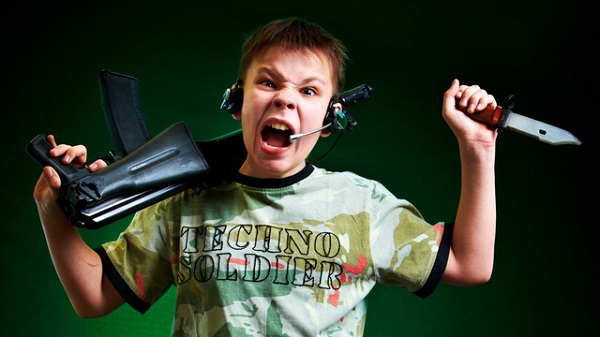 It boggles the mind how sharp a turn this road took. The realm of fantasy and escapism was condemned as a blind evacuation of the real world, as a way to embrace the unreal and ignore what’s really going on. Now, the realism has become a problem, as games that are ingrained in realistic violence and criminal behavior are being considered to be catalysts toward real world crime, violence and sexual practice. The middle ground appears to have never existed; over the course of a few years, games moved from ridiculous escapism into an applicable component toward real-world violence. Either way, the mainstream media is challenging video games’ influence, ignoring every positive application of the medium and treating them like the handiwork of some widespread criminal organization.

As gamers, we’ve been through a lot as far as how our passions have been interpreted. With the modern explanation of games contributing to violence and the classic explanation of games being a blindly ignorant fantasy, it’s clear now that our truth has yet to be studied properly by the mainstream. We know the secret, even if everyone else is going in the completely opposite direction.