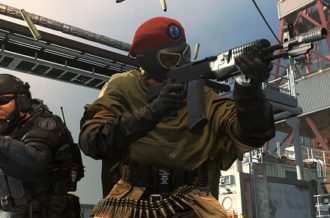 The Riptide GP series has been a huge hit on mobile devices for years, and has finally come to PC via Steam. Surprisingly, the series isn’t starting with the first entry on PC, but instead hits with the sequel first. It’s just as well since it’s an excellent game that improves the graphics and overall trick system. While the Steam version is normally $10, until March 14, you can snatch it up for $7. If you’ve got a group of friends that want the game, a four-pack is available for $25. This franchise is headed up by Vector Unit, the devs behind Hydro Thunder Hurricane on the Xbox 360. This is basically that same kind of fast-paced racing action, but with more Wave Race-esque vehicles. Comparing the screens of the Steam version to the Android version running on an OUYA, this version appears to have sharper and more detailed graphics, and is worth the increase in price compared to the mobile incarnations.